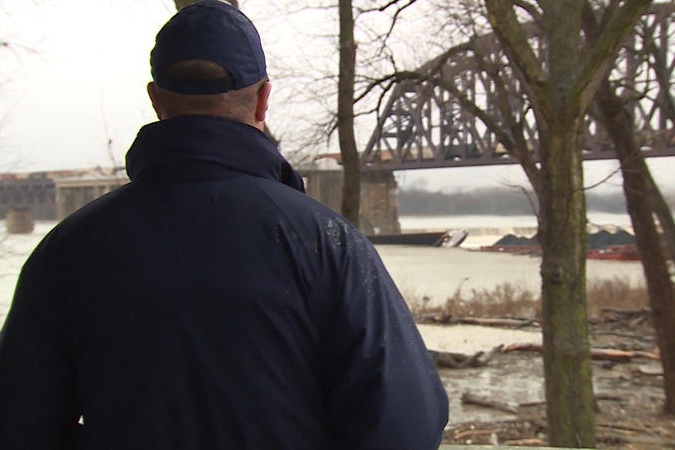 Salvage crews started working to lift nine coal barges out of the Ohio River on Wednesday. The vessels got stuck on a dam near Louisville on Christmas night when the tugboat pushing them crashed into a nearby bridge.

All but two of the barges in the river have sunk.

Katie Newton is the public affairs specialist for the Louisville district of the U.S. Army Corps of Engineers. She says salvage crews are first going to remove a barge that’s blocking the two that are still afloat.

“And they will remove that coal from those two barges and then pull them away — so it’s sort of the easiest ones to tackle first," Newton says.

After that, Newton says crews will use floating cranes to remove the remaining barges.

“They’ll kind of loop their wires around the end of each barge and pull those barges up,” she says.

Newton says crews will try to recover any coal on the barges before lifting them out of the water. She says getting coal off just one sunken vessel could take days.

The Coast Guard says the investigation into the tugboat crash is still ongoing.

CORRECTION: The original version of this story stated that the tugboat was pulling 15 barges. It was actually pushing them.