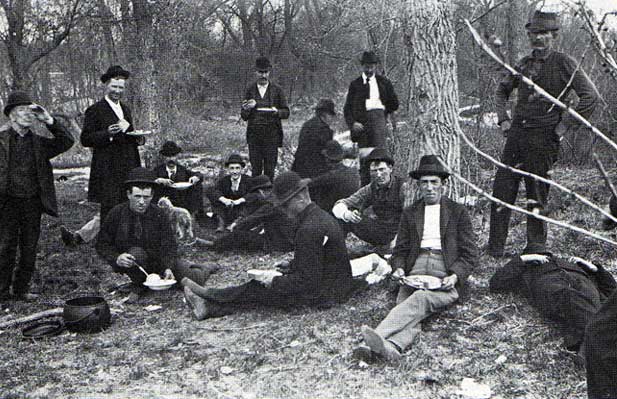 A Summer Spent Riding The Rails

A restless teenager spent the summer of 1936 as a temporary hobo, riding the Monon line through Indiana en route to the Texas Centennial Exposition.

Refreshing The Memory Of A Parks Pioneer

A weary landmark in Riverside Park is a far cry from the vision Thomas Taggart had for Indianapolis as its mayor from 1895-1901.

Making Tracks Out of the Stone Age

Mechanization of the removal and transport of Indiana limestone ultimately transformed the skylines of New York, Chicago and Washington.

Those who follow college football know that the Monon Bell represents the long-time rivalry between DePauw and Wabash Colleges. The 300-pound locomotive bell, first awarded as a trophy in 1932, was a gift from the Monon Railroad. Founded in 1847 as the New Albany and Salem Railroad, the Monon provided service from Lake Michigan to the Ohio River by 1853.