A Society Wedding In Early Indianapolis

A letter written from Indianapolis in June 1840 suggests that weddings of the rich and famous were as eagerly anticipated almost two centuries ago as today. 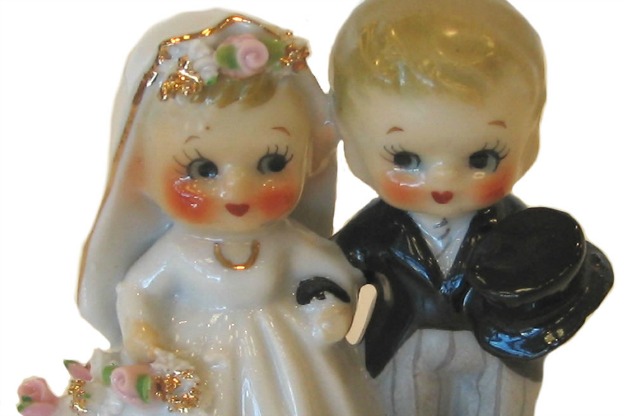 Society weddings have long fascinated the rest of us, as a correspondence between two Indiana friends in June 1840 reveals.

Few events are more likely to make the covers of today’s popular magazines than the weddings of the rich and famous. Readers want details on the bride’s gown, the identity and apparel of her attendants, the flavor and design of the cake, the after-wedding party, the honeymoon, and on and on.

A letter dating from June 1840, written from Indianapolis, suggests that not much has changed in almost two centuries.

In the midst of her hectic social schedule, new bride Catherine Noble Davidson, the daughter of Indiana’s governor Noah Noble, sat down to write to her girlhood friend Margaret Sullivan. Margaret, the daughter of a judge, was as yet unmarried and, living well to the south in Madison, Indiana, had heard of Catherine’s marriage second-hand. The bride sought to smooth her friend’s ruffled feathers by describing the wedding, and her life as a newly married woman, in considerable detail.

“I will now tell you about my wedding how I was attired for the occasion,” Catherine wrote. She described her white satin dress, “very rich and thick dead white,” giving her friend every detail of the sleeves, the bodice, and the skirt. Catherine continued on, writing about her gloves, her hair style, her shoes, and even her handkerchief. She elaborated on the dresses of each of her attendants, and on who walked into the ceremony in what order.

She told Margaret about the wedding supper with a “very elegant” Brides cake as well as an “elegant jelly cake and other kinds in fruit baskets . . . tea coffee [and] ice creams.” Finally, she also remembered to describe her groom Alexander Davidson, who looked “very fine . . . extremely handsome [and] very animated.”

Mrs. Davidson’s letter, in addition to giving readers a view of the fashions of the time, offers a glimpse into the society of early Indianapolis. Not yet twenty years old, the town could boast some fine homes, built by government officials, lawyers, bankers, and a few other wealthy inhabitants. Like any other city, Indianapolis was developing an upper stratum of society—Catherine’s wedding was attended by two hundred guests, and the minister who married the couple was Henry Ward Beecher, one of the famous Beecher clan who had taken a parish in the Hoosier capital in 1837.

As a young society matron, Catherine knew that she was now beginning “to take my own stand in society.” She offered Margaret some details of her new social life: “I am invited to dine at Mr Beecher’s today . . . . We are going to a party tonight.” Catherine’s days were also consumed with her social obligations: “We had a great number of calls on the next day after our marriage, and someone has been out ever[y] day since. Last evening we had twelve calls.” Catherine was almost breathless with the excitement of her new life, hoping Margaret could read what she had written: “I have not looked at a word as I have written if you can read I will be glad.”

Catherine and her husband would go on to raise a family of five boys and girls. Their oldest son, Dorman, is still a part of the history of the city’s Near Eastside via Dorman Street, which runs through part of the once extensive land holdings of the Noble family.