A Savory Solution For A Surfeit Of Squirrels

An Indiana farmer in the 1840s came up with a savory solution for the squirrels threatening his corn crop: burgoo. 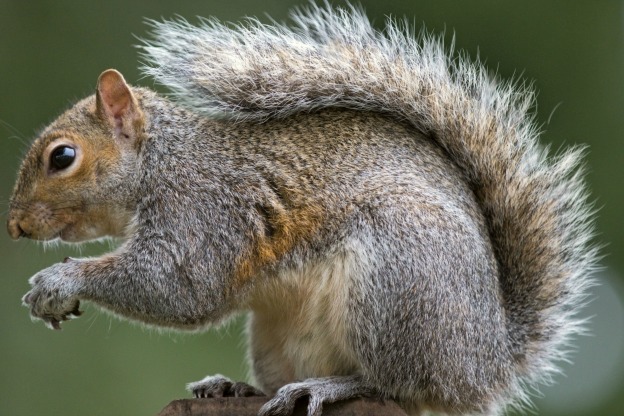 One website dedicated to teaching American history to young children suggests that teachers have a pioneer day, complete with crafts and food. The site author suggests that the children make hardtack, top it with hand churned butter, and serve apple cider to drink. In many instances, however, what was considered a feast by hard-working pioneers would scarcely have appealed to most of today’s children—or adults.

Samuel Corbaley was born on a farm west of the small city of Indianapolis, in 1834. Many years later, he recalled for a newspaper writer one spring in the 1840s when he and his family and many of their neighbors gathered for a feast. Squirrels were, at the time, so plentiful that they threatened farmers’ crops—that year they were threatening to ruin the young corn crop of Samuel’s father.

A bargain was struck: the neighbors “proposed to kill all the squirrels around his farm if he would furnish the bread for a burgoo.” On that day, the women gathered to bake large quantities of corn bread and the men began their hunting—when they were finished, they had shot more than 200 squirrels. The squirrels “were skinned and washed” and then “handed over to the cook for boiling.” “Then,” Samuel said, “followed a feast. Soup was served in tin cups; squirrels were taken out whole with pointed sticks, and corn pone was served.”

Burgoos can still be found in southern Indiana and in Kentucky. They are stews, usually with several types of meat (sometimes including squirrel) and many vegetables, cooked slowly in a broth until tender. Few would hesitate to sample such an old-fashioned recipe; the burgoo feast of Samuel Corbaley’s childhood, however, might provoke a very different reaction.