The Indianapolis Symphony Orchestra has firmly established itself on the US classical music scene, thanks in part to its first conductor, Fabien Sevitsky. 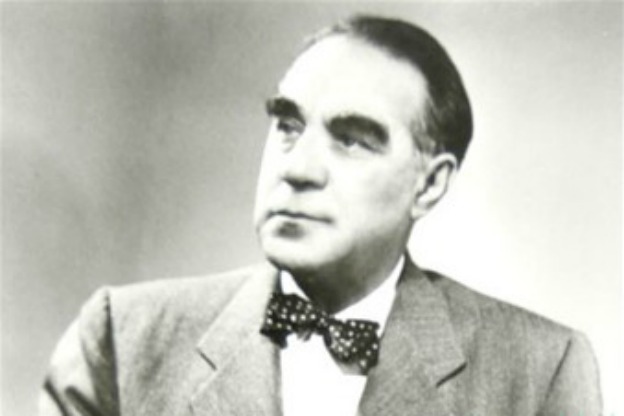 Russian-born maestro Fabien Sevitzsky was the first conductor of the Indianapolis Symphony Orchestra.

In 1930, as Indiana and the rest of the nation began the descent into the Great Depression, a German-born violin teacher in Indianapolis recruited a group of musicians to form a symphony orchestra. The orchestra would act as a co-operative, sharing any profits that might eventually be made. Until 1936, Ferdinand Schaefer and his colleagues worked to build audiences and to establish the orchestra on a stable financial basis by forming the Indiana State Symphony Society, made up of businessmen and patrons from the city’s most influential families.

When the Symphony Society decided to create a professional orchestra to take its place among the other symphony orchestras in the country, they turned to a young Russian immigrant to lead the group. Fabien Sevitsky had left Russia during the Revolution and had been working in the United States first as a double bass player and then a conductor. In the late 1930s, as many classical musicians fled Europe for the United States, the country’s major orchestras and their audiences were treated to an era of greatly talented and equally temperamental maestros—and Sevitsky joined their ranks as the first conductor of the Indianapolis Symphony Orchestra.

The maestro was known to wrap himself in a cape rather than a coat during cold weather. He drove around Indianapolis in a series of new Cadillacs. When he deemed it necessary, he terrorized his audiences and his musicians. Former players recall that he would step up to the podium and, upon hearing the least bit of noise from the audience, would turn around and exclaim “Vee vait!” until silence reigned.

Sevitsky was given authority to hire and fire musicians and, on occasion, would do so mid-season if the player was not performing to his standards. Mistakes in practice could draw his ire. One former trombone player for the ISO remembered that when he joined the orchestra he was warned: “When Sevitsky glares at you, and he will glare at you, look past his right ear somewhere behind him. Never look straight back at him, because if you do, you’ll cringe, and that makes him even madder”.

Sevitsky was not interested in making friends among his players, but he did earn their respect. He held the orchestra to high standards and always tried to improve the quality of the group when hiring new musicians. The ISO was heard on local and then on national radio beginning in 1937; starting in 1941, the orchestra recorded for both RCA Victor and Capitol Records. Sevitsky also toured with the orchestra, and overall, during 18 seasons as conductor, he raised the ISO into the ranks of important American orchestras.

Today, the ISO is beginning a new chapter in their history under the leadership of young Polish-born music director Krzysztof Urbanski. The orchestra has firmly established itself on the US classical music scene, thanks in part to its distinguished principal conductors, including maestro Fabien Sevitsky.