Becoming a Participant in the Landscape 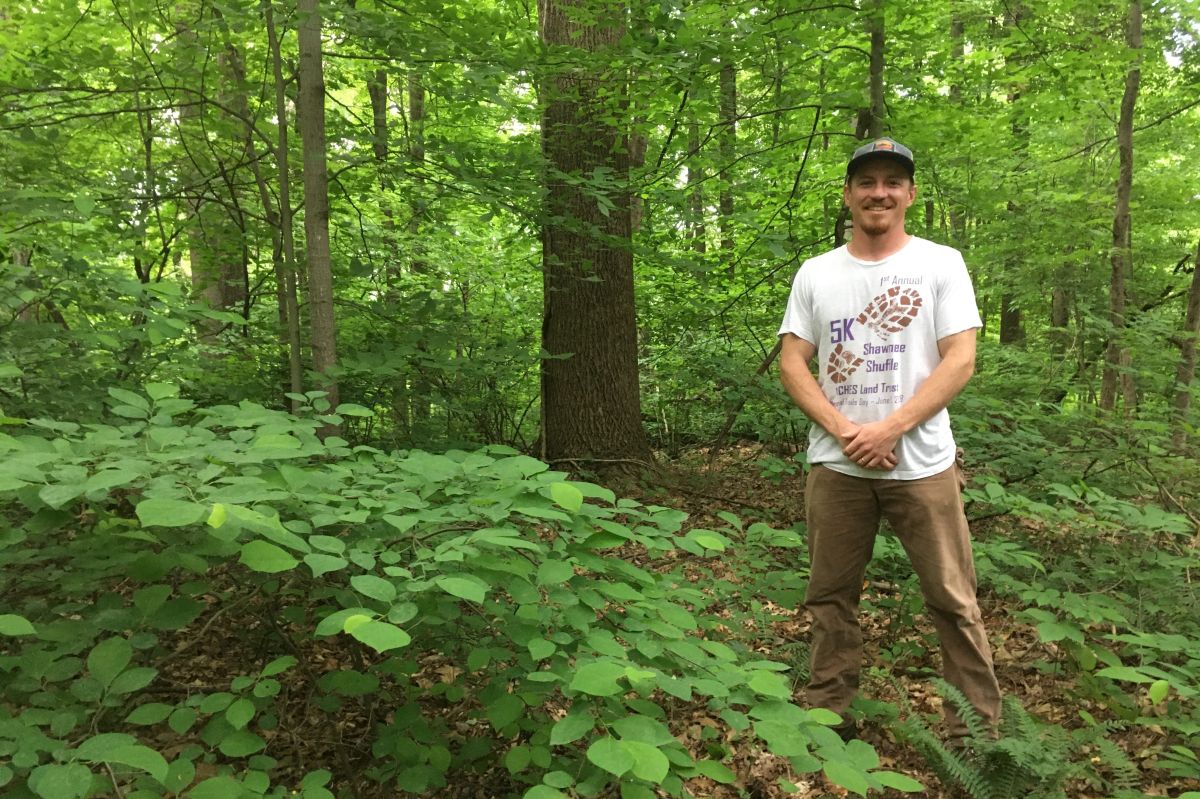 Sam Shoaf, in the spot where he didn't shoot a turkey (Alex Chambers)

People hunt for a lot of different reasons. One extreme is the men – I’m sure there are women who do this too, but I haven’t come across any – who go after big game so they can show off their trophies, the antlers or hides that prove what they managed to kill. At what I would call the other end are the people who hunt primarily for food, people who take seriously the taking of a life, honor the animal, and do their best to be merciful. (For a poetic reflection on this relationship, I recommend Leah Naomi Green’s poem, “The More Extravagant Feast,” from her collection of the same name.)

Sam Shoaf is solidly in the latter camp. He’s thought hard about what it means to take a life, reflected on the suffering he caused when, as a young hunter, he shot a deer while it was moving and couldn’t find it until the next morning. He has immense respect for the species he gets to know in the woods.

Spending all that time in the woods made him want to take care of native habitats – and not just so he could keep hunting. Studying ecology in college, he realized he loved learning plants, and identifying birds by their songs. Now he works in ecological restoration. He still hunts, too. For Sam, both practices are ways of becoming a participant in the landscape, which is necessary, he says, if you want to take care of a place.

Sam and I took a walk in the woods owned by his next-door neighbor in early June. With his full-time job, and a young family, that’s the best place for him to hunt these days. We talked about calling turkeys, public lands out west, fire ecology, and what hunting is all about for him.

By the way, Sam isn’t immune to the desire for some sort of trophy. After our walk in the woods in early June, he sent me some further thoughts on antlers.

For me personally it would be dishonest not to say that antlers and hunting big bucks (or bulls, in the case of elk) is still part of the motivation and intrigue of hunting.

Antlers are really cool and ephemeral. Whitetails, and other cervids like elk, grow new antlers every year. They start as hair-covered protrusions that are soft and have blood flow. As we get closer to the rut, or breeding season, the bucks’ testosterone increases and the blood flow eventually slows and the antlers become hard bone and the bucks shed the remaining fuzzy velvet skin on the antlers. They sport these unique antlers through the breeding season and by late winter they shed the entire antler and the process starts all over again.

Hunting older age class animals and putting value on the a larger set of antlers has been attributed to be one of the aspects that helped recover species like deer across the country. A change of the culture from market hunting, at the end of the 19th century, to more of sporting culture that promoted responsible harvest and fair chase, encouraged the taking of larger bucks and not just the killing every deer that you have a shot at.  Some of these principles were codified into law and state regulations limited the harvesting of does so that the deer populations could recover.  We are now obviously on the other end of the spectrum in some areas where deer populations are booming, and the harvesting of antlerless deer is encouraged to reduce deer numbers.

For me personally I will pass on some small bucks in hopes that I can get an opportunity at a larger buck.  Indiana is a one buck state, and it is not difficult to get shot opportunities at young bucks who aren’t as wary as their older, more experienced, brethren.  Taking a larger buck is a challenge.  It takes patience, woodsmanship, a understanding of deer behavior and an intimacy with a particular piece of ground so that you can predict where deer might be at certain times.  Also, taking a larger buck gets you way more meat than a smaller one or a doe. This being said, my ultimate goal at the end of the season is to have venison in my freezer. So I will take does whenever I get the opportunity, and if I find myself with an empty freezer and deer season is coming to a close then I shift to a meat hunter and will harvest small bucks.

Our theme song is by Amy Oelsner and Justin Vollmar. We have additional music from Ramón Monrás-Sender and Airport People.