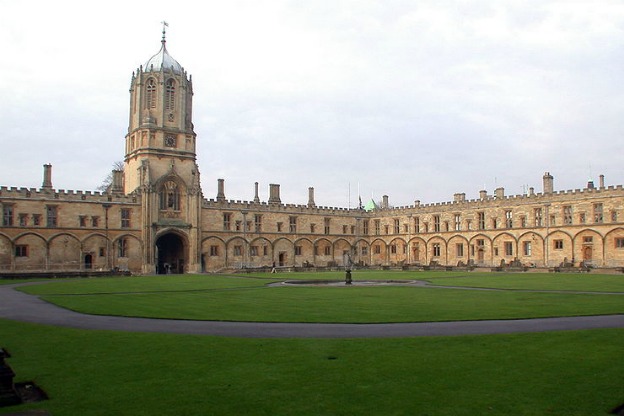 In 2011, Avie Records released a recording of the Choir of Christ Church Cathedral, Oxford, directed by Stephen Darlington.  All the music on the CD is closely associated with Christ Church in some way.  At least half of it qualifies as early music, and perhaps more, depending on whether you are considering chronology, musical style, or the actual number of minutes on the recording.

Some of the repertory is drawn from the Christ Church library’s priceless collection of original manuscripts. The Dow Partbooks, for example, are a particularly important and unique treasure dating from the 1580s. Robert Dow, their copyist, carefully chose the finest paper and ink for his meticulous work. The books remain in pristine condition after hundreds of years and are a principal source of many motets and secular pieces of Byrd, Tallis, and others, including this beautiful five-voice setting of the Ave Maria by Robert Parsons, Byrd’s immediate predecessor at the Chapel Royal.