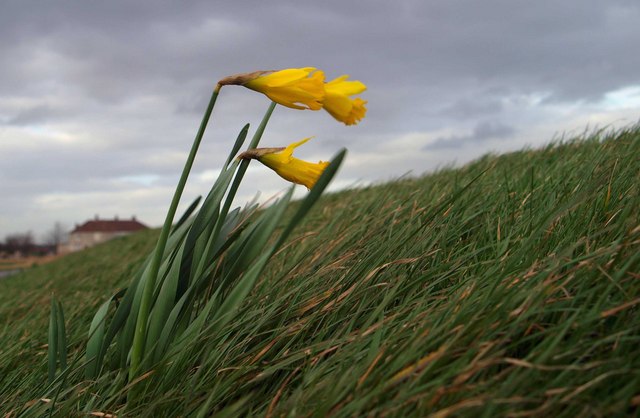 The sigh â€“ of despair, exasperation, relief or ecstasy â€“ is a vocalization so universal, it needs no translation. Sighs abound in music, from swooping melodies to despairing cries, to the many sigh-worthy opera plots of the Baroque era. Let's listen in as composers from across the centuries exercise their musical lungs. We'll also sample a new release of old music â€“ conductus from 13th-century France.

The English composer John Dowland had plenty of reasons to sigh. Covetous of a position at the English court, Dowland instead found himself holed up in a castle on the Danish coast, cold, wet, and serving a foreign king. Did you hear his exasperation, infusing his music? That was a madrigal from 1600, "Toss Not My Soul," performed by the Consort of Musicke.

It's a rare human being who makes it through the trials of life without a sigh or three. We exhale in relief, in irritation, in pain and in pleasure. We sigh for love â€“ or for loss â€“ Â and love and loss are music's meat and potatoes.

Let's begin with love. The French composer Claudin de Sermisy was one of the lions of early 16th-century French music, outlasting multiple French monarchs and showcasing his talents at many of the important political events of the day. His 4-voice chanson "Allez Souspirs" invokes the power of the sigh to kindle love: "Go, sighs, and enflame her frozen heart." Let's hear the Forbury Consort perform an instrumental rendition of Sermisy's invocation.

"Las, Je m'y Plains," another chanson by Sermisy, kicks off with a sigh and goes downhill from there:Â "Alas!Â I bewail my evil fortune."

In this case, the evil is that most musical of misfortunes, unrequited love. We'll hear the Consort of Musicke and Anthony Rooley performing. Following that, we'll sigh again, as we hearÂ an instrumental version, intabulated for lute in the 1500s by Francesco da Milano.

Two settings of a song of regret, "Las, Je m'y Plains," by the French composer Claudin de Sermisy. We heard a transcription for lute by Francesco da Milano. Before that, we heard another version of the same tune, performed by Anthony Rooley and the Consort of Musicke.

The cry and the sigh are kissing cousins, and many languages boast a word that melds elements of both. "Alack" and "alas" are English's contributions to this genre, but for sheer musicality, not much can compete with the Italian "ohime!"

With its falling intonation and expansive vowels, ohimeÂ has inspired musical sighing from countless Italian composers. Among them was Luca Marenzio, who was known to be especially fond of text painting, or translating words into musical shapes. His madrigal for fiveÂ voices, "Ohime dove il mio ben," opens with a falling ohime,Â and sighs onward from there.

that has made me minister of my own death!

OhimeÂ sounds particularly sumptuous rolling off of five tongues, as we just heard, but it only takes one voice to bewail fate, as Claudio Monteverdi demonstrated in his solo madrigal, "Ohime ch'io cado." Using minimal forces, Monteverdi conveys love's desperation by overlapping a relentlessly marching bass line with an oddly manic vocal line and blurting violins.

just as it did before.

That was the ensemble Tone Wik, performing "Ohime ch'io cado," the solo madrigal by Claudio Monteverdi. It was followed by a jazz rendition of that same piece, by the singer Roberta Mameli.

One more ohime,Â this time, a cry of pleasure! Like cries and sighs, pleasure and pain are often linked, and a well-paced ohime, as composers understood, could take on multiple meanings. In "OhimÃ¨, se tanto amate," Claudio Monteverdi embraces the sigh's double-edged sword:

My lady, if you so delight

to hear a breathed 'ah me',

Why then so swiftly doom to endless night

A wretch that breaths 'ah me'?

For if I die, brief will your pleasure be

to hear one weak and anguished last 'ah me',

But if you grant me grace, my lady bright,

Then shall you hear my ecstasy

Ten thousand times breathe out a soft 'ah me'...

We're not waiting to exhale this week on Harmonia as we explore that most evocative of exhalations, the sigh.

What would yearning be without sighing? In Miguel de Cervantes's epic novel, the self-appointed knight Don Quixote pined uselessly for Dulcinea, a princess only in his imagination. In Georg Philipp Telemann's setting of Quixote's adventures, he gave those lovesick sighs to the violins, whose heaving melody captures Quixote's longing.

Tafelmusik's rendition of a movement from Telemann's Burlesque de Don Quixotte, in which you can hear the Don's longing sighs for the woman of his dreams.

Opera would seem to be the natural home of sighing, and indeed it's a struggle to name a baroque opera that does not feature a sigh-worthy plot. Still, some operas beget more sighs than others, and John Blow's Venus and Adonis is right at the top of the list.

Let's hear "Adonis, Uncall'd for Sighs," in which Venus, lovelorn, sings and sighs, for the return of her lover. It comes from Act III of John Blow's Venus and Adonis; we'll hear it performed by the Orchestra of the Age of Enlightenment.

Several of Johann Sebastian Bach's cantatas deal with grief and loss, and according to some scholars, Bach signifies that grief by using very specific musical figures. These include chromaticism, dissonant leaps, downward motion, and, yes, sighing. Bach's cantata Schauet doch und sehet, BWV 46, is a narrative of pain: "Behold and see if there be any sorrow like my sorrow." The opening chorus features a pair of wailing recorders bemoaning the fall of Jerusalem. Let's hear Bach Collegium Japan's rendition of the opening chorus.

Poetry is often worth a sigh or two, and a new release on the Hyperion label brings the sighs of 13th-centuryÂ France to life. The conductus is a medieval genre in which words and music were freely composed, rather than being based on existing chant. In this release, tenors Rogers Covey-Crump, Christopher O'Gorman, and John Potter offer rich renditions of this ancient form. We'll hear "Vite Perdite," from their 2016 recording of conductus.

The writer for this edition ofÂ HarmoniaÂ isÂ Anne Timberlake.