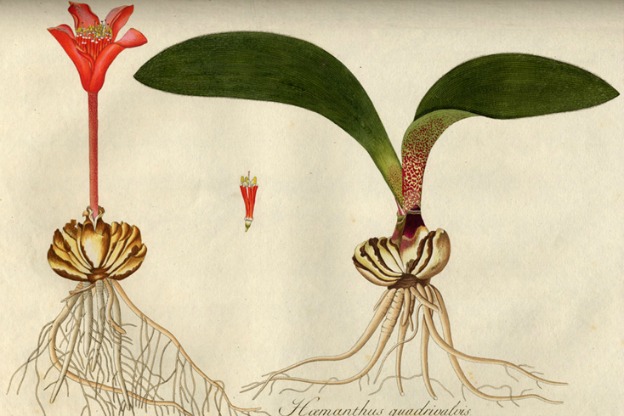 A new recording from the the Calamus Consort invites listeners to go back in time for a musical soirée in an 18th century Viennese drawing room. Specifically, their CD, Eine Nachtmusique im Hause Jacquin, recalls the weekly gatherings on Wednesday evenings in the home of one Nikolaus Jacquin, a famous and very well respected scientist as well as an enthusiastic amateur musician.

One of the regular attendees of these nights of music and conversation was none other than Wolfgang Amadeus Mozart. After he moved to Vienna in the 1780’s, Mozart in fact, spent a lot of time at the Jacquin house and was close friends with the three Jacquin siblings: Joseph, Gottfried, and Franziska.

For Joseph, Mozart wrote a double canon with the dedication, “Don’t ever forget your true and faithful friend Wolfgang Amadé Mozart ...”

That same year while travelling in Prague, Mozart wrote a letter home to Vienna addressed to the middle son, Gottfried: “I must honestly confess to you that (even though I enjoy here all manner of honors and polite treatment…) I really long for Vienna and, believe me, the main thing there is certainly your house.” Gottfried was reportedly a talented singer and Mozart wrote a number of songs for him.

The third Jacquin child, Franziska, was a pianist and one of Mozart’s students. For her, Mozart composed the piano part in the Kegelstatt Trio and a sonata for four hands.

In all likelihood, these small chamber works were tried out during social gatherings in the Jacquin living room. Others certainly were too, among them, the Six Notturni for three voices and three basset horns or clarinets.  The origins of the Notturni are somewhat fuzzy. It’s possible that Mozart wrote the pieces jointly with Gottfried Jacquin, and probable that Mozart was responsible at least for the clarinet parts.

The clarinet had been invented only at the beginning of the 18th century. The lower pitched members of the clarinet family—the basset horn and basset clarinet—were even more newfangled and Mozart was eager to explore the instrument's capabilities. While in Salzburg, Mozart had written his father, pining: "if only we had clarinets!”

In Vienna though, there were clarinets as well as people who played them.  Among them were Johann Stadler and his brother Anton-for whom Mozart would eventually write his famous clarinet concerto. That the clarinet playing Stadler brothers found their way to the Jacquin’s Wednesday night music parties seems certain.

One of the Nocturnes, Due pupille amabili is the opening track on the Calamus Consort’s recording, Nachtmusique. It must have given Mozart great pleasure to see the Stadler brothers unwrap their instruments, and the Jacquin siblings—and perhaps Mozart’s young wife, Constanze as well-each choose a part to sing while guests gathered around to listen.

All six notturni are all included on this recording, along with several arrangements of popular opera arias for the same, or similar combinations of instruments.

The practice of reducing opera scenes for a small ensemble was widespread. As an example, on a concert tour in Riga, Anton Stadler is known to have performed a version of Non più di fiori from Mozart’s La clemenza di Tito in an arrangement for singers with basset horn accompaniment. That particular 18th century arrangement has unfortunately been lost, but another clarinet arrangement by Stadler of excerpts from Antonio Salieri’s opera Palmira, does survive and is included on this recording. Taking these and others as their model, the Calamus Consort has arranged several opera arias for their ensemble, among them, the charming duet between Papagena and Papageno from Mozart’s Magic Flute.

Besides Mozart and Stadler, a number of other composers are also represented on this recording including Wolfgang Franz Xaver Süssmayr, Giovanni Paisiello  and Franz Anton Hoffmeister.  In addition to the three clarinet ensemble, the Hoffmeister quintet adds two horns.

The Calamus Consort was founded in 2003 by clarinetists Ernst Schlader and Markus Springer.

Poetry buffs might recognize the word “Calamus” from a set of poems by the same name in Walt Whitman’s poetry collection, Leaves of Grass. Or others might recall the Greek myth of Kalamos who transformed himself into a rustling plant along the Meander river.

But for this ensemble, the name “Calamus” which is Latin for reed, reflects the ensemble’s devotion to the performance of music for historical single-reed instruments, particularly the chalumeau and other 18th and 19th century clarinets.