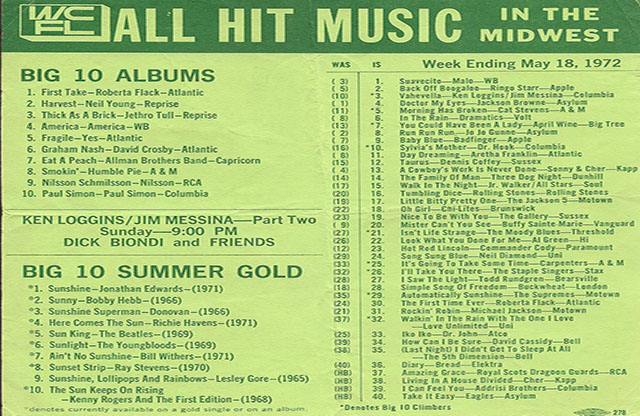 We’re spinning some of early music’s “hit #1 singles,” alongside some listener requests. We'll be exploring a variety of fresh interpretations of some of early music’s greatest hits! We’ll also hear a featured release, Kassia, music of a ninth century Byzantine abbess, by the all-female vocal group VocaMe.

We'll start with the first movement of Johann Sebastian Bach's third Brandenburg Concerto, in a lively rendition by the English ensemble Red Priest, from their 2010 recording, Johann, I’m Only Dancing.

Music from the Church

Ever since someone had the bright idea to start installing audio speakers in public spaces, classical music has regularly been conscripted to serve as piped-in background noise – a kind of auditory window dressing, if you will. Music, in this context, is not intended to be the main focus of the audience’s attention, instead, it is meant to be passively absorbed while the listener focuses on the task at hand – shopping, or eating, or even playing a video game. This practice has given some great music a bad rap over the years! Some pieces have been so absorbed into our brains as a part of the contemporary public soundscape that we almost can’t help but roll our eyes when we hear them. “Oh, that piece again,” we start thinking! But, in reality, none of these old chestnuts were originally intended to serve as aural wallpaper. So, how about giving them a second chance? We'll hear the Toccata and Fugue in D Minor, by Johann Sebastian Bach, played on the Flentrop organ of Duke Chapel by Fenner Douglass.

Everybody knows the Toccata in D Minor, right? But had you ever heard the accompanying fugue? We heard both pieces, performed back-to-back, on a historically-inspired organ. Organ builders, much like other members of the historically-inspired performance movement, have devoted a lot of time, energy, and research to learning about the organs of Bach’s day, and then endeavoring to recreate those sounds.

Speaking of music everybody knows, how about the oft-reviled Pachelbel Canon in D? This piece is so well-known that it’s difficult for most of us to take it seriously, but it wasn’t originally intended to be a joke.

We'll hear a recording of the Canon and Gigue in D Major, by Johann Pachelbel, performed by The English Concert, under the direction of Trevor Pinnock.

Music from the Concert Hall

“Bum bum bum BUM… Bum bum bum BUM.” That rhythm has got to be one of the best-known in all of classical music! Beethoven wrote his fifth symphony at the very beginning of the 19th century. At the time, Beethoven’s world was filled with war and political turmoil, and he was struggling personally with his own increasing deafness. As legend has it, that iconic motif was actually the result of writer’s block. Supposedly, Beethoven was sitting, unable to produce even one note of his next symphony, when someone knocked at the door. He heard the knock, put pen to paper, and started scribbling furiously! The tale is probably apocryphal, but it’s a pretty good story nonetheless.

We heard the first movement of Ludwig van Beethoven’s iconic fifth symphony, performed by the Orchestra of the 18th Century, under the direction of Frans Bruggen.

All of the music we’ve heard so far has been instrumental, but there are some pretty famous vocal works out there too. Ever heard of Handel’s Messiah? Honestly, a lot of people in Handel’s day had heard of it too. It was, even in the composer’s lifetime, fairly popular, and it was performed regularly across Europe. Despite its popularity, the composer didn’t hesitate to make changes to the finished score, when it suited him. Soprano arias became alto arias, whole movements changed keys, instrumental sections were shortened or lengthened, and so on and so forth, resulting in the existence of several different versions of some movements. Unlike many popular 18th century works, Messiah has never truly fallen out of favor, and can still be heard regularly across the globe.

We heard the “Hallelujah” chorus from George Frideric Handel’s Messiah, performed by the Taverner Choir & Players, under the direction of Andrew Parrott.

“Springtime is upon us. The birds celebrate her return with festive song, and murmuring streams are softly caressed by the breezes. Thunderstorms, those heralds of Spring, roar, casting their dark mantle over heaven. Then they die away to silence, and the birds take up their charming songs once more.”

That sonnet was written, possibly by Vivaldi himself, to accompany the first section of his concerto “Spring,” from The Four Seasons. Each season has its own accompanying sonnet, each of which is divided into three sections, just like the music, fast-slow-fast. Published in 1725, the first printed scores have markings to indicate which musical passages are representative of which verses of the sonnet.

We heard “Spring,” from Antonio Vivaldi’s Four Seasons, performed by Boston Baroque, under the direction of Martin Pearlman.

On our featured release, we’re exploring the music of ninth century Byzantine abbess, Kassia. Kassia was a poet, composer, and hymnographer. Despite the fact that she died before 865, nearly fifty of her hymns are extant, and quite a few of those fifty are still sung in the Eastern Orthodox Church today. Kassia is one of only two Byzantine women who are known to have written under their own names during the Middle Ages, and that name has become the title of a recording by the all-female vocal group VocaMe. That recording was released in 2009.

We heard selections from our featured release, the recording Kassia, music of a ninth-century Byzantine abbess, performed by the all-female vocal group VocaMe.