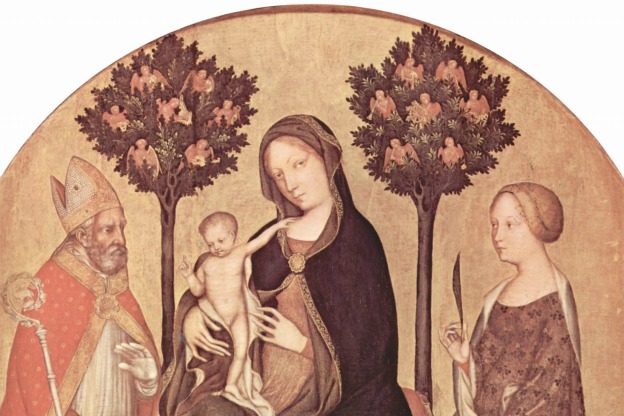 Legend says that Saint Nicholas, or Santa Claus, was a bishop in the Turkish city of Myra sometime in the 4th century. He was the only son of wealthy Christian parents, although accounts vary on what their names actually were. We don’t really know much more about the historical person of Nicholas other than he was a bishop of Myra, and he was imprisoned during the persecution of Christians by the Roman emperor Diocletian.

Saint Nicholas is mostly known for his generosity and gift-giving in the form of coins or gold thrown through windows, dropped down chimneys, or left in shoes.

Different cultures all over the world celebrate Saint Nicholas with their own traditions. The Italian city of Bari celebrates the feast of Saint Nicholas by parading relics of the saint through the city. Although Nicholas wanted to be buried in his home city of Myra, his remains were unknowingly transported out of Myra by Italian merchants in the 11th century. Other parts of Italy have Nicholas giving gifts to children on December 6.

In German lands, the tradition began for children to leave their shoes sitting out so that Saint Nicholas, or Sinterklaas, could leave them gifts – but only for the children who have been good. Naughty children may receive a tree branch in their shoes, and very badly behaved children were threatened to be put in a sack and taken away into the forest or beaten. These threats, of course, were part of legend and not literal. To this day, December 6 remains a more important holiday in these countries than December 25.

In Greece, it is not Saint Nicholas but St. Basil the Great who gives gifts to children. Greek children know Saint Nicholas as the patron saint of the Navy and celebrations of his feast days take place aboard ships both out to sea and in port. St. Basil is also thought to be from the 4th century and is known for his stories of giving gifts. Greek children celebrate the feast of St. Basil on January 1.