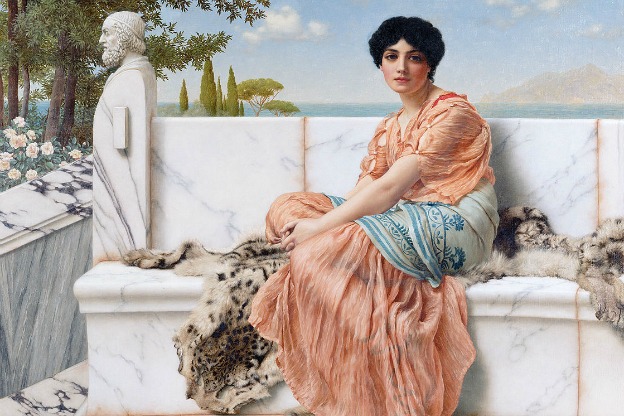 It was the Greek poet Sappho who called the rose the "queen of flowers," about 2,500 years ago, and since that time roses have acquired many names.

Before the late 18th century, for example, their names often reflected their medicinal uses such as "dog rose" that supposedly cured rabies. It was only in the 20th century that copyrights and patents came into existence in the U.S. and only since 1930 that the American Rose Society regularly issued a master check-list for modern roses.

There is also global control by the International Cultivar Registration Authority. One of their rules is that no rose name may have more than ten syllables or thirty letters or characters.

By the late 19th century, roses had become the most favored cut flower, and the famed â€˜American Beauty' rose was introduced in 1886, but it was such a fussy grower that by the 1930s it was rarely grown. What are called American Beauty roses today are usually look-alike roses that are easier to grow.

Jenny Lind was the first celebrity to have a rose named after her, but many other celebrities have followed her: Audrey Hepburn, Elizabeth Taylor, Elvis, George Burns, Henry Fonda, Ingrid Bergman, Angela Lansbury, Barbra Streisand and many, many more.

Reference: A Rose By Any Other Name by Douglas Brenner and Stephen Scanniello, 2009.