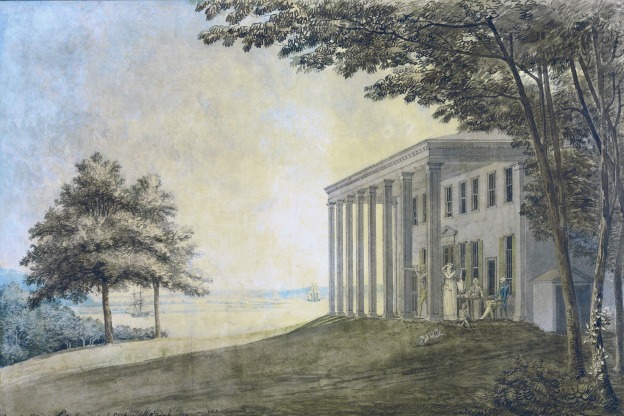 George Washington left his Mount Vernon home in 1775 and did not live there again until he came back from war eight years later. However, during his absence he consistently wrote, instructing his manager about what to plant in his garden. It seems to have been a way of relieving his mind of stress by thinking about his garden. (This is a strategy many of us use too).

Once home, the war hero transformed himself back into a Virginia planter, and visitors were often greeted by a tall man in very muddy boots. At the age of 16, Washington had started working as a surveyor and he loved trees. He even used trees as a metaphor for his country's struggle for independence and nationhood.

Throughout his life he closely observed native trees and had them transplanted from his surrounding woods into his garden. For example, he carefully worked on the one mile approach to his house and curved it and planted the trees, so that the house repeatedly appeared and disappeared from view as visitors approached. He favored trees that looked beautiful in both spring and fall: sassafras, flowering dogwood, and maples were placed to contrast with honey locusts and black gums; aspens and tulip poplars provided background for mountain laurels and other flowering shrubs. He also chose lots of crab apples with soft pink blossoms in the spring and fringe trees with white, scented flowers.