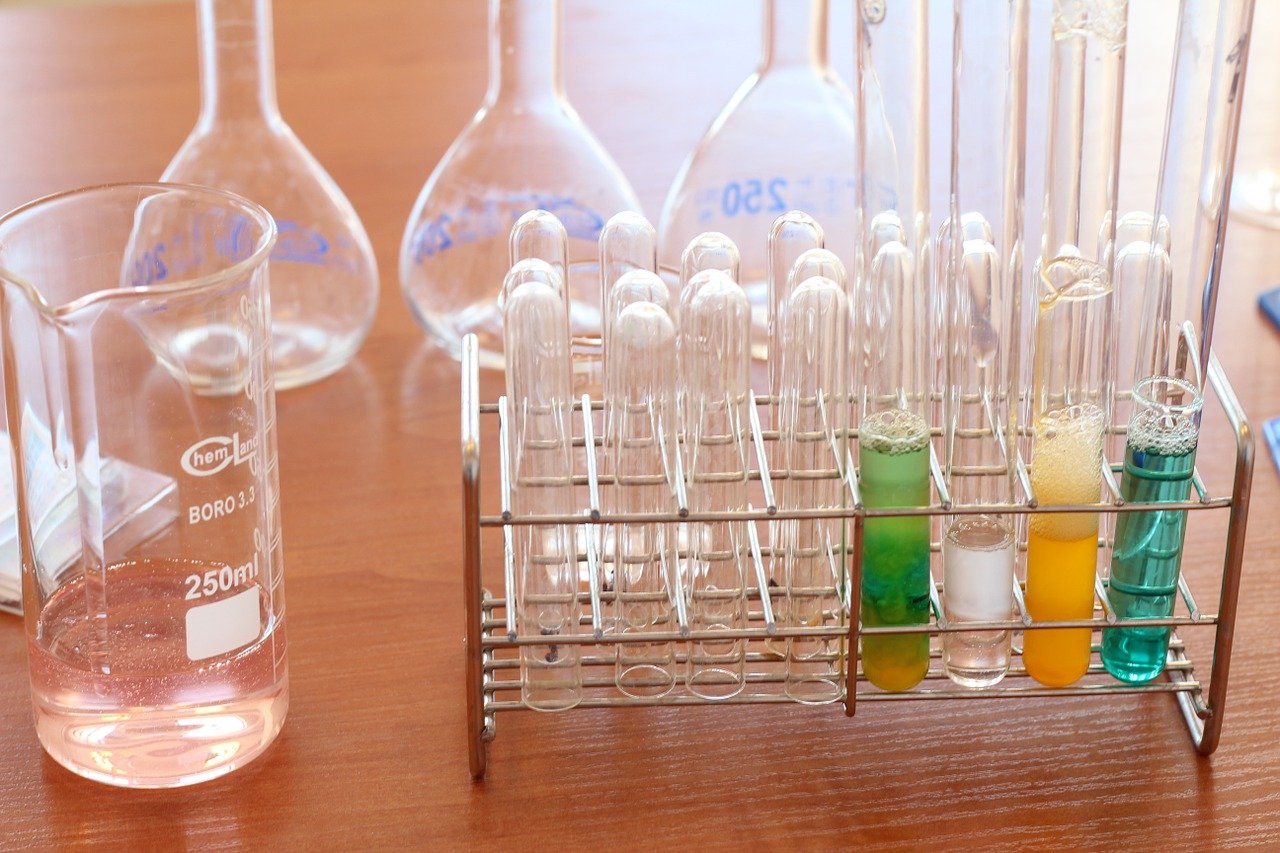 We headed into the music laboratory this week for some classical mindbenders and boundary pushers. Enjoy the Ether Game Brain Trust's playlist of experimental music from our show called 'Trial and Error'.

Richard Wagner (1813-1883) Das Rheingold: Invocation of Alberich and Entr. of the Gods into Valhalla The Romantic Era was an experimental time in many respects, and Richard Wagner was putting in more hours at the music laboratory than almost anyone else, so to speak. One of his most important experimental ideas was called Gesamtkunstwerk, a total art work in which all aspects of the artistic practice: music, plot, staging and performance, are controlled by the composer and unified in the theater. Musicologists point to Wagner’s Ring Cycle, specifically the operas Das Rhinegold and Die Walkure, as the closest Wagner came to realizing his goal of artistic totality. It’s debatable, especially in the field of aesthetics, whether a gesamtkunstwerk is very popular amongst listeners. Wagner himself might not have thought so. He relaxed his approach to composing after Die Walkure, although Das Rheingold is considered by many to be the most approachable opera in the Ring Cycle.

Claude Debussy (1862-1918) Images, Book II: Poissons d'or [Goldfish] Debussy’s music is frequently called “Impressionistic,” implicitly comparing it to the art of Monet and Renoir. Debussy disliked this label, since he drew his influences from a much wider variety of sources, such as the French Symbolist poets and East Asian music, but the association with impressionism does indicate how radical and experimental his music was at the time. Avant garde composers like Debussy were comparing their compositional techniques to painting, and were hyper-focused on the human perception of the senses. The effects of nuance, atmosphere, color and tone were examined with scientific precision, creating a whole new aesthetic foundation for making art and music. So while Debussy’s piano sketch indicates the impression of goldfish in a fish bowl, the music invites us to consider the mystery in the play of water and light glinting off golden scales and its effects on human emotion.

Philip Glass (b.1937) Glassworks: IV. Rubric  In 1964, Philip Glass traveled to Paris, where he began composition lessons with the famed teacher Nadia Boulanger, the same pedagogue who had taught a host of experimental music composers: Aaron Copland, Elliott Carter, and Virgil Thomson. Glass was disillusioned with current music, and was seeking something different. When Boulanger asked him to transcribe a film score by Indian sitar player Ravi Shankar, Glass found his answer. He was enthralled by the way Indian musicians added small beats together into strings of larger time values, rather than slicing up time the way we do in Western Music. When he returned to the States, he composed several pieces in this new additive, minimalist style, Twenty years later, he decided to market minimalism to a wider audience with Glassworks, a six movement work that he recorded specifically to be heard on portable cassette players. It would go on to become his most popular composition.

John Cage (1912-1992) Bacchanale  It might surprise listeners to learn that John Cage began writing for the prepared piano as early as 1940. Cage was initially asked by Syvilla Fort to compose an African inspired experimental work for percussion ensemble for students of the Cornish School, where Cage and Fort were faculty. But having no large ensemble space for percussion instruments and only a piano to work with, Cage instead created the prepared piano, an experimental instrument whose insides had been altered with objects like nuts and screws to produce an array of percussive timbres, and wrote Fort’s commission for the instrument. The instrument would go on to define Cage’s sound, and he would later make his most thorough exploration of the instrument with his Sonatas and Interludes.

Claudio Monteverdi (1567-1643) L'Incoronazione di Poppea: 'Pur ti miro' With such a long and established tradition, it might be hard to think of opera as an experimental genre, but when Italian composers first started thinking seriously about a complete fusion of the dramatic, visual and musical arts in the early 17th century, the resulting works were certainly experiments, with varying degrees of success. Claudio Monteverdi has been dubbed by many historians as the father of opera. After a successful run of L’Orfeo in 1607, he decided to push the experiment of opera further, with a setting based in history rather than Mythology. The Coronation of Poppea concerns the love affair of Emperor Nero and his mistress Poppea, who uses her feminine wiles to manipulate Nero into murdering his mentor, the philosopher Seneca, and sending his wife Ottavia into exile. Poppea was also the first publicly funded opera, with tickets offered to Venitian citizens, not unlike today’s concert subscriptions.

George Crumb (b.1929) Black Angels: II. Absence Branded as one of the great experimental composers of the 20th century, George Crumb’s experimental masterpiece Black Angels incorporates an array of untraditional timbres: shouting and whispering, maracas, gongs, and crystal glasses, alongside an electrified string quartet. There’s a lot of symbolism in the work too, as it tells the three-stage parable of fall from grace to spiritual annihilation, and finally, redemption, all as a struggle between good and evil. The movement we just listened to begins with the string quartet mimicking a consort of viols playing music from the 15th century. Often, the upper strings of the quartet will even cradle their instruments in their laps while playing, to better mimic the playing position of the viola da gamba for this portion of the piece.

Luciano Berio (1925-2003) Sequenza XI for Guitar In 1958 the Italian composer Luciano Berio embarked on composing a series of musical “sequenzas,” each focusing on a different solo instrument, starting with the flute. The sequenzas represent Berio’s fascination with virtuosity. For Berio, virtuosity was not just technical dexterity, but also acute musical intelligence. The virtuoso relishes the challenge of a complex piece of music, which in the sequenzas are pushed to unconventional means. Broadly speaking, the sequence refers to a series of harmonic fields over which Berio has experimented with melodic and harmonic potential. This becomes infinitely more complex by requiring the performer to know extra-physical aspects and extended non-melodic techniques for playing, as well as even the entire cultural history of their instrument, for Berio mixes in references to historical styles as well. These sequenzas are the soul of Berio’s work, as many would go on to influence larger-scale orchestral compositions.

Kaija Saariaho (b. 1952) L'Amour de loin: Premier acte Finnish composer Kaija Saariaho (Kye-yah Sorry-ah-ho) is known for combining electronics with acoustic sound in her music. After writing several pieces for instrumental ensembles and tape, Saariaho began composing with the aid of a computer alongside traditional instruments. Despite these electronic processes, she finds much of the inspiration for her music in literature, art, and natural phenomena. In 2000 her first opera, Love from afar, was premiered. The opera used 12th century troubadour songs as it's inspirational launching point. In 2016, the Metropolitan Opera held its own live radio premier of Love from Afar, making Saariaho the first female composer to have an opera performed at the Met since 1903.

Jonny Greenwood (b. 1975) Convergence When Johnny Greenwood released his debut album “Bodysong” in 2003, he became the first member of Radiohead to produce a solo album. Fusing elements of jazz, classical, electronic and experimental music, Bodysong was used to accompany a documentary of the same name which tells the story of human life and the human condition through images and vignettes from the last 100 years of cinema. In this track “Convergence” short samples of different percussion instruments all playing the same rhythm are slowly displaced and gradually brought together again, progressing through order and chaos and an ever-shifting rhythmic complexity. Some of you may recognize Convergence, it was used in the famous oil derrick explosion scene in the historical drama There Will Be Blood, alongside an orchestral score also composed by Greenwood.