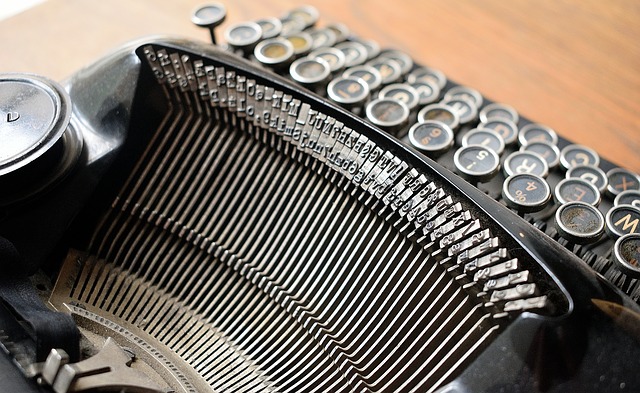 Music and poetry have been linked for centuries. This week, in recognition of National Poetry Week, the Ether Game Brain Trust picked some of it's favoirte classical pieces inspired by poems. Get ready to form some sonnets, couplets and odes with our playlist!

Antonín Dvorák (1841-1904) Symphony No. 9 in e, Op. 95 'From the New World' Mvmt III Molto Vivace Jeanette Thurber offered Antonin Dvořák the post of artistic director and professor of composition at the National Conservatory of Music in June of 1891.  Dvořák was hesitant to accept the offer, but the $15,000 annual salary was 25 times more than what he was paid at the Prague Conservatory. Dvořák understood that part of his job in America was, in his own words, “to show them the way into the Promised Land, the realm of a new, independent art, in short a national style of music!”  Mrs. Thurber had suggested that Dvořák might produce an opera on Longfellow’s epic poem Hiawatha. Dvořák already knew the poem in a Czech translation, and he proceeded to create sketches for the project.  Although the opera came to naught, some of the sketches found their way into the second and third movements of the “New World” Symphony.  Had events worked out a little differently, we might be whistling famous tunes from a different work of Dvořák: his celebrated opera Hiawatha.

Claude Debussy (1862-1918) Prelude to the Afternoon of a Faun Debussy premiered his Prelude to the Afternoon of a Faun to the admiration of many in 1894. The poet Mallarmé, whose poem inspired the music, was initially skeptical of having his work set by Debussy, but after the performance he wrote Debussy a letter and praised the work as a “marvel of nostalgia and light”. Mallarmé was one of the leading writers of the french symbolists, a relatively short-lived anti-naturalist literary and art movement formed around a preference for mystery, nuance, and the esoteric. Debussy frequently attended Mallarmé's salon and formed close friendships with many Symbolist writers, which led to his eventual rejection of the musical conventions of Wagner for a highly original style inspired by Symbolist poetry and music of the far east. Though he considered himself a Symbolist, today his music is associated with Impressionism, a painting style emphasizing light, mood and the immediacy of the senses.

Franz Schubert (1797-1828) Gretchen am Spinnrade [Gretchen at the Spinning-Wheel], D. 118 While his skill at setting verse grew throughout his lifetime, Schubert made his mark as a composer of Lieder early on. Nothing in the Berlin school or in the songs of Haydn, Mozart or Beethoven could have prepared Schubert's admirers for his breakthrough Lied, Gretchen am Spinnrade, of October 1814. He was only seventeen years old when he composed it. The song’s freely modified strophes depict the mounting drama and unite the whole piece. The repetitive twisting and turning of the spinning-wheel accompaniment serves as its own character, alongside the vocal line as Gretchen, a character from Goethe’s Faust. When the spinning wheel accompaniment drops out, Gretchen becomes distracted from her work thinking about the ill fated Dr. Faustus. The song was so popular that composer and piano virtuoso Franz Liszt transcribed it for solo piano during the years he was travelling around showing off his own talent.

Camille Saint-Saëns (1835-1921) Danse Macabre, Op. 40 In the 1870s, Camille Saint-Saëns led some of the first French performances of the orchestral tone-poems of Franz Liszt. The tone poem, or symphonic poem is often composed in one movement and is loosely narrative in structure. They would become extremely popular in the late 19th century, and consequently, Saint-Saëns was inspired to try his own hand at the form. Of the resulting works, “Danse Macabre” has certainly remained the most popular, though it caused great anxiety to its audience at the premiere. Most of the music in “Danse Macabre,” actually dates from a few years earlier, when it was composed as a song for voice and orchestra, with text by symbolist poet Henri Cazalis. Saint-Saëns later reworked the piece to be closer to Liszt’s symphonic model. The piece uses pictorial gestures such as moaning winds, church bells, and skeletons dancing a gruesome waltz on the xylophone.  Liszt would go on to transcribe a version of Danse Macabre for solo piano soon after it debuted.

Ralph Vaughan Williams (1872-1958) Dona nobis pacem Mvmt II. Beat! Beat! Drums! Vaughan Williams composed this musical plea for peace in 1936 as fears of another world war were growing across Europe. The work is large-scale cantata that intertwines texts from the Bible, the Catholic Mass, three poems by Walt Whitman and a political speech made during the Crimean War. This mix of sources creates lyrics that are timeless, poetic and at times disturbing. After an Agnus Dei, the listener is transported to the battlefield in the second movement, which begins with the first Whitman poem, Beat! Beat! Drums! Rolling timpani open the movement, followed by trumpets which play military bugle calls. Whitman describes the drums and bugles of war as the first disrupters of peace, interrupting the lives of church congregations, bridal parties and scholars with their music. Above all, the cantata expresses one of Vaughan Williams’ strongest beliefs, that music was a means to preserve civilization.

Claudio Monteverdi (1567-1643) MADRIGALS, BOOK VII: Interrote Speranze, SV 132 At first glance, Monteverdi’s Seventh Book of Madrigals might not seem like madrigals at all, at least not in the way he wrote them years earlier. Instead of five-voice works, the madrigals here are typically for one or two voices with accompaniment, more resembling the newly emerging operatic style rather than the older choral style. Like in Monteverdi’s other madrigals, he sets the works of famous Italian poets. In this madrigal, it’s based on a sonnet by poet Guarini. Monteverdi dedicated this work to Duchess Caterina of Mantua, in hopes that she would reward him handsomely with a pension. However, Caterina thought it was worthy of a different kind of treasure. Instead of money, she gave him… a necklace. Valuable, perhaps. But not exactly what Monteverdi had in mind.

Reinhold Glière (1875-1956) The Bronze Horseman: Suite When Alexander Pushkin first wrote the poem The Bronze Horseman, inspired by the bronze statue of Peter the Great in St. Petersburg, the poem was censored by the Russian government, who took issue with Pushkin’s previous political writings. Not until after Pushkin’s death in 1837 (he was shot in a duel) was the poem published in its entirety. It was massively successful and remained influential toward various art forms through the Soviet era. Reinhold Gliére based a ballet and orchestral suite on the poem in 1948, and though the plot of the Bronze Horseman is ultimately tragic, Gliére manipulated the story to glorify the city of St. Petersburg. The Soviet Union even adopted a melody from the ballet called the “Hymn to the Great City” as the official anthem of St. Petersburg. And though the lyrics have changed through the years, Gliére’s music is still used today for St. Petersburg’s national song.

Judith Weir (b.1948) Love Bade Me Welcome Known primarily for her operas, Scottish composer Judith Weir is one of the most celebrated English composers working today. Most notably, in 2014 Weir was given the prestigious honor of becoming the first female Master of the Queen’s Music, a title held by only twenty-one British composers in history. Seventeen years before that in 1997, She composed the choral setting we just listened to for another prestigious event, the 500th Anniversary of Aberdeen University. Weir turned to 17th century poems for her lyrics. “Love bade Me Welcome” was penned by George Herbert, a welsch poet who became known for his devotional poetry, and who gained the attention of King James I in 1624. Weir’s use of devotional poetry and lyrics in her own composition follows the practice of another great British composer of sacred music, who also served as her mentor: John Tavener

Leonard Coen (1934-2016) Suzanne The distinction between song lyrics and poetry is often blurred. For some songwriters they are one and the same. When the first recording of Suzanne was released as a cover by Judy Collins in 1966, Leonard Cohen had already published several collections of poems, some of which were written when he was as young as 15. Cohen had returned to Montreal from New York in the 50's to work odd jobs and focus on writing poetry and fiction, but being disappointed with his lack of success as a writer, he came back to New York to pursue a career as a singer-songwriter and folk singer, having played guitar previously in a country music band. After striking up a friendship with Judy Collins, who introduced him to television audiences and got him the attention of Colombia Records, Cohen released his debut album Songs of Leonard Cohen in 1967, of which “Suzanne” is the first track. The album was modestly successful upon release but has since become a cult classic.