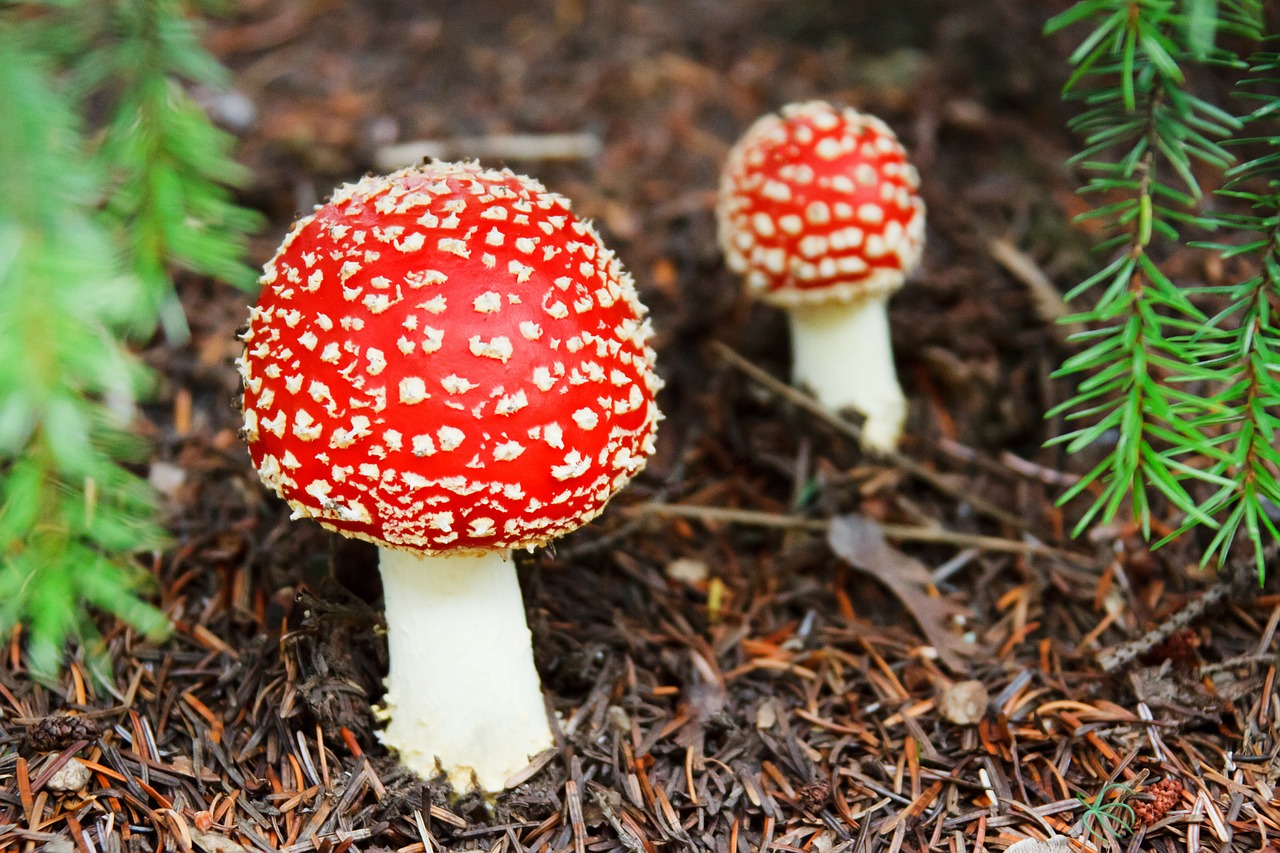 It’s too hard to keep those opus numbers, BWVs and Ks straight, so the Ether Game Brain Trust takes a look at some of classical music’s best nicknames in a show called James, Jim, and Jimmy.

Get ready to start abbreviating!

Jacques Offenbach (1819-1880) ORPHEUS IN THE UNDERWORLD: Overture Offenbach’s comic opera Orpheus In The Underworld aggressively satirizes greek mythology with an absurd retelling of the familiar Orpheus myth. In Offenbach’s version, Orpheus and Eurydice are stuck in an unhappy marriage, and the underworld feels like a step up. Even Jupiter and the rest of gods find the underworld enticing, eventually leaving their dull life on Mount Olympus for a raucous party in hell, accompanied by the "Infernal Galop" and the now synonymous cancan. The high-stepping boisterous dance had been popular in music halls for decades when Offenbach’s comic opera premiered in 1858. Considered highly disreputable by Parisian society because of the inevitable display of a little too much leg, the word “cancan” comes from French slang meaning “malicious gossip” or “scandal” and a scandal it certainly must have caused when it was danced in Offenbach’s opera. While it was never banned outright, there are records of arrests for dancing the cancan.

Antonio Vivaldi (1678-1741) FLUTE CONCERTO IN D, Op. 10, No. 3, RV 428 'Il gardellino' [The Bullfinch] It can be hard to keep track of all of Vivaldi’s many concertos, but many of them have cute nicknames, which can help you tell them all apart.  His Opus 10 includes three concertos with programmatic titles. The third concerto is full of joyous, chirping musical figures. These musical chirps explain the concerto’s nickname, Il Gardellino, which is translated as either The Goldfinch or The Bullfinch. Vivaldi himself was a fairly public figure in Venice as conductor of a famous all women’s orchestra, and  he earned himself a nickname for his shock of bright red hair: the Red Priest. Although he was indeed an ordained priest, Vivaldi never led Mass. He suffered from “tightness of the chest” which historians now believe to have been asthma. This made it difficult for him to sing, but did not stop him from becoming one of the Baroque Era’s most prolific composers.

Richard Wagner (1813-1883) TRISTAN UND ISOLDE: 'Mild und leise wie er lächelt' (Isolde's Liebestod) This recording from Richard Wagner’s Tristan and Isolde by the Vienna Philharmonic is conducted by Hungarian conductor/composer George Solti. Solti’s recordings of Wagner’s works, Tristan and Isolde and most famously, the Ring Cycle, are considered by many to be the best recordings of Wagnarian opera on the market. Although he mellowed with age, for much of his career Solti was known for being an incredibly intense conductor, taking a cue from his mentor Arturo Tuscanini. He gained a nickname for his presence on the podium, the screaming skull, that apparently developed from his musicians’ observations that a devilish flicker would appear in his eyes whenever he started conducting. We just heard one of the most famous moments in the opera, the climatic ending in which Isolde sings over Tristan’s dead body. The melody has since become a theme used throughout the entertainment industry for doomed lovers.

Franz Schubert (1797-1828) WINTERREISE, D. 911, No. 13: 'Die Post' [The Post], No. 14: 'Der greise Kopf' [The Gray Head] Though Franz Schubert would later become a musical giant of the Romantic style and the development of the modern symphony, as a young adult, his diminutive frame and stocky build earned him a nickname that some might think is cute, others, possibly insulting. He was only five foot one, and was nicknamed Schwammerl, or Little Mushroom. Over a century after Schubert’s death, that nickname reappeared as the title of a sentimental novel about Schubert by Austrian novelist Rudolf Hans Bartsch. Bartsch himself was a classical music lover, and was honored when his most famous poem Autumn Chorus to Pan was set to music by Josef Marx, a 20th century composer who, like Schubert, wrote a great many lieder, or art songs. The music we just listened to from Schubert’s Winterreise is one of the finest examples of German art song or lieder.

Johannes Brahms (1833-1897) CONCERTO IN A FOR VIOLIN AND CELLO, Op. 102 Brahms composed his double concerto as a gesture of reconciliation with violinist Joseph Joachim. Brahms and Joachim had been close friends until a divorce between Joachim and his wife Amalie drove the musician and composer apart. Joachim, who was known to be a jealous man, had accused his wife of adultery. In the ensuing legal dispute, Brahms testified to her credibility rather than side with Joachim. Happily, the friendship was rekindled through the concerto. It’s possible that Joachim performed this work on a violin with a famous nickname, a Stradavarius violin known as The Messiah. The instrument is classified as in “like-new” condition, having almost never been played,  and is the only instrument of its kind. Because of their fame, many of the Stradivarius violins have nicknames. Others include the Dolphin, the Emperor, The Lady Blunt and the Swan Song.

Charles Gounod (1818-1893) FAUST: 'Air des bijoux' The legend of Dr. Faustus’ deal with the devil has inspired many literary and musical works since the 1500’s, the most famous being Goethe’s tragic plays Faust: Part One and Faust: Part Two. However it was not Goethe which inspired Charles-Francois Gounod’s five-act opera, but rather a play by Michel Carre titled Faust et Maguerite. Carré often collaborated with another playwright, Jules Barbier to produce many librettos including Faust, and together they helped define the aesthetic of French theatre in the 19th century. Gounod’s opera contains many popular themes and arias, the most well known being this one,  Ah! Je ris de me voir si belle en ce miroir. Arias are often titled after the first line being sung, however this piece came to be known as The Jewel Song, because in this scene the opera’s romantic interest Marguerite sings in rapture over a gift of jewels Faust is using to seduce her.

William Byrd (1543-1623) IN NOMINE IN 5 PARTS, No. 1 and 2 In the religious turmoil of Elizabethan England, William Byrd managed to keep his head on his shoulders and stay out of jail. Byrd was a recusant catholic in a state which, following decades of bitter political struggle with the Roman church, had officially outlawed the religion. Because of Byrd’s popularity and political influence, his religious views were overlooked and he was generally allowed to compose all kinds of music, both secular and sacred. The music by him that we just listened to was a popular type of piece for the English viol consort: the In Nomine. Hundreds of In Nomines were written by Byrd and his contemporaries, especially Christopher Tye, who has 24 surviving settings. The In Nomine's foundation is the plainchant Gloria Tibi Trinitas, composed by John Tavener before 1530. In a four or five part consort, one player takes the plainchant as a cantus firmus, with each note of the theme lasting one or two measures while the other performers perform more complex lines.

Emil Reznicek (1860-1945) SYMPHONY NO. 2 in B-FLAT, 'IRONIC' Emil Nikolaus von Reznicek was a colleague of Richard Strauss.   He conducted the Berlin Comic opera, and then spent time teaching at the Berlin Academy of Arts.  With Strauss, he formed an organization to support tonal composers, but left in 1942 when the Nazi Party tried to take control of the organization.  In a letter to Strauss, Reznicek described this symphony as being “ironic and very cheeky.” The nickname was not explicitly assigned to the piece by the composer, but he did not object to its use.  Reznick’s manuscripts were confiscated by the Propaganda Ministry during the war, and only a few have been returned or found.

Little Richard, Albert Collins (1957) LUCILLE Born Richard Wayne Penniman, Little Richard became a pioneering musician in the early development of rock n roll when he sung suggestive lyrics at the top of his register over upbeat boogie-woogie rhythms on the piano. Little Richard also helped develop the “rock persona” with extravagant hair and make-up and exuberant performances, often leaving the piano to dance wildly on stage and even on top of the piano.  After a string of hits in the mid 50’s including Lucille, Little Richard abruptly quit the music industry to become a minister for the Seventh Day Adventist Church. He later returned to performing in the 60’s to moderate success.