The Man with the Violin: Ether Game Playlist 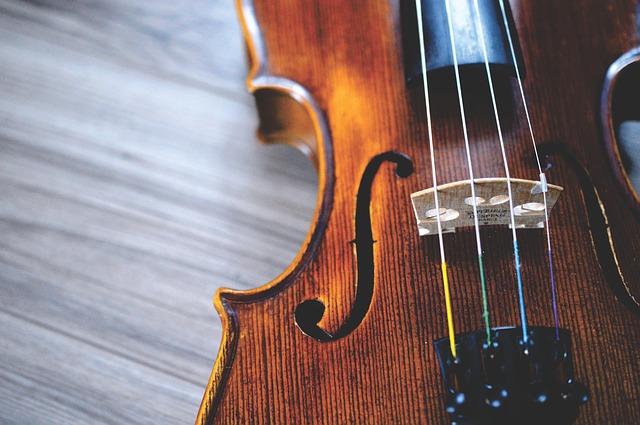 On Ether Game this week, we celebrated the 76th birthday of a titan of classical music performance, Itzhak Perlman! We quizzed on some of our favorite of Perlman's recordings from the WFIU music library. Browse below and read about this extraordinary violinist's long and successful performance career.

Felix Mendelssohn (1809-1847) Violin Concerto in e, Op. 64 The Violin Concerto in E minor, the last major orchestral work written by Mendelssohn, remains to this day one of the hallmarks of the genre. With a written out cadenza, it was fairly innovative for the time, when the virtuosic cadenzas were usually left up to the discretion of the individual performer. In 1948, this piece was involved in an important musical first. It was the FIRST PIECE OF MUSIC DISTRIBUTED ON A LONG-PLAYING RECORD, a brand new piece of technology from Columbia Records. Ten years later, the concerto was performed by a 13-year old Itzhak Perlman on the nationally televised Ed Sullivan Show, kicking off what would become a decades long career of international attention as a solo violinist and conductor. In 2018, 60 years later in 2018, Perlman returned to the Ed Sullivan Theater to commemorate his first appearance there and perform on the Late Show with Stephen Colbert. With house musician Jon Batiste at the piano, he performed a medley of Paganini’s “Caprice in A minor” and the jazz standard“Someone to Watch Over Me.”

John Williams (b.1932) Schindler's List: Theme John Williams holds the record for the most Academy Award nominations of any living person. Of the five he has won over his hugely successful career, his most recent was for the musical score to director Steven Spielberg’s Schindler’s List, a film about real-life businessman Oskar Schindler, who used his factory as an excuse to rescue thousands of Jews from death during the Holocaust. Williams asked Itzhak Perlman to perform the memorable violin theme for the score, and Perlman later recalled that he initially had reservations about jumping on board with the project. His familiarity with Williams’ work had been as the composer of Jaws and E.T. and he wasn’t sure how he would handle a Jewish theme. After Williams explained his ideas for the score, Perlam was convinced and he went on to record what would become one of the most memorable violin themes in modern music. Perlman has since remarked that no matter in what part of the world he is touring, audiences ask for Schindler’s List more than any other piece is in his repertoire.

Antonín Dvorák (1841-1904) Slavonic Dance, Op. 72, No. 2 in e Johannes Brahms met Antonin Dvorak when Dvorak was applying for a scholarship from an Austrian imperial committee. Brahms was a member, and the committee was charged with providing scholarships to struggling young composers. Brahms was immediately taken by the young Czech composer’s music and recommended him not only for the scholarship, but also to his publisher FRITZ SIMROCK. Simrock then commissioned Dvorak’s “Moravian Duets” which were a huge success. The success prompted SIMROCK to invite Dvorak to write another piece for him., and Dvorak produced the first set of “Slavonic Dances” for piano 4-hands. It was so successful that Dvorak quickly orchestrated them and they were performed throughout Europe. The version we just heard includes orchestration as well as the duet spirit of the original composition, with Itzhak Perlman and long-time collaborator Yo-Yo Ma performing featured violin and cello parts

Èdouard Lalo (1823-1892) Symphonie espagnole, Op. 21 Although Edouard Lalo is not one of the most immediately recognized names in French music, his distinctive style has earned him some degree of popularity. A composer of Spanish descent, he was born in northern France and spent most of his life in and around Paris. A gifted violinist and teacher, he wrote many great works for full orchestra as well as chamber ensembles. One of his most prominent compositions is the Symphonie Espangole, a concerto-like work for violin and orchestra. The piece was written for Pablo de Sarasate, a gifted violinist and arranger of many virtuosic works for the instrument. The piece calls for a great deal of technical bravado from the violin soloist, but is also an enjoyable work that captures the sunny and exotic atmosphere of France’s southern neighbor.

Jean-Marie Leclair (1697-1764) Sonatas for Two Violins  Born into an extended musical family, Jean-Marie Leclair was trained in both violin and dance and excelled in both, becoming a premier dancer and ballet master in Turin, as well as lead violin for the orchestra in Versailles. At this time in the early 1700’s classical violin music had developed into two distinct schools, French and Italian. Italian violin technique was heavily influenced by vocal music with legato bowings and more extreme contrast between tempos. French style came from dance music and was more conservative in expression but highly ornamented. Leclair was key in bridging both traditions. His compositions were based in French music but incorporated many Italian elements, for example using multiple stops (that is playing two or more strings at once with the bow) was practically unheard of in French music until Leclair incorporated them in works such as his two collections of sonatas for two violins. Leclair’s expert use of multiple stops creates the illusion that more than two instruments are playing in these works.

Pablo Sarasate (1844-1908) Concert Fantasies on Carmen, Op. 25 When speaking of the composer Pablo Sarasate, playwright George Bernard Shaw once declared that, though there were many composers of music for the violin, there were but few composers of violin music. Sarasate was a virtuoso known for composing a handful of show-stopping encores, including the fiendishly difficult Carmen Fantasy, a virtuosic showcase of themes from Bizet’s popular opera Carmen. He gave his first public performance at the age of eight, and caught the eye of a wealthy patron. This patron funded Sarasate’s early studies in Madrid, where Queen Isabella II took a shine to him. With the Queen’s help, he was sent to study at the Paris Conservatoire, where he became a student at the age of twelve. Although he would spend his life touring the world, traveling all over Europe, North America, and South America, he never lost touch with his Spanish roots.

Charles-Auguste de Bériot (1802-1870) Scène de Ballet, Op. 100 Harmonics, left hand pizzicato, ricochet bowing and scordatura-all of these techniques were used by Paganini to develop a virtuosic style of playing that changed violin music forever-but where does one go from there? Belgian violinist Charles-Auguste de Bériot had one answer, you take all of those flashy tricks and technical brilliance and apply it to the elegant style cultivated by the early romantic Parisian violinists. This attitude towards mastering diverse techniques but scaling back technical display in favor of sweetness, warmth and sentimental effect inaugurated a new approach to the violin, known as the Franco-Belgian style. Though not as flashy and difficult as Paganini's, Bériot's pieces require mastering subtle expression, elegance and grace. His influence had a major impact on more conservative Romantic-era composers such as Mendelssohn, who reflected the Franco-Belgian style in his own violin concerto.

Lukas Foss (1922-2009) Three American Pieces 1. Early Song Foss was a child prodigy, earning a Fulbright at a young age, and becoming the youngest composer to win a Guggenheim Fellowship. Later in his career, he experimented with serialism, electronic music, and improvisation, but his early work comes from his more neoclassical phase, a phase which also had elements of Copland’s American populism. His Three American Pieces, which he wrote when he was fifteen, take inspiration from folk music, and are characterised by simple melodies laid out by supporting instruments over which a soloist performs virtuosic effects. As a virtuoso in both performance and composition, Lukas Foss had an illustrious career. Before passing away in 2009, Foss served as director of the Brooklyn Philharmonic, Buffalo Philharmonic, Milwaukee Symphony Orchestra, and the Ojai Music Festival, in addition to teaching at both Boston University and UCLA, where he replaced Arnold Schoenberg.

Irving Berlin (1888-1989) Blue Skies Although Itzhak Perlman made a name for himself as a classical violinist, he has regularly performed in several other genres as well: Klezmer music, which he learned as a child in Tel Aviv, and jazz, through this studio collaboration with jazz piano virtuoso Oscar Peterson. In 1994, Perlman and Peterson recorded Side by Side, a tribute to favorite jazz standards. The record is unusual for several reasons. Perlman, although an incredibly expressive player, is not an improviser, and thus sticks mostly to playing the themes for each chart. Also unusual is Peterson’s role as an accompanimental, or supportive pianist rather than his usual place as the lead. This was because in ‘94, Peterson was recovering from a very serious stroke, and in fact had been musically inactive previous to the release of this album. Side by Side, marked a triumphant comeback for Peterson, who, although he never recovered complete dexterity in his left hand, began touring again two years later.