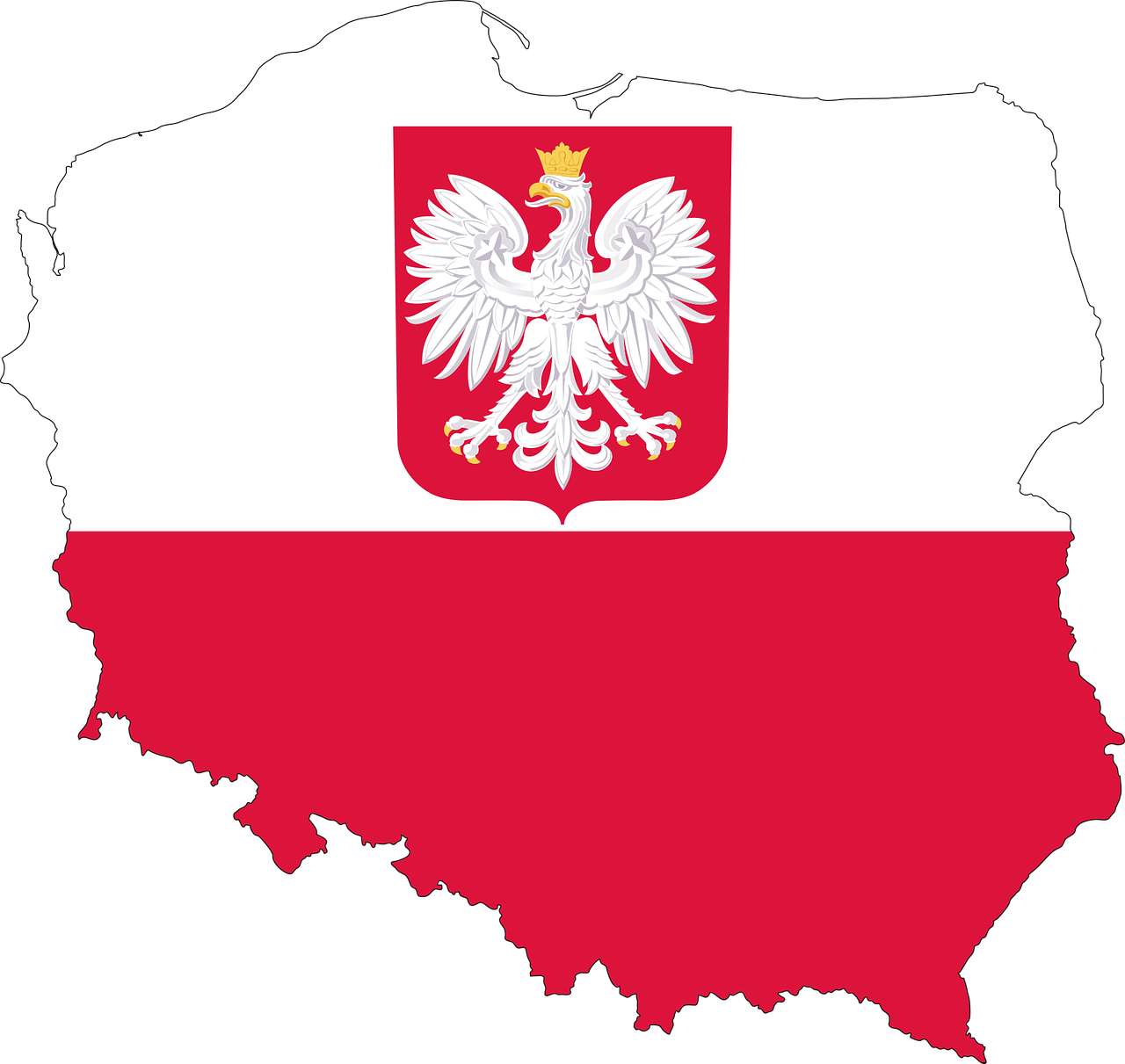 This week we are saying Twoje zdrowie!, that’s “cheers” in Polish, as we head to pierogi country for a look at Poland's contributions to classical music.

Frédéric Chopin (1810-1849) Waltz in F, Op. 34, No. 3, Waltz in A-flat Major Op. 42 Frederic Chopin composed many dance pieces, including these selections from a collection of waltzes. These pieces, however, were not really intended for the dance hall, but rather for the concert stage, or more often, the home salon. Salons were popular in the 19th century as gatherings of intelligentsia in Europe. Chopin was a fixture in the salon scene in Warsaw as early as 1817, when he was 7 years old. Aside from the waltz, he continued popularizing two dance forms which originated in Poland: the mazurka and the polonaise. The polonaise began as a peasant dance and the mazurka is an amalgamation of several early folk dances, and is in a triple meter like the polonaise, but often has dotted rhythms and accented second or third beats.

Peter Ilyich Tchaikovsky (1840-1893) Nutcracker, Op. 71: Polish Dance In one of the most famous scenes from Tchaikovsky’s Christmas fairy tale ballet The Nutcracker, Clara and her Nutcracker Prince are honored by a celebration of all the treats from the Land of Sweets. This is presented in a grand divertissement, which in ballet indicates a series of short dances to showcase the performers’ talents, while not necessarily advancing the plot. Each of the sweets represented in the Nutcracker are associated with the country they came from, tea from China, chocolate from Spain, and coffee from the Arabian countries. However the Polish Dance heard in this selection is a bit mysterious. Several subtitles have indicated a clown or a character named “Mother Ginger” dancing with her polichinelles. Mother Ginger has roots in the commedia dell'arte, however the inspiration likely came from a candy box popular at the time Tchaikovsky wrote the ballet, where a box in the shape of a woman wearing a large skirt opens to reveal candies inside.

Johann Schmelzer (c.1621-1680) Polish Bagpipes' in G Schmelzer was one of the leading musicians in Austria before Heinrich Biber, making significant contributions to the development of instrumental music, especially the violin sonata. He was widely regarded as one of the finest violinists in Europe, one of the few Austrians to gain such a reputation in a field that was dominated by Italian string players. He spent his entire musical career as a court violinist at the Habsburg court in Vienna where he composed and performed for Emperor Leopold, an avid patron of the arts. This piece is an example of one of the many chamberworks he composed for the Hapsburg court: a trio sonata for two violins and continuo imitating the Koziol or Polish bagpipes. Like the Scottish highland pipes, the Koziol are still very recognizable in Europe today for their distinctive look. The name translates to “white goat” because the pipe bag is traditionally made from a white goat hide. A goat head is often carved to ornament the chanter pipe and a goat horn helps amplify the sound.

Franz Liszt (1811-1886) Two Polonaises, S. 223: No. 2 in E You might be surprised to learn that this polonaise or Polish dance was written by Hungarian composer Franz Liszt rather than a Polish composer, but historically, the polonaise as a genre was mostly developed outside of Poland, especially by 18th century composers across the rest of Europe. The dance certainly has its origins in Poland though. During the 17th century, Polish nobles took popular rustic dances or polocca that were danced by country folk at weddings and festivals and transformed them into the polonez, making them more refined for their cultured courts, but retaining the rural simplicity of the source material, especially the distinctive rhythms of the dance. Moving into the Early Romantic period when the genre broadens, you can still identify the polonaise or a theme played in the style polocca by its familiar rhythmic motive: an eighth note and two sixteenth notes followed by four with notes.

Manuel de Falla (1876-1946) Nights in the garden of Spain: At the Generalife With a performance career spanning eight decades, Arthur Rubenstein is considered to be one of the greatest piano virtuosos of the 20th century. Born in Poland, where he showed promise as a musician at age 3, he traveled to Berlin for most of his musical education under the direction of Joseph Joachim. Aside from his music career, he became a military interpreter in London during World War I, being fluent in eight languages. In 1946 he became an American citizen after several years of touring in the US and taking up residence in Brentwood, California during World War II. He is most well known for his performances of Chopin and for recording the composer’s entire work. However he is also known for his admiration and interest in Spanish music, especially the work of Manuel de Falla, whose composition inspired by the gardens of Spain is tonight’s selection.

Henryk Górecki (1933-2010) Symphony No. 3, Op. 36 'Symphony of Sorrowful Songs' II. Lento E Largo Polish composer Henryk Gorecki has written nearly seventy works of the course of his forty-year career, the most popular of which is the work we just heard, his Third Symphony.  This work, completed in 1976, betrays a number of influences, among them: Polish folk music, early modal hymnody, and a debt to the lush soundscapes of the romantic era.  In fact, the re-emergence of romantic tendencies in new music of the 1970’s grew to such a height that it is often called “Neo-Romanticism”.  The Neo-Romantic style has been picked up by many recent composers, including even such previously “out there” composers as Kryzstof Penderecki, Gyorgy Ligeti, and others.

Wojciech Kilar (b.1932) Vocalise: Theme from the Ninth Gate Considered one of Poland’s most esteemed composers, Wojciech Kilar has been the recipient of numerous musical honors including the French Lili Boulanger Prize for Composition and the Polish Ministry of Culture and Arts Award.  Trained in Poland with additional studies with Nadia Boulanger in Paris, Kilar is often grouped with fellow Polish composers Henryk Górecki and Krzysztof Penderecki as part of the Polish Avant Garde.  Although he has composed symphonic, solo and chamber works, Kilar has stood out as a film composer.  In addition to composing the soundtrack to Roman Polanski’s witch-infused film The Ninth Gate in 1999, he was awarded the 1992 ASCAP Award in Los Angeles for his score for the Francis Ford Coppola horror film Bram Stoker's Dracula.

Karol Szymanowski (1882-1937) Mythes, Op. 30: La Fontaine d'Arethuse Championed by his fellow countrymen like Witold Lutoslawski, Polish composer Karol Szymanowski became the savior of Polish music in the early 20th century. His works evoke the Romanticism of Richard Strauss, the Impressionism of Claude Debussy, and the atonal experiments of Alexander Scriabin. Greek mythology also fascinated him, and he composed two separate works on mythological subjects in 1915. The chamber work Myths from that year for violin and piano is a triptych of three such tales: the subject of the first movement is the nymph Arethusa who was transformed into a fountain by the god Artemis; the second movement “Narcissus” is about that beautiful yet self-obsessed mythological figure. And the third movement, which evokes the music of Debussy and Roussel, is about the tree nymphs the Dryads and their companion god of the wild Pan.

Basia (b.1954) Cruising for Bruising Basia, which is the stage name of Polish singer Barbara Stanisława Trzetrzelewska, pops up occasionally to sing pop and jazz tunes to quite some acclaim, then disappears to sing in jazz clubs in her native Poland, where she is not nearly as popular as she is in the US, South America and England, where two of her albums, Time and Tide and London Warsaw New York went platinum. Beginning her music career in the early eighties as part of the British trio Matt Bianco, she later began a solo singing career fusing latin-inspired jazz with 80’s synth pop. After a lengthy hiatus from performing in the early 2000’s, she returned to the music industry to record a reunion album with Matt Bianco, and has since been performing and releasing new music on various independent labels.