May the Fourth Be With You: Ether Game Playlist 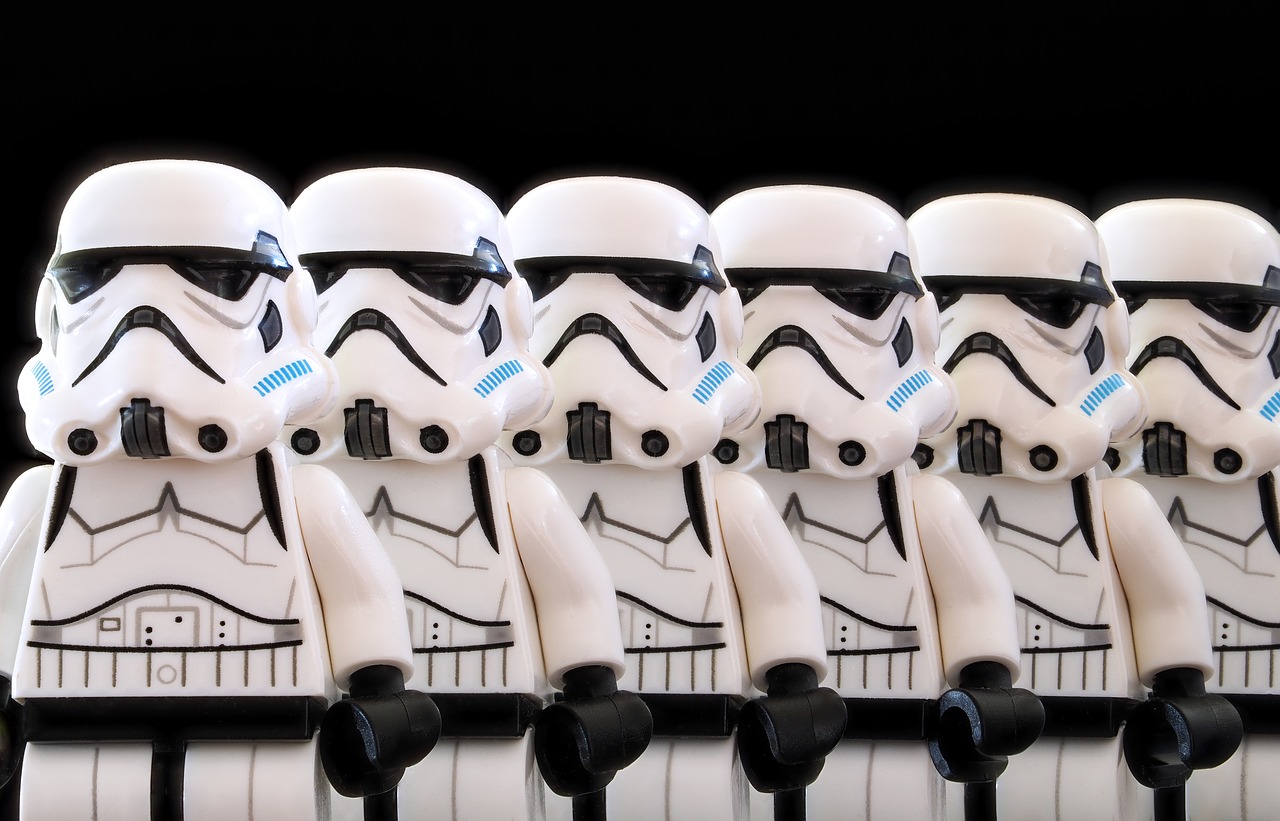 Since composer John Williams created his hugely successful score to the original Star Wars trilogy, the symphony orchestra has helped define the sound of science fiction. Browse our playlist below for some of our favorite sci-fi scores, with a little theremin thrown in too!.

John Williams (b.1932) Star Wars: Return of the Jedi: Luke and Leia As David Brent Johnson, WFIU’s weekly Jazz host reminded me, composer John Williams was first known professionally as jazz keyboardist “Johnny” Williams. He has since become today’s most well-known and successful film composer and a defining figure in the sound of sci-fi. Williams was one of several film composers who re-incorporated the symphonic sound into science fiction films in the late 1970s. Space music of the 50s and 60s is often jokingly labeled the “Bleep Bloop Era” by musicologists, a reference to the mixture of experimental electronica and jazz that defined sci-fi shows and movies of the time. With Star Wars, Williams revived the mindsets of orchestrators of the early 20th century: A Wagnarian approach to film music that used classical music to give science fiction films an epic tone more appropriate to the grandiosity of interstellar travel. Star Wars is one of the highest grossing films of all time and The American Film Institute lists the original Star Wars soundtrack as the best in film history.

Fritz Kreisler (1875-1962) Liebesleid When the Atomic Age of the 1950s produced a raft of sci fi shows and films, early electronica was a defining characteristic of the accompanying music. Piloting the proverbial starship of this era’s sci-fi sound was the curious Theremin, or Etherphone as it was originally called. The theremin made its sci-fi debut in 1950  under the pen of composer Ferde Grofe for the score to Rocketship X-M to musically depict the alien landscape visited by the crew of the eponymous rocket. Its association with the otherworldly was cemented with the popular 1951 film The Day the Earth Stood Still. Composer Bernerd Hermann called for dueling theremins in this score to introduce the alien diplomat Klaatu and his mysterious robot Gort, but also skillfully incorporated the instrument into the overall orchestral sound of the film. We just listened to Theremin prodigy Clara Rockmore, who worked with the instrument’s inventor, Leon Theremin, to make the instrument capable of playing orchestral music like that of Grofe and Hermann.

Gaetano Donizetti (1797-1848) LUCIA DI LAMMERMOOR: 'Il dolce suono...Ardon gl'incensi' (Mad scene) One of the many memorable scenes from Luc Besson’s flamboyant sci-fi action flick The Fifth Element, is when the main characters attend an opera at a grand interstellar space resort. Luc Besson’s vision of the future shows us that in the 23rd Century, opera singers are surprisingly still singing the classics. The squid-like alien diva Plava Laguna begins the scene with this aria from Donizetti’s Lucia di Lammermoor, singing it in the traditional bel canto style and using baroque hand gestures, before launching into a quicker, more futuristic passage where the aria is given a techno treatment with electronically-altered vocal tricks. Predictably it was very difficult to sing opera in a costume with such copious prosthetics as Plava Laguna’s. Her actual voice was later provided in post production by the Albanian opera singer Inva Mula.

Gustav Holst (1874-1934) The Planets, Op. 32: Neptune, The Mystic Gustav Holst’s Planets suite is in part based on the celestial objects orbiting the sun and in part based on the mythical gods that gave them their name. The “Neptune” movement is named after Neptune, the mystic Roman god of the dark, tranquil sea. When this piece was written in 1916, Neptune was thought to be the last planet in our solar system. In this haunting movement, Holst wrote one of the first “fade outs” in classical music, meant to represent the stasis and emptiness of space, stretching out forever. To represent the mystery of the celestial unknown, he also included a women’s choral part, but with a wordless text. To achieve this fadeout effect, Holst placed the women’s choir offstage in an adjacent room singing a wordless tune. During the final bar of the piece, the door to the room was slowly and silently closed, while the final bar was repeated softer and softer until no sound was heard.

Jacques Offenbach (1819-1880) Voyage to the Moon: Ballet of the Snowflakes French novelist Jules Verne has written some the earliest and most enduring science fiction narratives with classics such as 20,000 Leagues Under the Sea and Journey to the Center of the Earth. However some of the first to actually involve space travel were a series of novels centered around voyages to the moon. In the first novel, From the Earth to the Moon, several American Civil War veterans conceive of a giant “space cannon” with enough power to shoot a manned bullet-shaped projectile with three passengers into lunar orbit. While the Verne novels only have the characters orbit the moon, a later 1902 silent film adaptation and an operetta by Offenbach have the voyagers actually land and experience exotic, whimsical adventures in a lunar fairyland. This ballet number from the operetta indicates that it snows on the moon, with snowflakes dancing in temperatures 50 degrees below freezing.

John Barry (1933-2011) The Black Hole Main Title English composer John Barry Prendergast is perhaps best known for writing the music to a dozen James Bond films, but he has composed scores for many other movies as well, including the bizarre and not very successful sci fi horror film The Black Hole from 1979. Written at a time when Disney aimed to make films not intended for children, this cult classic portrays the fate of a small crew who become trapped aboard a space station just outside the orbit of a black hole. The space station is manned by a mad scientist who has turned his former crewmates into drones and is obsessed with the prospect of traveling through the black hole to explore its unknown depths. When this happens by accident to the crew members as they try to escape, Barry’s score accompanies one of the darkest and most surreal sequences Disney ever produced, as the crew falls into the black hole and seem to pass through heaven and hell appearing in an unknown galaxy on the other side. This music for the main title sequence creates an atmosphere of mystery and dread which is present for the rest of the film.

Ligeti, György (1923-2006) Requiem: Kyrie György Ligeti's Requiem, in particular the Kyrie, was described by one critic as “the darkest vision of musical terror ever imagined.” The uneasy and supernatural quality of Ligeti's music stems from his trademark technique of “micropolyphony, ” in which individual voices become so densely woven together that only clusters or clouds of sound can be discerned. When Ligeti combined his style with the dark tone that traditionally accompanies a Requiem, he produced a work that shifts from moodiness to complete horror. Thanks to film director Stanley Kubrick, Ligeti's work gained widespread attention when Kubrick chose the Kyrie for the appearance of the monolith in his film 2001: A Space Odyssey. Kubrick had originally hired a Hollywood professional to compose a score which imitated Ligeti, but after being dissatisfied with the results, he opted to use a recording of the real thing. Unfortunately he did not ask Ligeti’s permission at the time, and the composer was reportedly shocked to hear his music in the film. Luckily he was eventually compensated, and Kubrick would continue to use Ligeti’s music in later films such as Eyes Wide Shut and The Shining.

Michael Giacchino (b. 1967) Jupiter Ascending (music for the ballet A Dark and Lonely Space) New Jersey-born composer Michael Giacchino has recently become one of the most sought after composers in Hollywood, with six grammy awards to his name and two oscars. He got his big break composing for sci-fi movies: the hugely successful 2004 film The Incredibles, and J.J. Abrams’s reboot of the Star Trek franchise. Giacchino truly flexed his sci-fi music muscles in 2016, when he mentioned in an interview that he composed the music to Disney’s Rogue One: A Star Wars Story in just four weeks. We just listened to Giacchino’s music from the 2015 sci-fi epic Jupiter Ascending, which was a massive box office flop. However, the film’s music was widely praised, and Giacchino worked with choreographer Kyle Davis of the Pacific Northwest Ballet to repurpose the music into a ballet called A Dark and Lonely Space. Upon its premiere Davis wrote that the ballet began with the idea that “the anthropomorphization of the birth of a planetary system could shed light on human behavior.”

Sam Cooke (1931-1964) Bring It on Home to Me When Marvel Studios announced at the 2010 San Diego Comiccon that it would add a film adaptation of it’s obscure 1969 Guardians of the Galaxy comic to  phase two of the Marvel Cinematic Universe, many critics thought the film was destined to flop. Marvel had already struck gold (or I should say iron), turning the formerly obscure Iron Man into one of its most successful comic book movie heroes. In 2010  however, only die-hard comic fans knew that Guardians was more than just the space team with the raccoon with the big gun. The film would go on to become the 3rd most financially successful film of the MCU, due in part to the impeccable soundtrack compiled by director James Gunn. We just listened to Sam Cooke’s Bring it Home to Me, which appears in the film diegetically, playing on the iconic walkman as  Peter “Starlord” Quill convinces his romantic interest, Gomara, to dance with him to “one of the greatest Earth singers of all time.”