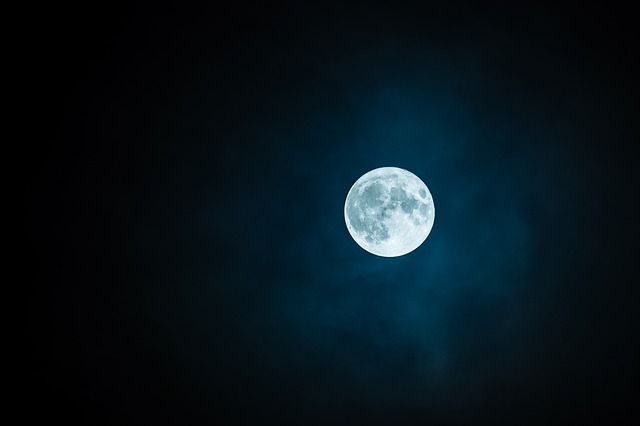 Calling all night-owls for this week's Ether Game. We embraced the darkness with a show called Carpe Noctem. Browse our playlist of nocturnal classical pieces, from nocturnes to Night Music to Night Fever.

Modeste Mussorgsky (1839-1881) A Night on Bald Mountain The “Bald Mountain” referred to in the title of Mussorgsky's tone poem is the location of a legendary assembly of ghouls and witches, who embraced the night and celebrated a dark mass until they were dispelled by the ringing of a Matins bell. As with much of Mussorgsky’s music, the history of “Night on Bald Mountain” is complicated by multiple versions, revisions, unfinished sketches and finally, completion by other composers. The original title St. John's Eve on Bald Mountain refers to St. John's Eve, a Russian folk holiday celebrated on the Summer Solstice. While the day itself is celebrated with ritual bathing and fire-jumping, in folklore the eve of the holiday often had more sinister associations. After his teacher rejected the original version in 1867, the persistent composer later worked a new version into a dream sequence in one of his comic operas. The most well-known version, however, is the one edited and performed after Mussorgsky’s death by his friend Nikolai Rimsky-Korsakov.

Leonard Bernstein (1918-1990) West Side Story: Tonight Choreographer Jerome Robbins first proposed a modern retelling of Romeo and Juliet to Leonard Bernstein in 1949. Originally it was to revolve around tensions between Catholics and Jews, but the two eventually decided to focus on gang warfare between first generation Puerto Rican immigrants and sons of first generation European immigrants. Many songs from West Side Story have become standard repertoire in their own right, including “Tonight,” originally sung by Tony and Maria as they meet in secret on a fire escape. The main phrase from “Tonight” also appears later in the musical during a vocal quintet, which Bernstein had actually composed first. He later composed the rest of “Tonight” when the original song intended for the scene was thought to be too innocent for two teenagers in love.

Ottorino Respighi (1879-1936) Notturno The term “nocturne” was first applied to solo piano music in the early 19th century by Irish composer John Field. While the nocturne tends to consistently follow a simple ABA form, Field used the term to describe a specific texture, typically being a lyrical melody accompanied by broken chords which are pedaled so that the broken harmonies have a way of melting together. As the genre developed through the century and became a favorite of Romantic era composers, nocturne referred less to a specific form and texture and more to a poetic expression of the night. Impressionist composers like Debussy, Fauré and Respighi especially used the nocturne to evoke twilight soundscapes and the gentle mystery of a still evening. This Notturno by Respighi is the third movement of his 6 Pieces for Piano, and is often played as its own piece.

Manuel de Falla (1876-1946) Nights in the Gardens of Spain French romantic composers were known for their fascination with Spanish music: think Bizet’s “Carmen” or Lalo’s “Symphonie Espagnole.” Of course, the fascination worked both ways. Spanish composer Manuel De Falla left his native country in 1907 to live in Paris for the next seven years. Later, this would cause some critics to perceive his works as not being “Spanish enough.” In Paris, De Falla was influenced by the coloristic style of Debussy, Ravel, and his mentor Paul Dukas. When he returned to Madrid at the outbreak of World War I, he took these influences with him, composing this work which depicted the gardens of Spain through the lens of French Impressionism. It started as a set of solo piano nocturnes, but later evolved into a work for full orchestra, premiering in Madrid in 1916.

Béla Bartók (1881-1945) String Quartet No. 5 Mvmt. II Adagio molto Bartok focused his attention on chamber music in the late 1920s and onward, composing his Fifth String Quartet in the summer of 1934. As with his 4th quartet, Bartók added an additional movement to the traditional four movement structure, giving it a symmetrical five-movement form, sometimes referred to as an “arch form.” Throughout his life, Bartok held a secondary interest in architecture and mathematics, and often referred to the 3rd movement of his five part quartets as the keystone of an arch. Keeping to this idea, movements one and five are melodically linked, as are two and four. These inner movements have also been classified as examples of Bartok’s “Night Music” style, a term the composer used to describe certain compositions that were evocative of nocturnal nature sounds and images.

Heinrich von Biber (1644-1704) Sonata a 5 in C 'Der Nachtwächter' [The Night-Watchman] During the late 17th century, Salzburg, Austria was a place of great cultural development, where musicians, in particular, flourished. This was in part due to the presence of Prince-Archbishop Max Gandolph Kuenburg, whose habit was to employ an ample entourage of musicians with whom he would travel from court to cathedral and show-off. Biber, whose reputation as a master violinist was already flourishing by the 1670s, was among the most favored of these musicians. He would later be hailed as the best violin composer of the 17th century, known for pushing the boundaries of both the instrument and chamber music. His night watchman sonata is one of his many theatrical-type pieces, written to impress the Bishop and his friends at court. Biber wrote that during the ciacona, a singer pretending to be a nightwatchman would appear and announce the time of day, in the manner that was familiar to Salberg city dwellers. During this moment, the other players would pizzicato while holding their instruments as if they were lutes.

Peter Warlock (1894-1930) The Night (from Three Belloc Songs) If the name “Peter Warlock” sounds too fantastical to be real, that’s because it is. Warlock’s real name is Philip Heseltine, who was born into a well-to-do British family of stockbrokers, solicitors and art connoisseurs. He became interested in music but was unable to submit to the rigors of formal education. After a brief stint as a music critic, he quit and began studying and editing Elizabethan music at the Royal Library. Inspired there by the names of successful composers he studied and the occult, he decided to publish his own music under the evocative name Peter Warlock. The piece we just listened to comes from Warlock’s three settings of poems by one of England’s most prolific 20th century writers: Hilaire Belloc. In The Night, the singer yearns for the embrace of sleep and the “false delight” of dreams. The poem hints at some religious imagery as well, complimenting Belloc’s deeply catholic views.

William Alwyn (1905-1985) Night Thoughts Night Thoughts was composed in 1939 as a stand-alone piece by British composer William Alwyn when he was working in London. Though it is not indicated in the title, the piece follows the form of a nocturne, beginning with a calm opening section, developing a stormy middle, and returning to the calm to close the piece. When Night Thoughts was published as part of Oxford University Press’ Piano Series in 1940, Alwyn chose an excerpt from the poem Drum Taps by Walt Whitman to preface the piece. “By the bivouac’s fitful flame,/a procession winding around me,/solemn and sweet and slow/  This piece is a good example of Alwyn’s compositional style for piano, which tended to focus less on virtuosity and more on expressive, highly characteristic pieces in compact musical forms.

The Bee Gees (1958-2012) Night Fever The Bee Gees had been writing and performing music in Australia since the 1960’s, originally as a group called the Rattlesnakes, but it wasn’t until they were included on the soundtrack of the classic film Saturday Night Fever in 1977 that they exploded into superstardom and became one of the most famous music groups of the disco era. Three tracks from the album, Stayin Alive, How Deep is Your Love, and Night Fever all charted at number one, and the entire album for Saturday Night Fever, which included other artists performing additional songs written by the Bee Gees, stayed at the top of the charts for 25 weeks in 1978. The sudden ascent to stardom turned out to be somewhat of a flash in the pan, with the Bee Gees popularity declining swiftly alongside all things disco in the 80’s, however their legacy in dance music is undisputed.