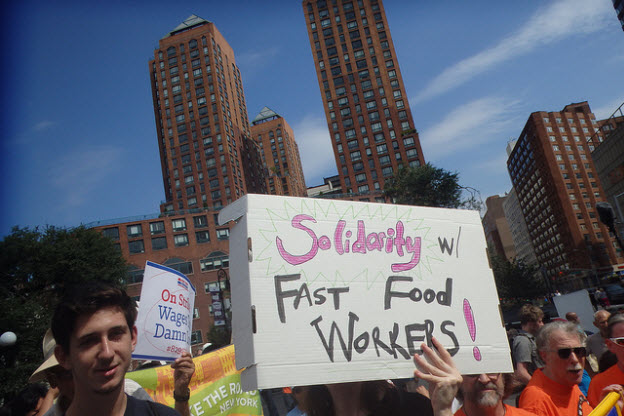 Update: The Wage Board, appointed by New York Governor Andrew Cuomo, has recommended the minimum wage be raised to $15 an hour for fast food employees. The final move before it becomes official is for acting State Commissioner of Labor Mario Musolino to accept it, which he is expected to do.

New York's Wage Board will vote on an increase to the hourly wage for fast-food workers Wednesday.

Fast-food employees have been fighting for the hourly wage to increase to $15 an hour -- a jump from the current minimum wage of $8.75.

Employees of McDonald's, Burger King, Domino's, Wendy's and KFC have rallied for higher wages since November 2012.

The Wage Board is expected to approve the measure. If approved, the increase will skip legislative approval and head to New York's labor commissioner.

If the increase is accepted, it could put pressure on other low-wage hourly jobs, like retail, to increase their wages voluntarily.