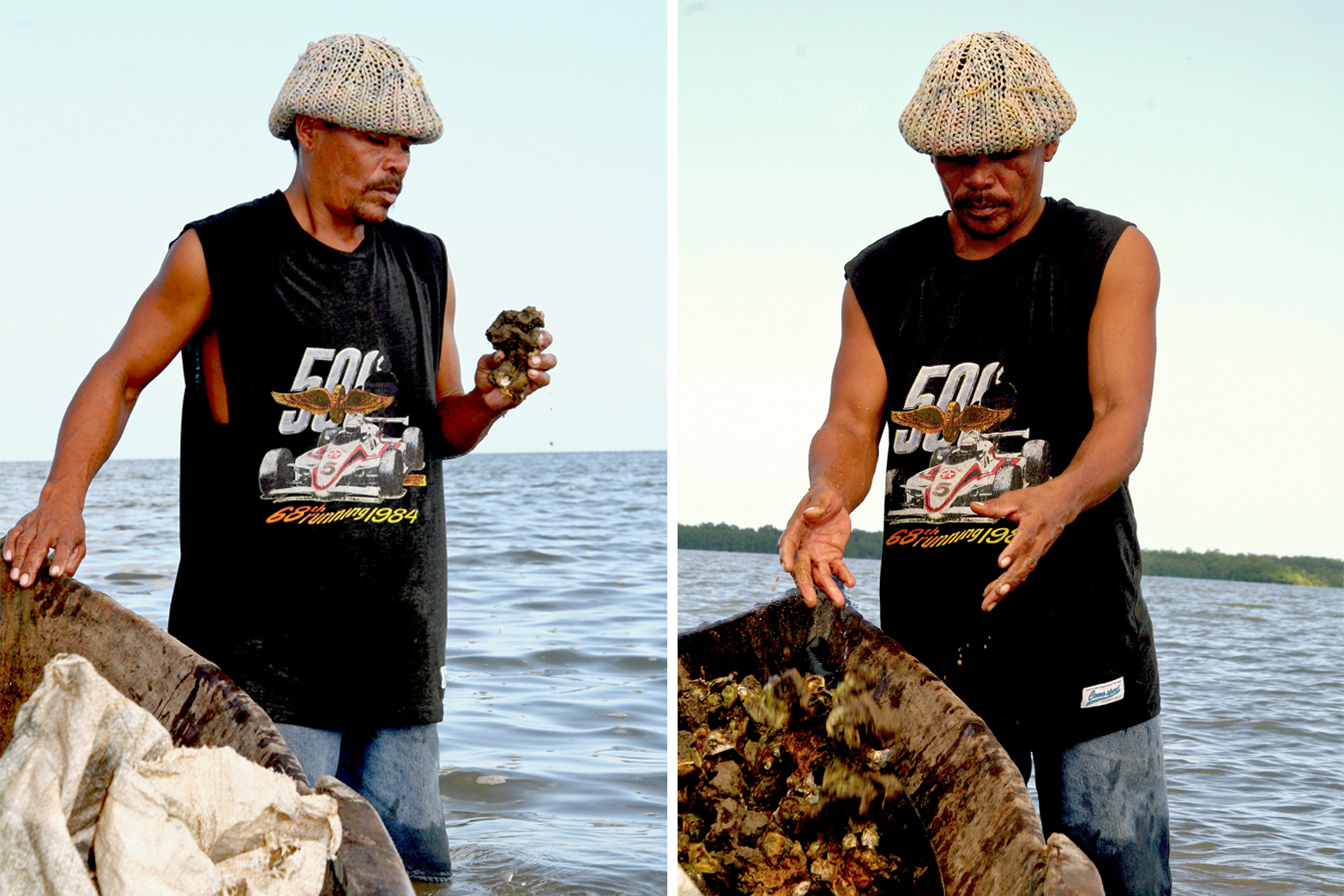 Vicki Basman lived like a local when she visited the Pearl Lagoon basin on the Atlantic coast of Nicaragua. Her new cookbook Pearls From The Lagoon highlights traditional recipes and tells the stories of the people who taught them to her.

One of her most memorable afternoons was spent in a canoe with Mr. Orlando fishing for oysters. They paddled for well over an hour to a small island in the lagoon where he collected handful upon handful of oysters.

"Every now and then, he would get his machete and open one and slide one down, like we might eat persimmons we pick from the tree," says Basman.

When they returned, Mr. Orlando and his wife went right to work opening up the oysters and collecting ingredients for a soup. Like every cook in Pearl Lagoon, they didn't rely on a fixed recipe. Instead, they improvised the soup depending on what ingredients they had on hand.

For instance, Mr. Orlando had planned to include potatoes, but his wife returned from the store with bananas instead because there were no potatoes in stock. "The recipe was altered right then," says Basman. "This is truly the Pearl Lagoon way of doing things!"

We encourage you to follow your inspiration when making this dish!