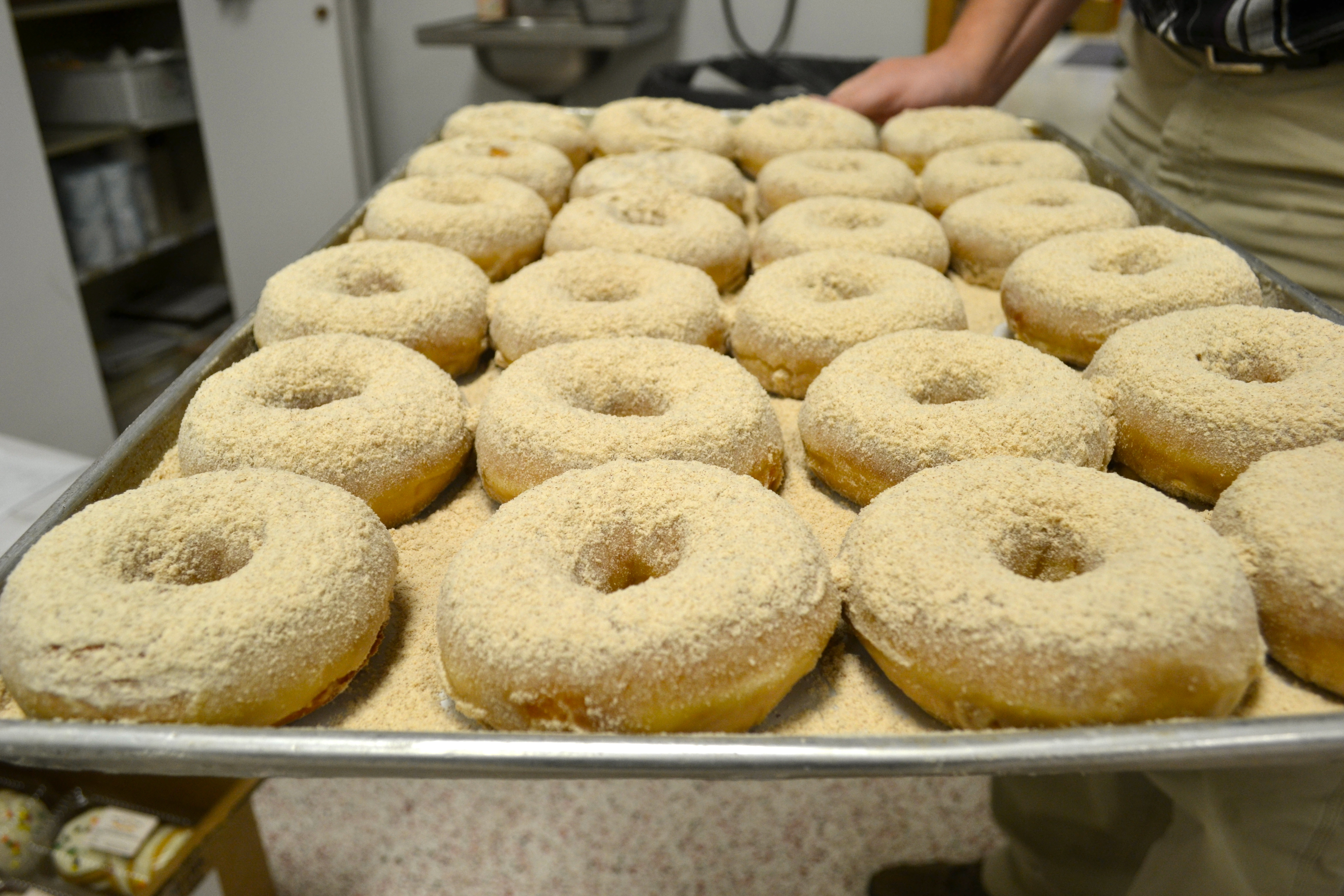 Orvin and Viola Bontrager started selling homemade donuts from their porch in 2001. This small family occupation is now a full-fledged business.

Rise'n Roll Bakery and Deli has been local institution in northern-eastern Indiana since the original location opened in Middleburg, Indiana five years ago.

What makes people travel near and far to this particular bakery? The donuts of course! And not just any donut -- the cinnamon caramel donut is Orvin's creation and it's one of their best selling items. As a local, I can say it is definitely a favorite product in the community. (I recommend washing it down with a complementary cup of coffee!)

"People favor the donut because it melts in their mouths," says marketing manager Justin Stoltzfus.

The donuts don't contain any preservatives, which means they don't stay fresh for long. "The donuts have two to three days of shelf life. If the donuts do not sell in that time, they go to local rescue missions to avoid throwing them away," says Stoltzfus.

Rise n' Roll starts baking at 12:30 in the morning. Four hours later, the products are on their way to local franchises, all of which are within 70 miles of the main location. The bakery has two additional stores in Indiana and they serve their goods at four farmers' markets in the Chicago area.

Each of the locations share an important thing in common -- the Bontrager's family recipes.