A Reason To Hope For Spooked Sprout Fans 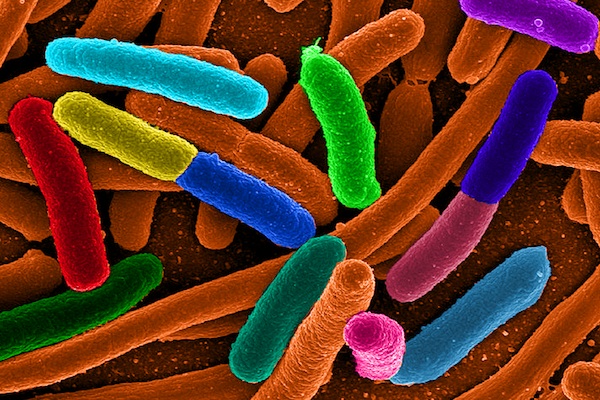 Fear Of The Unknown

For those who love sprouts but aren't too keen on contracting E. coli, a cheap and convenient way to assay food safety would be most welcome.

While it'll probably be awhile before average consumers can field-test their Jimmy John's order and know for sure it isn't going to make them sick, an invention just announced by researchers at UCLA marks an important step in the right direction.

What It Is And How It Works

Their "florescent imaging and sensing platform" is something straight from Q's lab or Batman's utility belt.

Put simply, what the scientists have come up with is a lightweight and inexpensive piece of equipment that allows E. coli to be reliably detected with a smart phone camera.

The hardware -- an attachment that slips over top of a mobile device -- uses antibodies and special nanoparticles called "quantum dots" to label pieces of the bacteria.

Ultra-violet LEDs then cause the dots to emit visible light, which is captured by the camera and translated into a positive or negative result by a program installed on the phone.

It's like having your own pocket-sized royal food taster.

In theory, detection need not be limited to E. coli. Substituting in other types of antibodies should enable the gizmo to test food and water for other dangerous bugs such asÂ Salmonella and Listeria as well.

Also, because so much of the world now has access to cell phone technology, the benefits of this innovation coming to market will be enjoyed globally.