Lessons From A Young Chef (And His Mother) 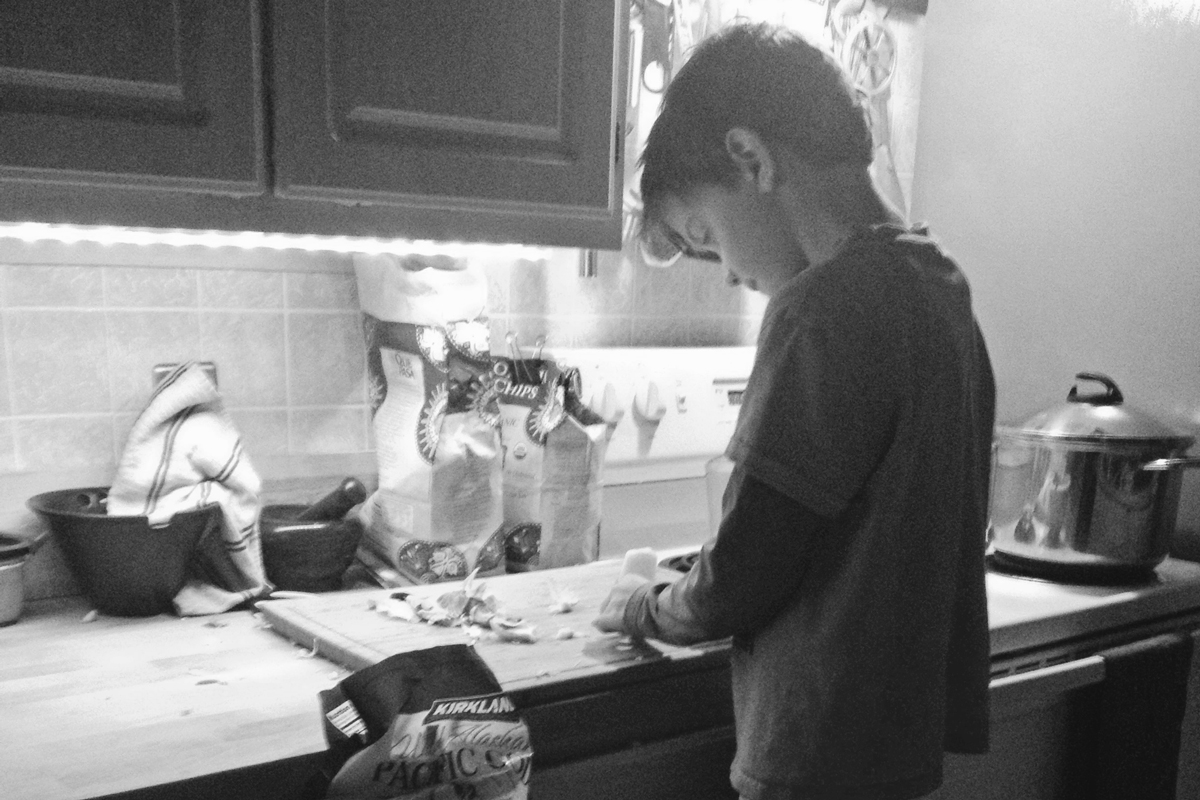 The first question I always ask guests who come into the Earth Eats studios is, What did you have for lunch? It helps set the levels on the microphone. Few people have been as excited about that question as 7-year-old Forest Radford-Vincent. "Peppers and some seaweed and some Doritos. I also had some carrots and that’s pretty much it," he said.

Forrest's mother Staci Radford-Vincent is the program and outreach manager at Wonderlab. They spoke with me last summer as part of the "Kids In The Kitchen" program. In addition to parents learning nutrition information, the kids get the opportunity to make food themselves, "Because the more the kids are involved with their healthy eating, the more likely they are to do it," she said.

Forest was a presenter at one of the "Kids In The Kitchen" events. He demonstrated how to make Avocado Banana Pudding. Since his recipe calls for one slice of avocado and one slice of banana cut into pieces, he started his presentation with knife safety ("Keep your fingers away from the knife, move them as you cut").

Then for the fun part -- mashing the ingredients together in a plastic bag.

Sometimes you can’t control what your kids are going to eat. They have to make their own choices. It’s even that much more important to make sure they’re getting those nutrients at home.

Staci and her husband got Forest involved in cooking as soon as he could stand on a stool -- when he was 2 years old.

"We let him measure things with a spoon or stir something, and then we progressively have moved up to more advanced things," like mincing and slicing foods. Forrest has also been learning his fractions through his work in the kitchen.

They’ve made butter and cheese at home. With a little prodding, he can recite a basic homemade cheese recipe -- milk, plain yogurt and vinegar. "And then we pretty much cook it, let cool and it’s done. You can eat it," he said.

Forrest enjoys eating healthy foods now, but Staci knows he sometimes chooses a donut over an apple -- and that’s okay. She hopes that these food values will stay with him when he eventually leaves the house.

"Sometimes you can’t control what your kids are going to eat. They have to make their own choices," she said. "It’s even that much more important to make sure they’re getting those nutrients at home."