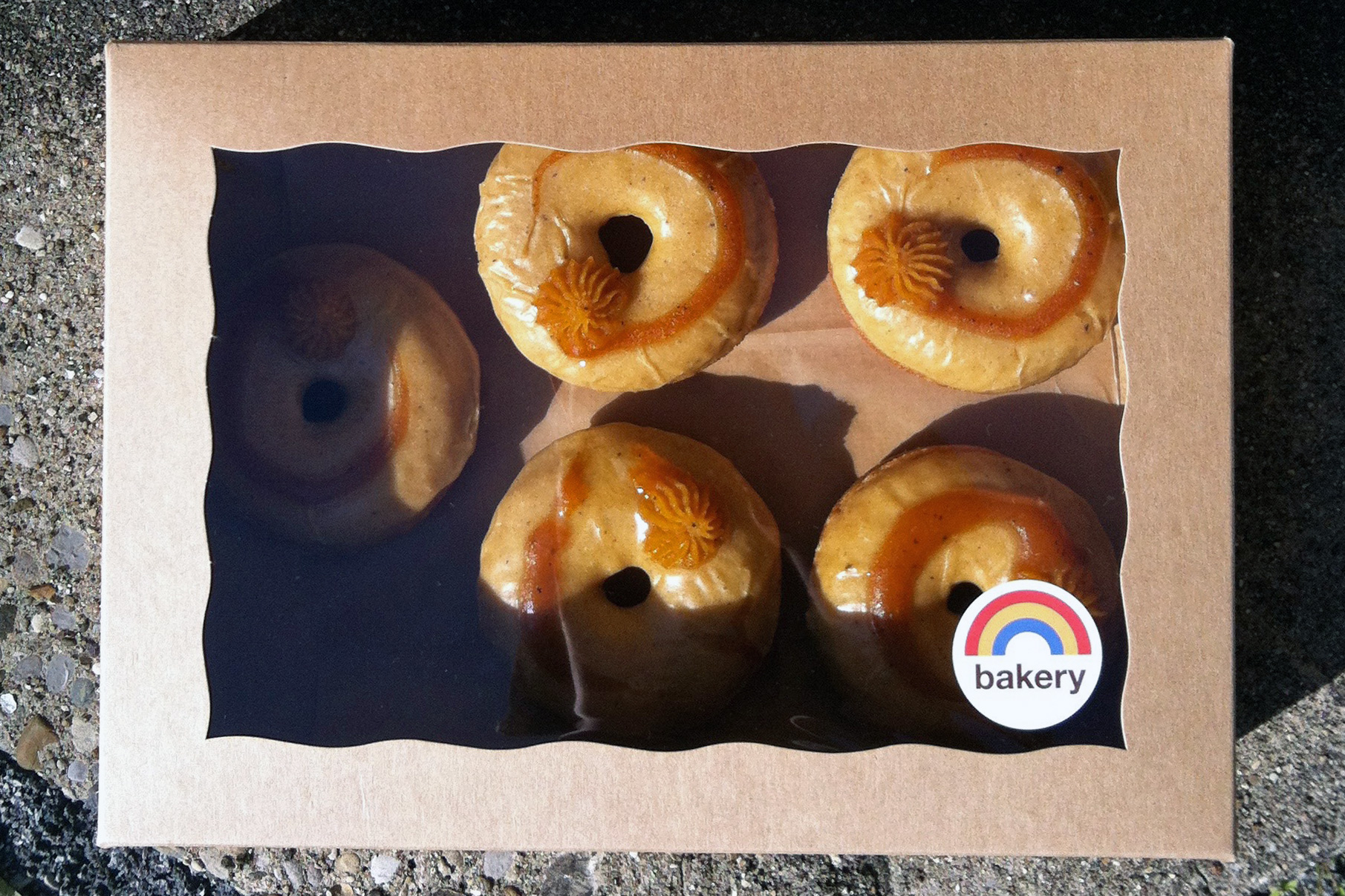 Lisa Dorazewski was an adult when she tried her first persimmon. (She grew up in Ohio where paw paws were more the thing.) One bite, and she was hooked on the sweet, earthy, complex flavor.

"I honestly feel like a Greek goddess when I eat them a little bit, like I should be wearing a little crown," she says.

She's one of the owner/operators of Rainbow Bakery, an all-vegan shop that makes donuts, cupcakes and lots of other baked goodies.

This morning, she's collecting ingredients for her first attempt this season at their Peppered Persimmon Glaze. She developed this recipe last year and it wasn't easy working with persimmon pulp.

"I thought, ‘Oh, this will be great. I'll just reduce it and it'll be an excellent glaze.' But basically it seized up like chocolate, where it thickens like crazy without putting anything thickening agent in it."

If the straight pulp was too goopy to put on donuts, she would have to combine it with a hefty amount of organic powdered sugar, as she does with other glaze recipes. "There's no way around it, we have to use the sugar," she says. "If I don't add powdered sugar to the recipe, the glaze won't grab onto the donut in a way that would be pleasurable to eat."

To cut the two very sweet flavors, she added some black pepper and coriander.

Dorazewski dips one of their cake donuts into the glaze. The donuts are made with almond milk, sugar, oil, flour and a dash of nutmeg. She allows the glaze to set before adding more persimmon-flavored flare.

In the piping bag is some reduced persimmon pulp -- that same stuff that was too thick for the glaze. She combined one-half cup of that with one tablespoon coconut oil. Heated it; stirred it; cooked it until it thickens to the consistency of pumpkin. The result is a dark orange goo that gets deposited as a starburst on top of the donuts.

One final dash of straight persimmon pulp wrapping around half of the donut, and this autumnal treat to ready to eat.