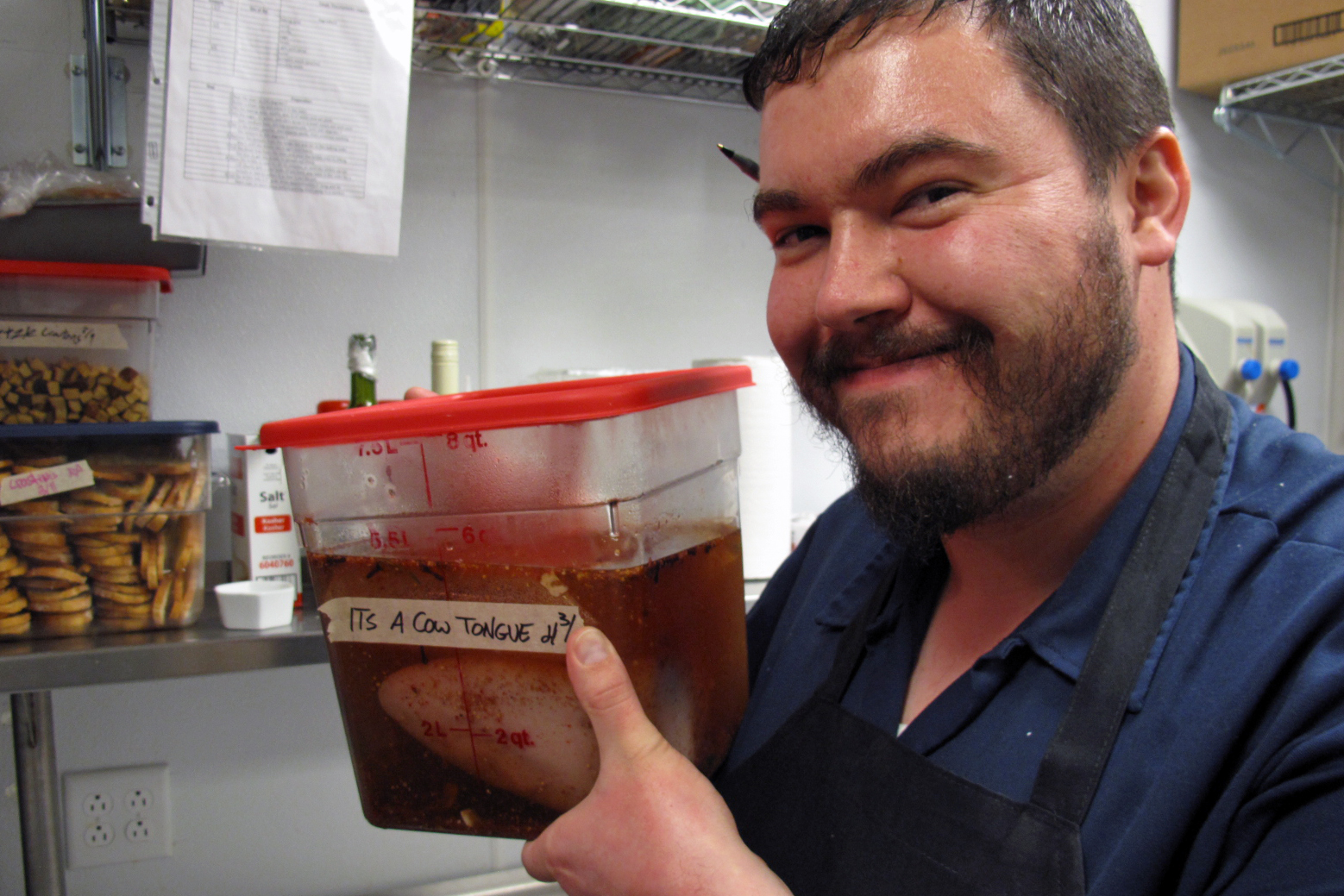 Lots of cultures throughout history have corned beef as a way to preserve it, but in North America, we most associate it with Irish-American food traditions -- and specifically, for St. Patrick's Day.

It's usually made with brisket or beef round, but hey, why do it the traditional way when you can mix things up?

That's what Executive Chef and General Manager at No Coast Reserve Seth Elgar is thinking.

"We have a fresh, local cow tongue in corning spice," he says. He will transform it into a corned beef tongue and cabbage terrine for a unique St. Patrick's Day special.

He soaked them in saltwater for a couple hours before submerging them in the brine. The tongues will be in the brine for five days, at which point Elgar will then cook them in a fresh batch of brine before making this terrine:

With this particular preparation, we're taking our terrine mold and lining it with blanched savory cabbage leaves and filling it with a smoked turkey aspic. Aspic is a homemade stock that has been set with gelatin to be thicker so it holds together. We'll float in purple potatoes, a little bit of onions, some herbs and then put the finished corned beef (tongue) through the center.

Is he worried his guests will be turned off by tongue? Not at all, as Elgar has received good feedback for his homemade head cheese.

That, and the preparation process infuses plenty of flavor into the meat. The pickling brine is made up of peppercorns, mustard seed, clove, allspice berries, bay leaves, garlic and some ginger. "These very strong flavors will help overcome some of the strong associations people have with a muscle cut like tongue," he says.

No Coast Reserve is a raw bar, specializing in fresh seafood, cheeses and charcuterie. Elgar says he has his restaurant's carbon footprint in mind when he uses organ meats in his dishes.

"I believe from a sustainability standpoint you have to be willing to use the whole animal and we set out to set that example," he says.