How To Make A Faux Cheddar In One Hour 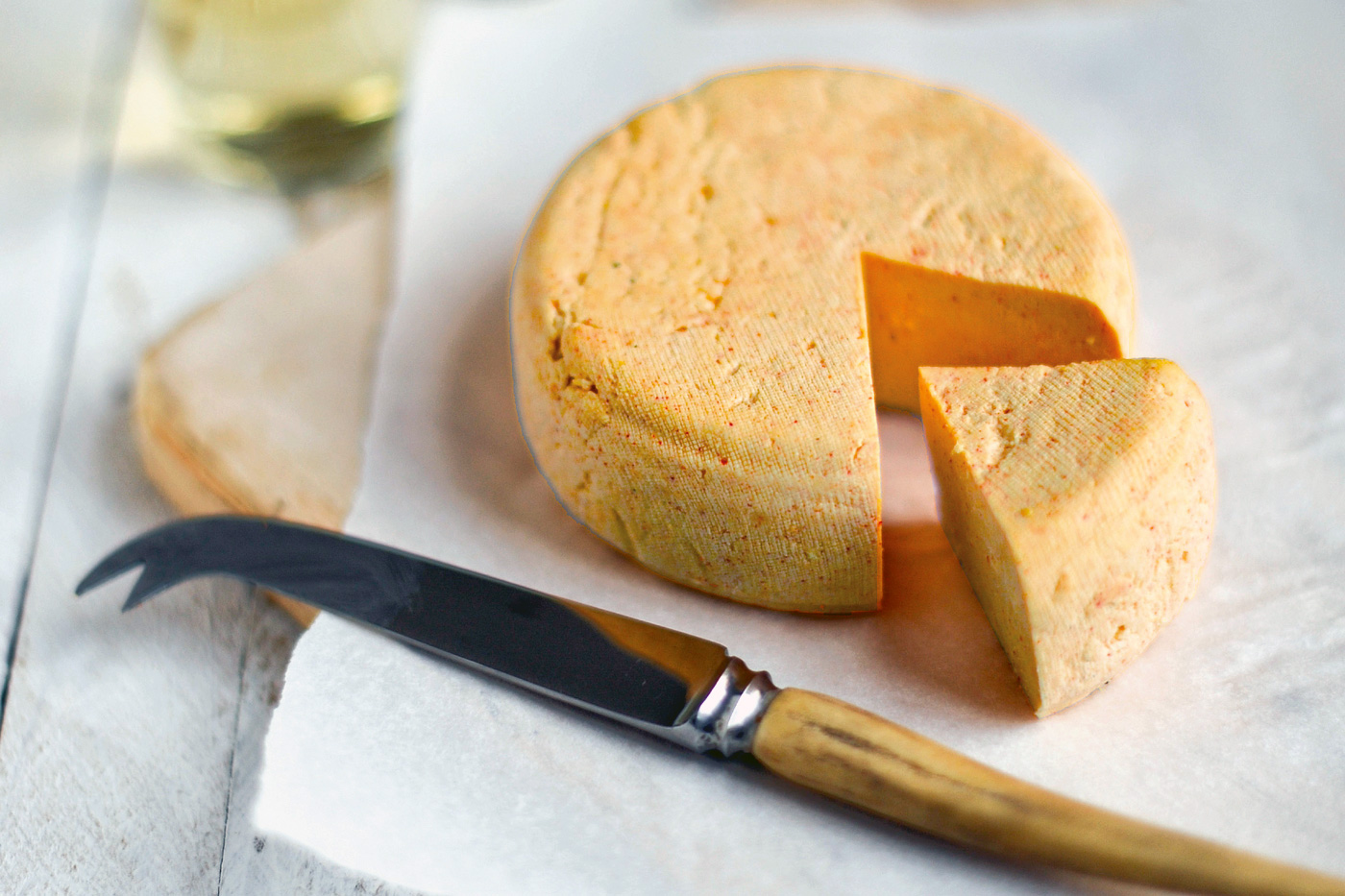 Claudia Lucero has a special power: she can make cheese in one hour. Mozzarella, ricotta, paneer, goat cheese, queso blanco and more.

Those are simple cheeses that are relatively easy to make, says Lucero, who runs Urban Cheesecraft in Portland, Ore. To do it, she says, you just need practice, not superpowers.

Lucero has mastered many quick cheeses, but cheddar wasn't a natural candidate for a one-hour method, she explains. Cheddar ages "anywhere from two months to 10 years to make it sharp," she says. "I don't have that kind of time - I've got one hour!"

Even so, Lucero, author of One Hour Cheese, wanted to try it. She set out to create a firm, savory cheese with a golden hue - a sliceable cheese with a bit of a tart aftertaste, she says.

She separated the curds and whey, added turmeric and paprika for color, and dramatically condensed the cheddaring process - which normally involves pressing and stacking the curds again and again.

"I press it into my wheel mold, and it's looking amazing. I let it cool for a bit, pop it out, and it's gorgeous. I really think I did it, and I'm a total genius," Lucero laughs.

"But then I go to slice it, and it feels a little squeaky," she says. "But that's OK. I keep going and I try to melt it - and it's not melting."

But all was not lost. The cheese kept its shape, but it also became "golden and crusty on the outside," Lucero says. "It turns into almost, like, its own grilled cheese sandwich."

Most importantly, she says, it's delicious. "It was a keeper ... I decided to call it smoky cheater, because it's nice and savory and smoky with that smoked salt and paprika."

But don't be fooled, cheaters. It's a delectable creation, she says, "but it's definitely not cheddar."

Recipes reprinted with permission from One Hour Cheese: Ricotta, Mozzarella, Chevre, Paneer - Even Burrata. Fresh and Simple Cheeses You Can Make in an Hour or Less! Copyright 2014 by Claudia Lucera, published by Workman Publishing.


Recipes reprinted with permission from One Hour Cheese: Ricotta, Mozzarella, Chevre, Paneer - Even Burrata. Fresh and Simple Cheeses You Can Make in an Hour or Less! Copyright 2014 by Claudia Lucera, published by Workman Publishing.