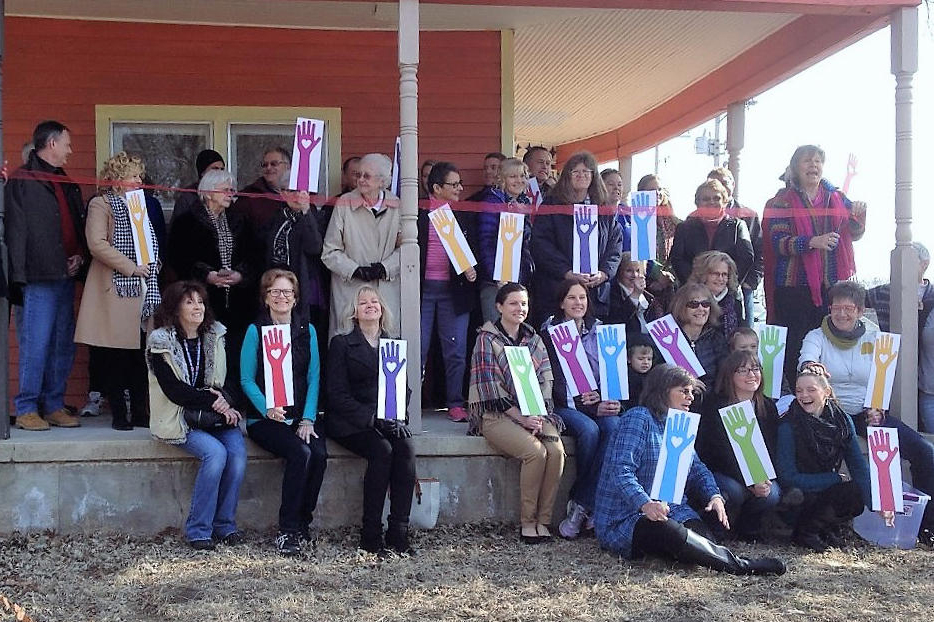 The social and health effects of isolation on some rural Kansas residents spurred three Catholic nuns to convert a storefront in Concordia, Kansas into a drop-in center where women can find support and resources.

Seven years after the center opened, two dozen women on average come through each day in the town of about 5,000 to socialize, do laundry, get a cooking lesson, or simply connect with others.

Sister Pat McLennon, who helped launchÂ Neighbor to Neighbor in ConcordiaÂ and still serves as its co-director, says the center started as a place for women in the community to teach skills to young mothers in poverty while providing enrichment activities like reading and music to their kids. But it quickly drew women of all ages, including some helping as volunteers and others fulfilling mandated community service.

McLennon says Neighbor to Neighbor serves as a complement to social service agencies that provide utilities or food assistance. The women who visit the center have come to look out for each other, sharing tips about job opportunities or just checking in.

"It's just the neighborly way that people can help one another," McLennon says.

Sister Loretta Jasper, a nun from the same order who works as a mental health counselor in nearby Abilene, Kansas, says some adults have difficulty coping with small-town life.

That got Jasper wondering if Neighbor to Neighbor could be replicated inÂ Abilene, a town of 6,600 about 75 miles southeast ofÂ Concordia. Beyond their size, the towns share other similarities including poverty level and average income.

Some of the women Jasper counsels have had children taken into state custody and are working to be reunited with them. Many are under orders to complete substance abuse or mental health counseling.

But mandated treatment programs can be restrictive.

"There are goals that need to be accomplished in order for the person to continue," says Jasper. Job responsibilities, childcare conflicts or lack of transportation can get in the way. "And if they can't do it, then they're automatically removed from continued services."

Jasper says sometimes what the women really need is to have access to support in a casual setting. The new drop-in center in Abilene, that Jasper is now heading, offers parenting classes and 12-step programs without any required commitments.

Patti O'Malley, who has been working with Jasper to bring Neighbor to Neighbor to Abilene, knows the value of such programs from personal experience. A stockbroker in town, she says she started drinking too much wine after the market crashed in 2008. She went through rehab herself. Then her teenaged son, who was also struggling with addiction, died in a car crash.

"When I lost my son, I felt like I had a choice," O'Malley says."It was roll up in a ball and give up, or do something with all that love that I had for my son."

O'Malley chose the second option, and founded the Cedar House, a residential facility for women recovering from addiction. Sister Loretta Jasper chairs the board of the Cedar House Foundation, which is also providing funding for Neighbor to Neighbor.

Among the women at the sober house, O'Malley says one idea seems to resonate.

"The same word kept coming out asÂ theÂ word, and the word was â€˜community.'"

That feeling of connection with each other, she says, helps the women stay sober.

The need for connection is human nature, according to Carrie Henning-Smith, a rural health researcher at the University of Minnesota.

"So, finding ourselves in situations where there are not opportunities to meaningfully engage with other people is not how we've evolved to live," says Henning-Smith.

"It can be as harmful to your health as smoking cigarettes, as being severely obese," she says.

The danger goes beyond being a risk factor for chronic illnesses.

Suicide rates are higher in rural areas than in urban settings, due at least in part to isolation and loneliness. In fact, according to the most recentÂ data from the CDC, the rate of suicide in counties with fewer than 50,000 residents - like Dickinson and Cloud counties, home to Concordia and Abilene respectively - was nearly double the rate in counties with more than a million people.

"We do see, on the suicide part of it over the last several years, an increase in dealing with people that have concerns and problems," says Mohn.

Neighbor to Neighbor in AbileneÂ is already offering a daily free lunch and knitting classes, and Sister Loretta is teaching a seminar on self-management of chronic pain.

O'Malley sees the need for a place to connect and get support even among her financial consulting clients.

"Connecting people with each other, connecting people in community, presents opportunities for friends, for neighbors, to say, â€˜Hey, have you been to the doctor? Are you keeping up with your medications?'" says Henning-Smith. "It can impact mortality risks in ways we can hardly even begin to understand."

This story was produced by the Kansas News Service, a collaboration covering health, education, and politics across the state.