Farmers, Chefs Collaborate To Get Local Food In Restaurants 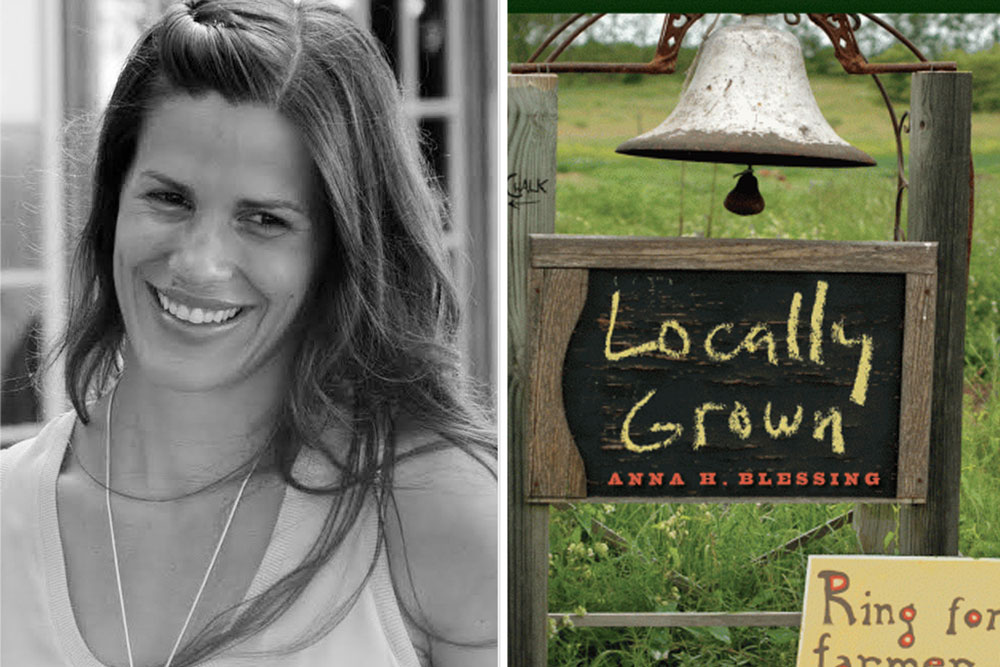 Freelance writer and photographer Anna Blessing has always been a regular shopper at farmers markets, but for her new book, she wanted to go beyond the business transaction by telling the stories of the small, artisanal producers from whom she bought her food.

After a little research, she found out she wasn't the only one.

"I started talking to chefs in Chicago, and those chefs wouldn't stop talking about those farmers because they got so excited about them and they wanted to tell their stories," she says. "I realized this is a very contagious subject."

Her new book Locally Grown: Portraits of Artisanal Farms celebrates the relationships these Chicago chefs have with the area farmers that provide their food.

Sourcing ingredients locally requires a lot of juggling. Blessing says a chef might work with as many as 40 or 50 farmers in a year.

Then there are some chefs who want to get their hands dirty. Many of them visit the farms with their kitchen crew and staff to see firsthand where the food comes from -- they sometimes even pitch in with chores around the farm.

"The ones who are really committed to it want to know their farmers and they want to have these relationships with them," she says.

You Scratch My Back, I'll Scratch Yours

Farmers and chefs develop relationships in any number of ways.

Some farms have personal connections with restaurants, like Tracey Vowell of Three Sisters Garden. A former employee at Rick Bayless's Frontera Grill, she recognized the restaurant's need for local black beans and corn meal. So she decided her farm would fill that hole in the market.

Other farms try to forge relationships by offering something unique.

Take Peter Klein of Seedling Fruit. He grew pears in bottles for Chef Carrie Nahabedian of the restaurant Naha so that she could make her own pear liqueurs.

"Maybe they only have 160 acres, but they're willing to try things for chefs that maybe they can't get elsewhere," says Blessing.

Some collaborations end up having a deep impact on the success of the farmer's business.

Blessing tells the story of Gunthorp Farms in LeGrange, Indiana. In 1998, Greg Gunthorp was selling his pigs for less than what his grandfather had sold his pigs for during the Depression. He was faced with a decision – transition his farm to an industrial operation or find a way to be financially successful by raising his animals humanely.

As luck would have it, he spoke with a farmer friend who mentioned that he would no longer be selling pigs to a chef in Chicago. He suggested Gunthorp give him a call. That ended up being Charlie Trotter. "It launched his whole ability to become a farmer the way he is now, really built his business around chefs in Chicago," says Blessing.

Like plenty of other farmers, Gunthorp changed his business practices to meet the needs of chefs in Chicago. He had been trying to sell his pigs to Rick Bayless of Frontera Grill, but Bayless was loyal to his current pig farmer. Representatives from Frontera finally told Gunthorp that they needed chickens, so he added chickens to his farm. "And now he has this enormous pastured chicken operation where he raises a hundred thousand chickens a year."

It's through cooperation between farmers and restaurateurs that so much local food makes its way into Chicago restaurants.

Blessing says for the farmers, it's about more than just making money.

"They realize that there's not going to be one farmer who can provide everything for every chef," she says. "It's like they all want to support each other."