240sweet Gets Creative With Artisan Marshmallows 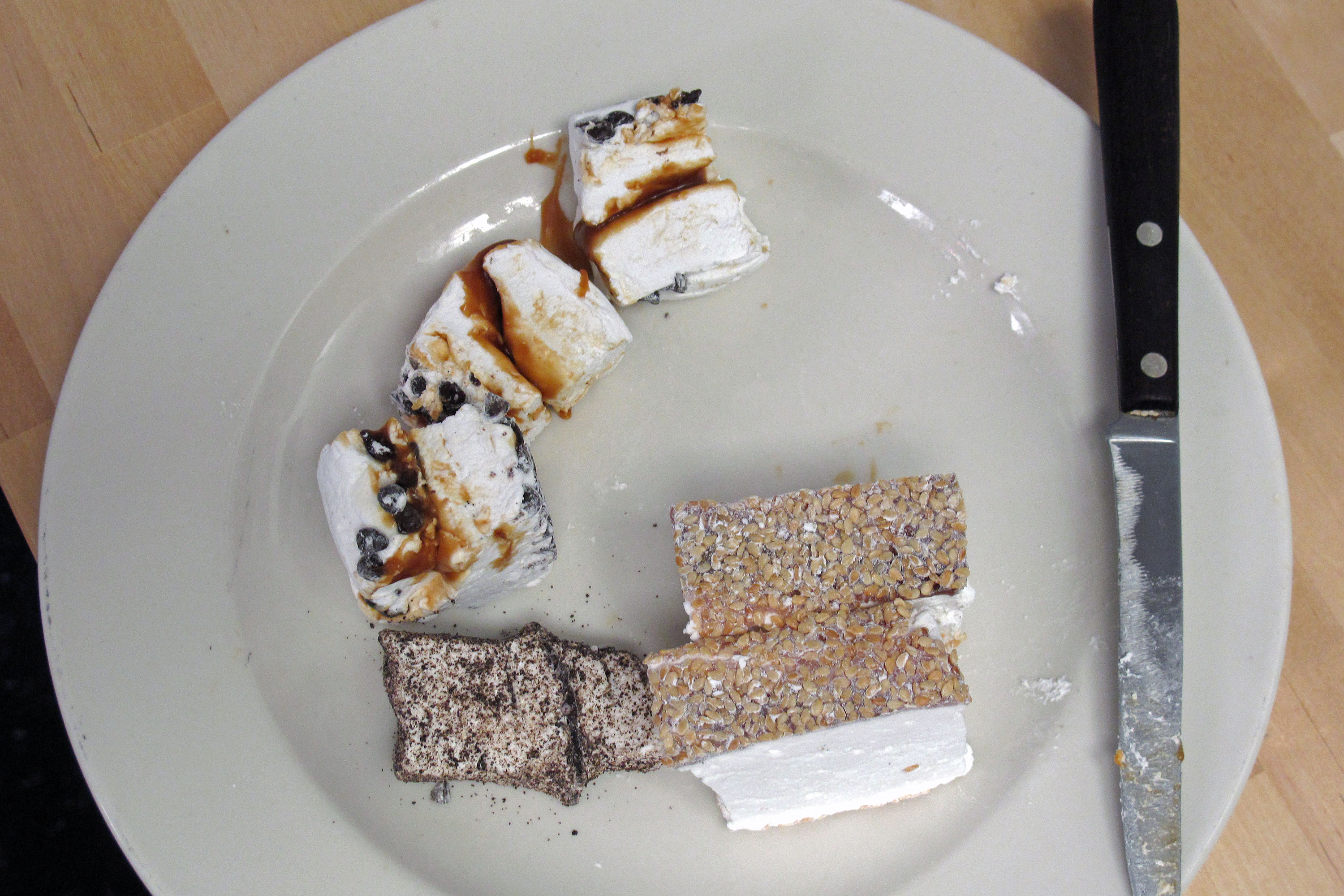 Innovation Is So Sweet

Chef Alexa Lemley and Samantha Aulick of 240sweet in Columbus, Indiana started making marshmallows in 2008 as a way of advertising their catering business. Eventually, there was as much demand for the marshmallows as there was for the catering, so they bought a high-powered mixer, hired friends and family to help around the kitchen and found themselves breaking new ground in the world of confections.

Their marshmallows have some pretty famous fans, includingÂ Oprah Winfrey, who listed buying 240sweet's marshmallows as a New Year's Resolution for 2012.

But in the beginning, they had a hard time getting foodies to buy into what they were doing.Â Aulick explains that she would routinely get turned down when she applied to sell at farmers markets because it was assumed they were simply taking mass-produced marshmallows and rolling them in toppings.

"When we first started making marshmallows, it was really an abstract concept to people," says Aulick. "We were all used to seeing the Jet-Puffed ones."

They have over 150 different flavors in their repertoire, including some off-the-wall varieties:

One of the flavors offered to their Marshmallow Of The Month Club for January was the Caramel Chocolate Chip. It's made with Maldon sea salt and Lemley's handmade caramel with heavy whipping cream. Lemley recommends slightly toasting the marshmallow as a way of tasting more of the flavor elements.

Toasting is the way to go for theÂ LemonadeÂ flavor as well. It's covered with powdered sugar and corn starch, so the marshmallow brÃ»lÃ©es. "I like that crunch combined with the melty inside," says Aulick, who says this is her absolute favorite flavor.

Both raised in southern Indiana, they pride themselves on using local and organic ingredients, like Michigan beet sugar and Indiana corn starch. Their dedication to using real food grown close to home does increase the price of their products, but Aulick says it's worth it: