At Home In The World: A Salute To Artists Without Borders

Artists from around the world visit Bloomington every September for the Lotus Festival; others who keep a home base in Indiana create work that travels widely. 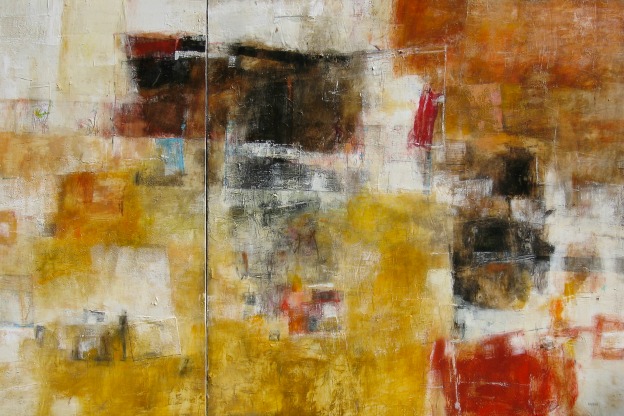 On the occasion of the Lotus World Music and Arts Festival, September 15th through the 18th in Bloomington, we salute artists who are citizens of the world.

“We are the same. That’s the most important message to us. And that’s what feminism is about.”

Painter Tamar Kander lives in Brown County now, but has previously called London, Johannesberg, and New York home. Her non-representational paintings are shown around the world, but are not necessarily of the world.

“For me, personally, my art is a refuge, and it doesn’t matter where I live, it’s not going to reflect the turmoil of the world.”

Her latest canvases are on view September 9th through the 30th, 2016 at the Gruen Galleries in Chicago.

And the British folk duo Josienne Clarke and Ben Walker share their excitement about performing at the Lotus Festival, with Aubrey Seader.

“So you go out for ice cream, you’ve got 46 different flavors—that’s just not a reality here. It’s really, like, exciting on a fundamental level.”

–Josienne Clarke, of the duo Josienne and Ben

Clarke is from Sussex, and Walker, from an area of England known as the “midlands.” They met while they were both studying music in London, and have been writing music together ever since. The duo, recently signed to the Rough Trade record label, has elicited comparisons to 60s folk-rockers Fairport Convention, and likes to think of themselves as the “Anglo version” of Americana artists Gillian Welch and David Rawlings.

The all-woman trio Fémina brings rap folk fusion and social consciousness from rural Argentina to Bloomington for the Lotus Festival.

Through The Woods To A Refuge Of The Mind

Memories of childhood journeys in the South African Highveld underlie impressions of urban alleys and a moonlit lake in Tamar Kander's abstract paintings.

The first US tour of UK folk duo Josienne Clarke and Ben Walker includes a date at the Lotus Festival. In anticipation, they discuss music and ice cream.