Tuning In And Turning On To Nature Sounds 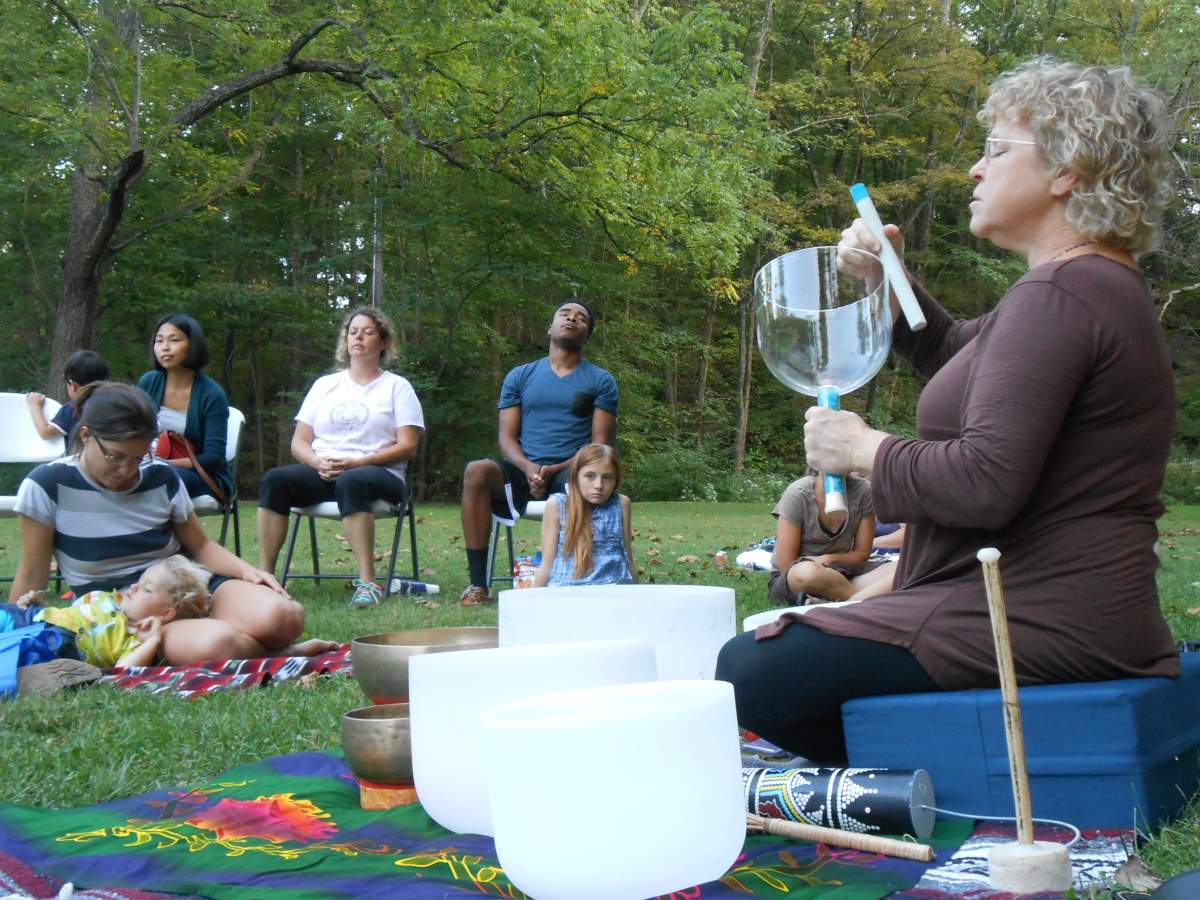 "At any time it is estimated that there are some ten quintillion insects," City of Bloomington Outdoor Education Specialist Anna Rossler informs the group gathered in Bloomington's Lower Cascades Park.Â 'What's quintillion? That doesn't even make sense, so I thought, we're going to draw this out," she continues, taking out pen and paper.Â "Quintillion-that's nineteen zeros, so I can't even fit it on [this sheet]!"

"We've all heard crickets," concedes Greg Jacobs, Community Events Coordinator for Bloomington Parks and Rec, "but I'm not sure that everyone has the experience of going out amongst more crickets than human beings and experiencing them that way."

Jacobs arranges the live music shows in the parks all summer long.Â "I do a lot of blues, rock, bluegrass concerts amplified out in larger parks to larger audiences," he explains, "and I wanted to give Bloomington a different kind of experience with music."

The inspiration came to him one day at a local lake-

"A bagpipe player was playing out on one of the decks just as you start out onto the hiking trail, and the sound filling the valley made me think, I think we could do something with this!"

You're invited to turn off that analytical side of yourself and just exist with those sounds and hear them, maybe for the first time!

Which is what has led us to this leafy glade at dusk, where a multigenerational group is assembled in chairs and blankets on a patch of grass next to the woods. Rossler is offering a lot of facts and figures about insects.Â But tonight's environmental education is more than just a lecture on the grass.

"You're invited really to turn off that analytical side of yourself," Jacobs explains, "and really just exist with those sounds and hear them, maybe for the first time!"

That invitation is being issued by a musician Jacobs selected to perform in this outdoor setting. The last of the city's four Nature Sounds concerts this season features Janiece Jaffe, who's best known locally as a jazz singer. But Jaffe's musicianship also manifests itself in a different way. Every Tuesday night, Jaffe hosts a meditation session in her home, in which she provides vocal accompaniment to sounds she generates with a set of crystal bowls, chimes, and various percussive instruments.

"What this experience does is allow people to meditate,"Jaffe explains, "and get as fully as they allow into their right brains in order to experience relief from the stress of our left brain's chattering."

"This is a transcendental experience," participant Sean Blankenship shares, "where my mind just kind of gets quiet and then I'm able to go on what I call a sound journey led by Janiece's singing and her bowls"

"For me," Jaffe adds, "it kind of gets me out of the way so that I can then listen to the music of the spheresthis now time, this place, this earth underneath us and the sky above usyou know, here."

The light is fading in the lush, verdant setting where Jaffe has brought her bowls on this cool September evening. Over the course of the program, the chorus of insects has swelled.

"You've affected the crickets," one participant comments. "Yeah they got louder," another agrees. Whether or not the insects responded to the bowls, the concert seems to have heightened our awareness of them.

"We hear crickets all around us," Jacobs muses, "but have we ever really tuned out everything else that's going on in our life and just focused on the sounds we're hearing?"

Bloomington Parks and Rec is scheduling Four Nature Sounds concerts for 2016, in April, May, September, and October.