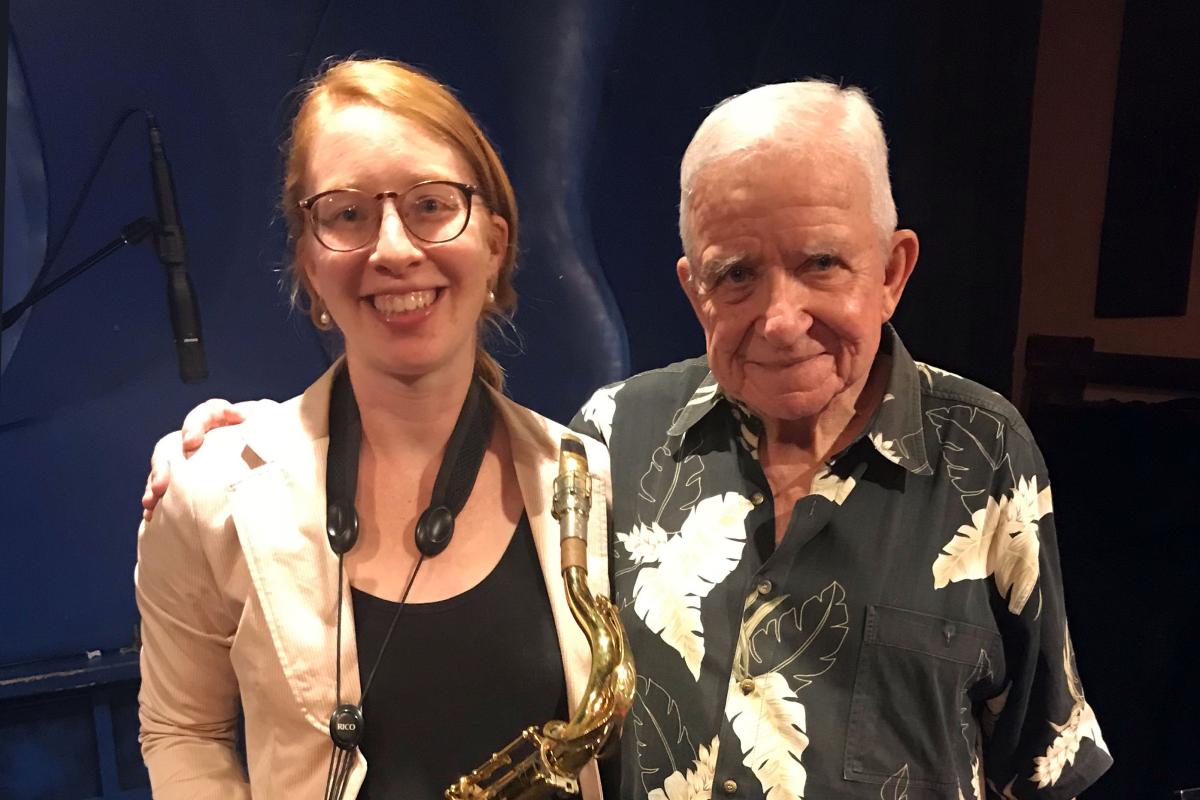 The experience of getting knocked down and getting back up is a part of human survival. The Nobel Prize winning Irish playwright Samuel Beckett, author of “Waiting for Godot,” said it this way: “Fail. Fail Again. Fail Better. ” Winston Churchill, who led England in its darkest hour, put it in these words: “Never give in, never, never, never, never – in nothing great or small, large or petty, never give in, except to convictions of honor and good sense.” And, the same sentiment expressed by the great blues singer Bessie Smith, who said, “I picked up my bag, baby, and I tried it again.”

Sophie Faught and Dan Wakefield have shared on stage – in story and song – what it was like to start out as a musician and as a writer in their own distinct eras, and what it was like to experience their first “big break.” This time, the Uncle Dan and Sophie Jam features stories of their own setbacks – and how they “got back up” – with words and music.

Sophie and Dan are joined by guest vocalist Everett Greene, bass-baritone singer, actor, narrator, and voiceover talent. His singing roots started in a gospel quartet, and he fell in love with jazz when he moved to Indianapolis more than 50 years ago. He has performed with stars including jazz greats Wes Montgomery and David Baker, was inducted into the Indiana Jazz Hall of Fame, and recently won Butler University’s inaugural “jazz legend” award.