The Coronation of Poppea

If you want to attend Claudio Monteverdi’s L’incoronazone di Poppea, The Coronation of Poppea in IU’s Auer Hall and you don’t have a ticket for Friday or Saturday’s performance. It’s sold out and you’ll have to view it on zoom.

“Monteverdi is considered to be the father of modern opera. He depicts human emotions in a realistic setting. And this is the first opera to derive its plot from a historical subject—the Roman emperor Nero and his mistress Poppea, who had a penchant for power and achieved her goal to be crowned the empress.”

I had a chance to talk with Savanna Lily Webber. With the absence of counter-tenors, she’s playing the male Nerone. The long-haired Savanna is a very engaging as you will see from this interview. She’ll have her hair tied up and she’ll be wearing a wig for the show.

“This is my final role after seven years in Bloomington,” says Savanna. “Earlier I had three roles on the MAC stage and this is the only one where I play a male. I’ve been watching males in coffee shops and on the stage and I’m a mezzo. I saw that the males seem to balance on the backs of their feet and as I watched them, they shift about. It’s really not the way women do it.  So, I think, at least for the moment, that I’ve got the moves down.”

“Our director, Kevin Murphy is working from one of the two harpsichords. There are actually two recorders, strings and the organ. The other Nerone, who you’ll see on Friday is actually a soprano, so she’ll be doing some high note moves. Candace Evans is our director. She’s been a guest director for the IU Opera many times. And she knows the students-singers pretty well.  She’s familiar with the MAC stage and the adjustment for Auer Hall was a bit of a stretch.”

“Right away Candace Evans outlined the historical aspects of the story. She told we two Nerone’s that we’ll be doing some pretty gymnastic snuggling with our Poppeas. It’s got to be seen to be believed and  at the same time we’re both singing.

“Our set designer is Mark F. Smith. He’s worked on more than 100 IU Jacobs Opera and Ballet Theatre productions. We were thoroughly unprepared for how he’s got the Auer Hall stage set. It’s magnificent. Mark actually brought in a couple of the wall paintings from the period and it’s got to be seen to be believed.  Opera is actually a combined spectacle for both the ears and the eyes.”

If you want to attend Claudio Monteverdi’s L’incoronazione di Poppea, The Coronation of Poppea in IU’s Auer Hall and you don’t have a ticket for Friday or Saturday’s performance. It’s sold out and you’ll have to view it on zoom. 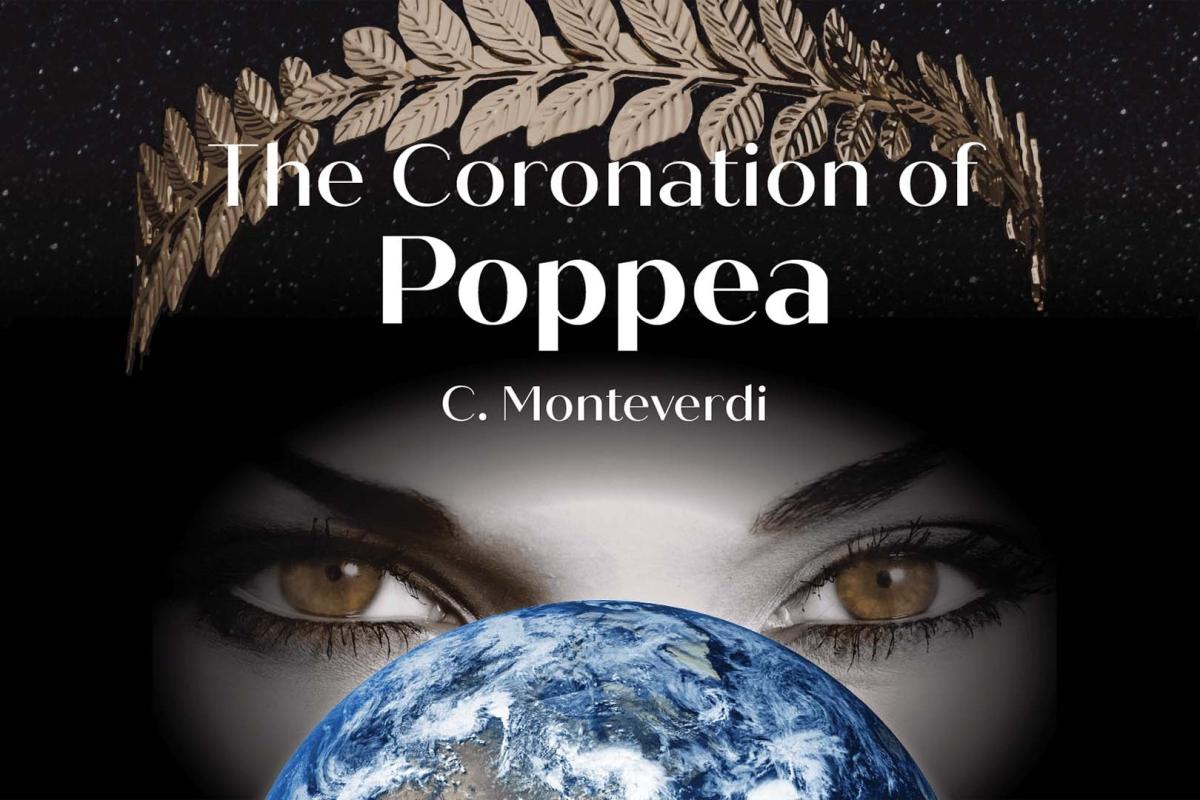