The Taming Of The Shrew At IU: Review 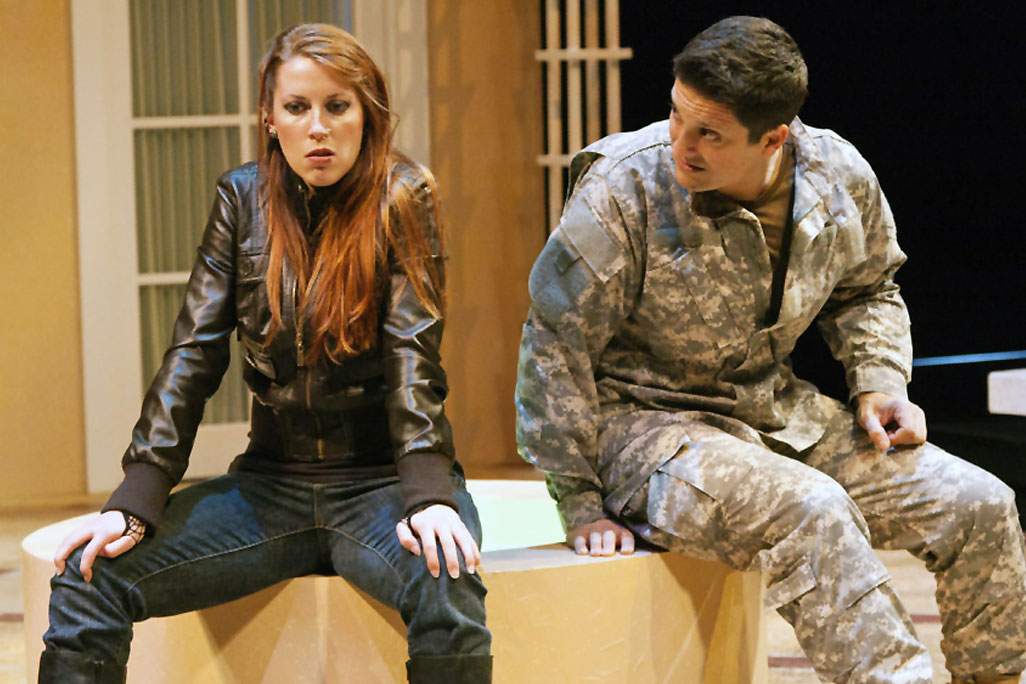 The Indiana Festival Theatre production of The Taming of the Shrew is really good.

From the first view of designer Tim Barbiaux's lush, yet tasteful contemporary upscale earth toned Miami home and courtyard to the subtly firm final gesture of Molly Casey as the Shrew with the now deferent Adam Noble as Petruchio, We're offered the richness of Shakespeare's characters with their language along with direction and a cast to take advantage of both.

Molly Casey as the Shrew is clearly first an outsized spirit at war with her female body and culture and later more comfortable in her skin, but clearly still with an outsized intellect and generous sensitivity. Andrea Mellos as her supposedly sweet sister Bianca is interestingly a bit more rambunctious and less saccharine than the text may suggest. Nancy Lipschultz as their mother has the kind of commanding presence that anchors and supports her scenes.

Bianca's suitors are a fascinatingly varied trio. Rob Johansen is delightful as the golf playing old duffer Gremio. Ben Abbott, especially with his put on whiskers and French accent, is great fun as the surfer dude suitor. The contemporary Florida setting allows Timothy Pyles to wax eloquently and even testify a bit with a broadly silly southern accent. Ken Farrell, playing a tourist roped into playing the father of one of the suitors was a late addition and a very comical and welcome one.

Adam Noble is indeed noble as Petruchio, a scarred war vet who's come to "… wive it wealthily…" His energized, but often thoughtful wooing for The Taming of the Shrew follows a fascinating alternation with some actions edging toward abuse and tsome with clear concern.  Nicole Bruce as his servant was a magnet for double and even triple comic takes on the action.

The Indiana Festival Theatre's production, directed by Jonathan Michaelsen is a very funny and energetic one. It brings out the comedy through the richness of the characters and at the same time keeps the story very much in focus. And as I said at the beginning, it's really good.