A Rigorous Devotion To Beauty 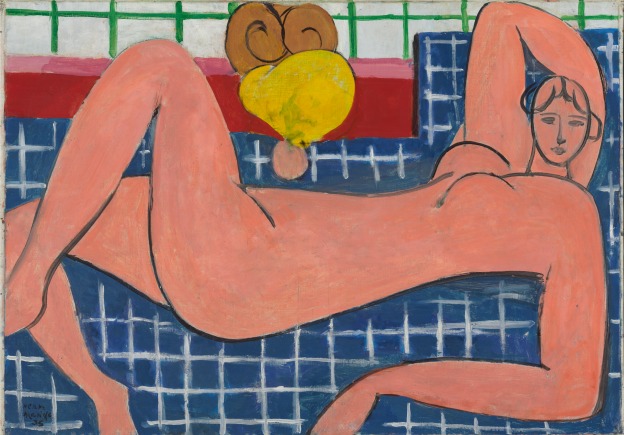 According to Andy Warhol, "nothing is more bourgeois than to be afraid to look bourgeois". Applying that definition ex post facto to Henri Matisse, the French master comes out smelling like a rose. Of his own admission, Matisse was all about the comfort zone

"Matisse famously said that painting is supposed to be a comfort to bring ease to any worker," explains curator Rebecca J. Long, "like a good armchair."

Long is the organizing curator of Matisse, Life in Color at the Indianapolis Museum of Art (click here to take a complete tour of the show with Long). The exhibition of more than 100 works by Matisse from the Baltimore Museum of Art includes plenty of well-appointed domestic scenes. The Matisses from Baltimore were almost entirely collected by two sisters-Etta and Claribel Cone-between 1903 and 1947.

When you look at some of these paintings they seem to be graceful and effortless and cheerful and brightâ€¦and easy! But for him, it wasn't the case.

"It's possible that the sisters felt comfortable with Matisse," speculates Long, the IMA's Associate Curator of European Painting and Sculpture before 1800, "because he looks more like a kindly attorney than a radical bohemian artist like Picasso in the Bateau Lavoir with all of his mistresses."

In contrast, Matisse "was a bit of a loner, he liked routine," admits Long, "he was eating his tuna and hard boiled eggs at night, working with his models from the space of his home studio."

This domestic persona did not serve Matisse well, at first. By the time of his passing in 1954, the art historian Bernard Berenson wrote "that in the neck-and-neck race with Picasso for the highest place in the art of the last fifty years Matisse ended by coming in second." But maybe the Picasso/Matisse dialectic is a false one.

"Someone said the other day that they were like frenemies!" laughs Long.

Closely acquainted within the Parisian art scene, Picasso and Matisse were always looking at and borrowing from each other's work. And Matisse's work was not necessarily born of sweetness and light

"When you look at some of these paintings they seem to be graceful and effortless and cheerful and brightâ€¦and easy!" concedes Long. "But for him, it wasn't the case."

How can somebody concentrate on the female form for sixty years and not get bored? Because he had this tremendous creative energy and a constant sense of striving for something more, something newâ€¦and reinventing what he was doing, in the same investigation.

Take for example, Matisse's painting Large Reclining Nude. The 1935 canvas of an octopus-like pink nude on a blue and white grid is one of the most easily recognized in the Cone Collection. But easily is not the way the painting came together. Matisse had a photographer document the painting at successive stages over the course of months. Those black-and-whites are displayed next to the painting in the exhibition in Indianapolis.Â The photos chart a progression from "a fairly representational female form" in the well-realized three-dimensional space of hisÂ studio to a composition of highly abstracted, flattened forms.Â Still-life elements become unrecognizable, and the model's face, mask-like. Patterns are liberated from the surfaces they describe, and push the negative space into dialogue with the figure.

"In the end,"Long concludes, "it's very very far from where he started out."

A painter who revised his work so relentlesslyâ€“and documented the processwas clearly apprehensive about lingering in his creative comfort zone. As was an artist who worked simultaneously in drawing, lithography, painting, and sculpture, and, eventually, collage-all of which are on view at the IMA. The exhibition's organization by motif-landscape, interior, nude-rather than chronology or medium furthers the sense of the hard work that went into achieving his vision.

"How can somebody concentrate on the female form for sixty years and not get bored?" Long inquires.Â "Because he had this tremendous creative energy and a constant sense of striving for something more, something newâ€¦and reinventing what he was doing, in the same investigation, over sixty years."

Take an audio tour of the show with curator Rebecca J. Long here.