Painting At The Core, Across Decades And Continents 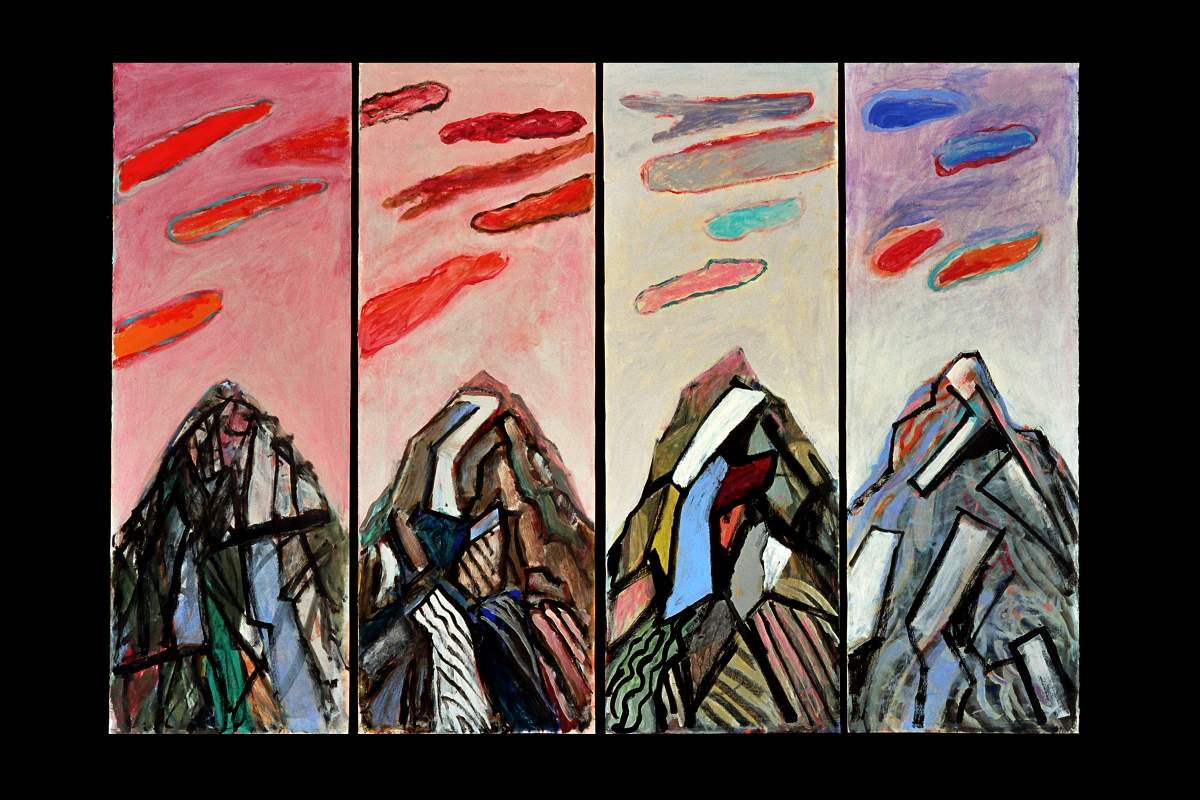 "In my native language and in English there's one [phrase], 'I am,' and it has the same value, no matter what. In Spanish, there are two [verbs], there's 'soy' which is 'I am" and 'estoy,' which is 'I am temporarily,' meaning, 'I'm hungry, I'm in Brazil, I'm about to cross the street.' But 'soy' is what you are from the moment you're born to the moment you presumably die. Â It means that I may have been a refugee but that was another temporary thing. Like, 'I'm hungry, I'm walking on tiptoe whatever.'...But for instance if you look at my paintings you'll notice that they're never either signed or dated. Because they are all 'soy.' I am that painting."

Born in Vienna in 1926, Annemarie Mahler-Ettinger came to the US at age 13, and became a citizen at 21. With an M.A. in art history and a Ph.D. in comparative literature, Mahler-Ettinger has been a painter most of her life. Â For the last six decades, she has called Bloomington, Indiana home.

Mahler-Ettinger'sÂ paintings areÂ on view at the Blueline Gallery in Bloomington through July 29. Shown at film festivals around the country, Hildegard Elisabeth Keller's documentary about herÂ life-Whatever Comes Next-will be shown Friday July 29th at the Waldron Art Center, as part of the Middle Coast Film Festival.

Listen to a conversation with the painter, above.