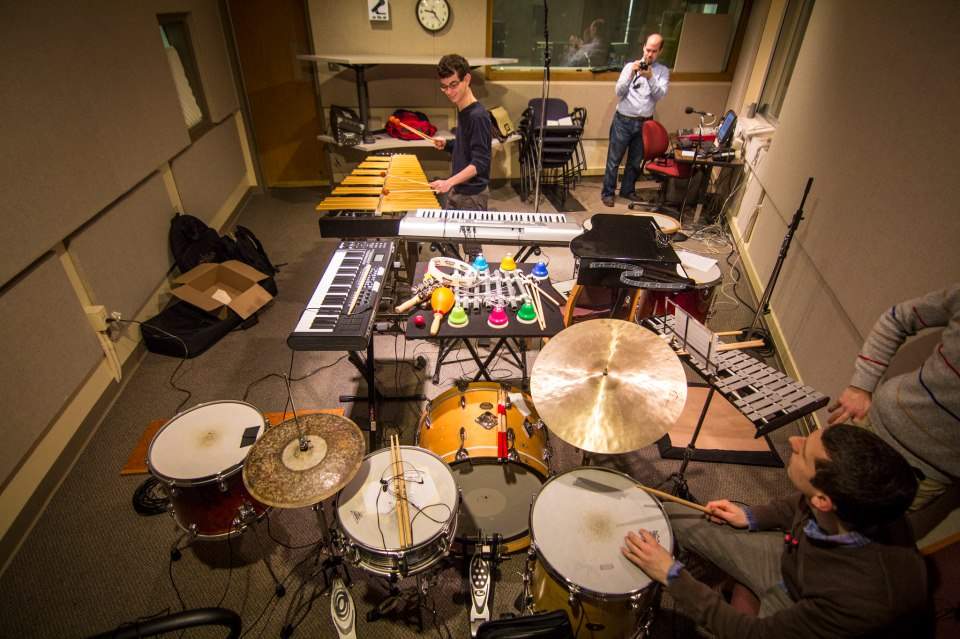 The idea of the modern percussion quartet is still in flux, so for the members of Bloomington-based Square Peg Round Hole, it's no wonder they haven't come down firmly on the side of popular music or classical.  This week on Horizons in Music we're highlighting the music of Square Peg Round Hole (Evan Chapman, Bobby Conselatore, Sean M. Gill, and Carlos Pacheco), and we'll hear several of their original compositions as recorded live in the WFIU studios.