By Annie Corrigan and Heidi Siberz 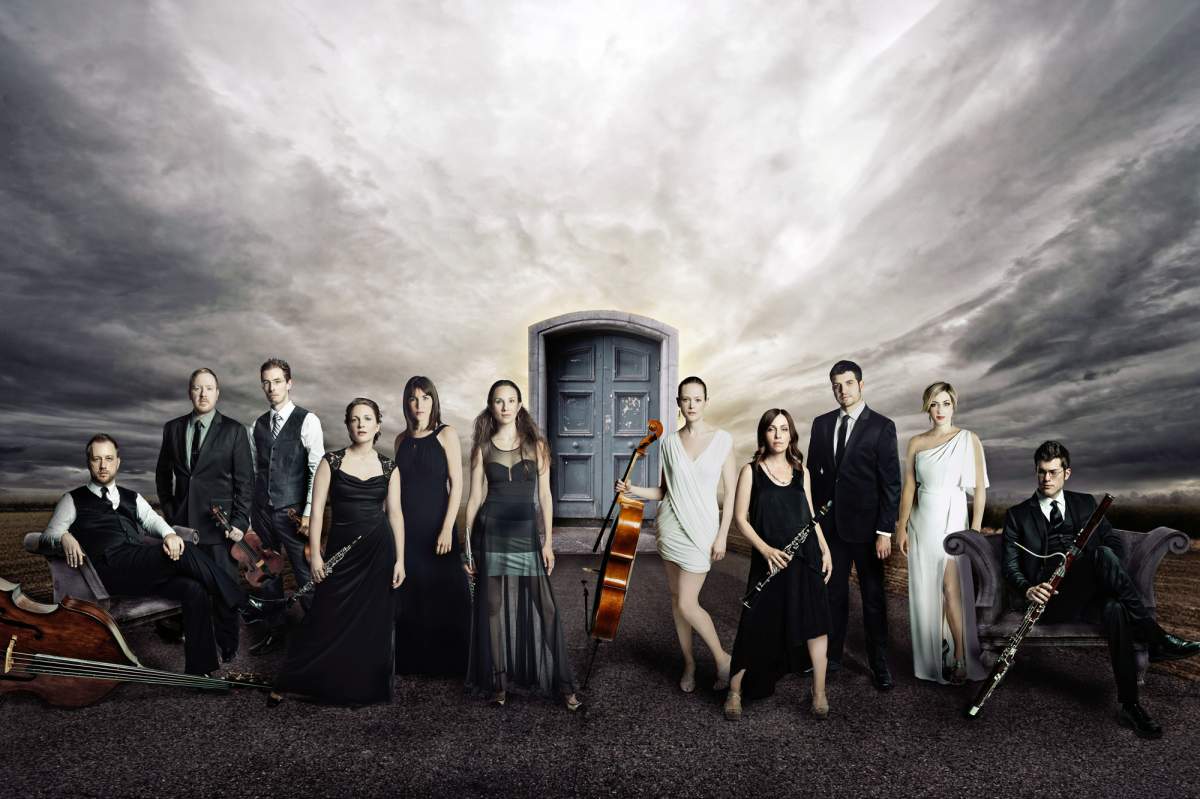 When Eric Snoza was studying double bass at the Eastman School of Music, he had big dreams for his career. He thought music could be a catalyst for social change.

He connected with a group of musicians in 2006 who also wanted to change the world one string quartet at a time they are the Chicago-based Fifth House Ensemble.

First order of business for the group was to expand the reach of classical music by collaborating with poets, dancers and illustrators. Then, they wanted to grow their audience.

"We loved the aspect of being able to take music out into the community and play it for people that wouldn't normally get to hear it," said Snoza. "And we discovered very early on that it's not that people don't like classical music, it's just that they don't know about it yet." They've performed in stores, schools and on farms, connecting with new audience members.

Mark McCoy, dean of the school of music at Depauw University, says what strikes him the most about the Fifth House Ensemble is their fearlessness.

"I think they're very interested in developing audiences and they're unafraid of what they may take on. So, what I've asked them to do here at Depauw is crazy and unusual and they've run at it with arms open and have done great work in that way."

McCoy invited Fifth House to spend a year in residency at Depauw University. His goal was to get conversations going between the university and the Putnam County community.

The musicians set out to meet people and record their stories. The interviews would play an integral part in a concert at the end of the residency called Harvest. McCoy was especially interested in bringing in voices from the agricultural community, so one of the musicians' first gigs was on the back of a hay wagon at the local farmers market.

He was keenly aware that bridging the divide between the community and the university was what would make or break this project.

"The town and gown relationship in any university in America is always challenged, because you're trying to make a collegiate enterprise happen in a community that to some extent is going to embrace that and some extent is not going to understand it."

The town and gown relationship in any university in America is always challenged, because you're trying to make a collegiate enterprise happen in a community that to some extent is going to embrace that and some extent is not going to understand it.

Tell Us Your Stories

Fifth House musicians recognized they were coming into this project as outsiders, so they asked a lot questions and then they listened.

"We had cards with us, where people were able to write down what they thought the most beautiful place in Putnam County was," said Anna Duncan, Program Director of Fifth House. "We used that as a conversation starter... and also to get their stories about living in Putnam County."

She says they discovered that students, educators, business owners and farmers all had similar interests and concerns they just didn't know it.

Farmer Ron Sutherlin, for instance, told them he would love to host concerts by Depauw music students on his farm. Snoza said Fifth House members then went to campus to speak to students. "We asked them what some of their concerns were, and they say, ‘Well, we're here playing our instruments but we just got no where to play. We would like to get out in the community and play, but we just don't have an opportunity.' To which I thought to myself, ‘Have you guys talked? If you've spoken to each other, you want the exact same thing.'"

When it came to the music for Harvest, all the selections they programmed had elements of folk music including works by Aaron Copland, contemporary composers Stacy Garrop and Steve Snowden, and Fifth House's resident composer Dan Visconti.

They also tapped into the local music scene.

"Greencastle is pretty vibrant when it comes to the musical scene, there's a lot of different things going on," said Mike Van Rensselaer, member of the local band Fret Set. Fifth House arranged his tune Putnam County to include some of their musicians.

"I used play just with banjo and guitar. It's pretty simple, bouncy, joyful kind of tune. But now with the Fret Set, plus the Fifth House people... it's almost like an orchestra!"

This particular portion of the concert is especially representative of the sorts of connections the Fifth House residency was trying to cultivate. Fret Set and members of Fifth House will perform together as Van Rensselaer quotes from the poem What Grows Here, written by DePauw professor Joe Heithaus. That text is painted on a barn a couple miles outside of town. The end of the poem describes why people come to Putnam County and why they stay a theme also found in Van Rensselaer's song.

The concert will conclude with a performance of Aaron Copland's Tenderland, utilizing the combined forces of the Depauw orchestra and choir and local church and school choirs.

We never had any doubt that classical music was going anywhere. It's going to be around for a long time.

"Everyone will be onstage together with Fifth House and the rest of the orchestra and it will be a way for us to go out kind-of showing what the power of a community really can bring," said Duncan.

The Putnam County community has rallied around the Depauw music program. McCoy says they've doubled the size of their audiences over the past few years. That's a testament to the expanding town-and-gown relationship, which he hopes to continue to cultivate by welcoming Fifth House for another year-long residency.

Duncan says trying to affect change through music in a big city like Chicago can be discouraging. That's one of the benefits of setting up shop in a smaller community.

Bassist Eric Snoza called this the most fulfilling experience of his professional life, and he's ready to continue the conversation.

"We never had any doubt that classical music was going anywhere. It's going to be around for a long time."