For Designer Erich Biehle, Fashion Is "There For A Reason" 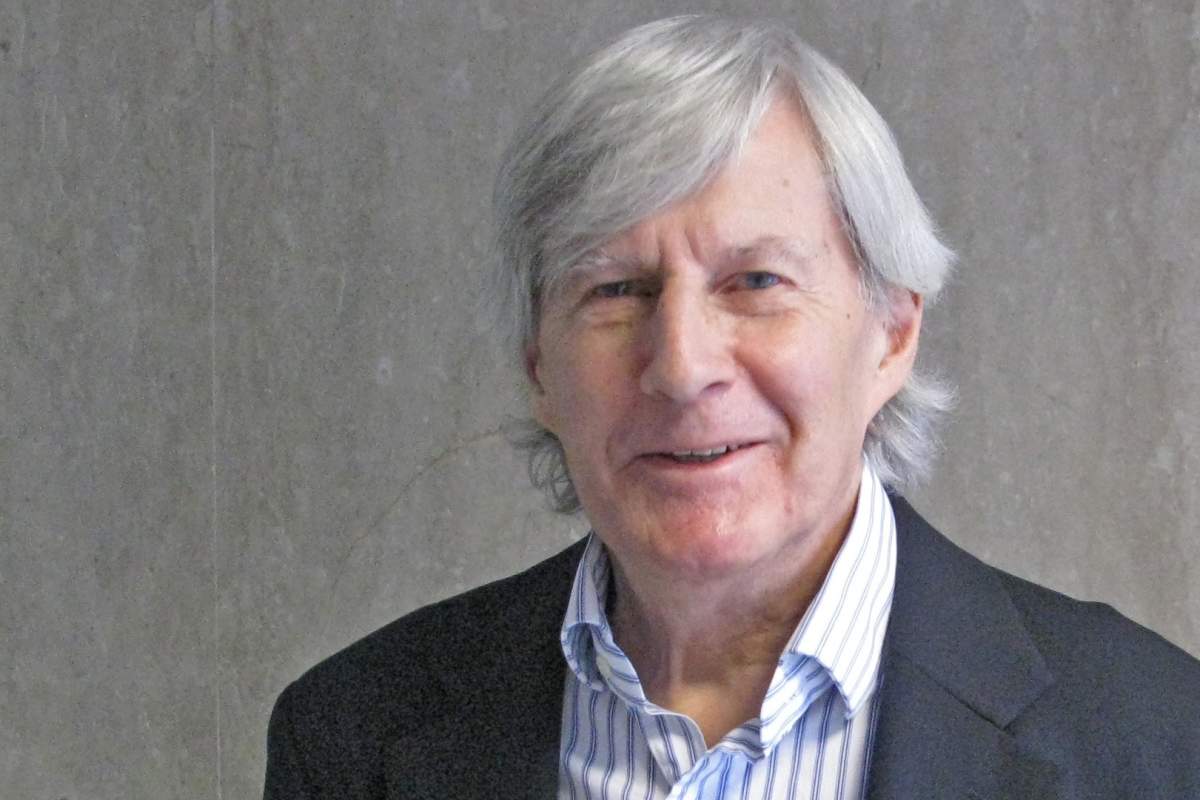 James Gray spoke with Erich Biehle during his visit to Indiana University on February 20, 2014. Biehle was brought to IU as a part of the Bill Blass Fashion Design Seminar Series.

Erich Biehle has been a designer for over 50 years, and has held almost every role from cutting fabric and painting designs to serving as the creative director of an international fashion company.Â While employed by the Zurich-based silk company Abraham, Biehle designed fabrics for labels from Balenciaga, Dior, and Pierre Cardin to Yves Saint Laurent, and Ungaro, before going on to directorial roles for Givenchy and Bally International.

Biehle began his career studying with painter Johannes Itten at the Zurich University of the Arts. You may recognize Itten's name from his book Form and Design or The Elements of Color.

Biehle recalls his training as " a very intense process in designing. It was practically two days almost nonstop, working with him in a workshop atmosphere. And this taught you a lot of other things: how to act, even how to breathe, how to think. Put things in question, analyze, be critical, build up something from nothing."

It's not aristocracy anymore, it's more about ordinary people. That's why fashion is so fascinating and interesting, because it reflects something that is happening, that will happen or has happened. It's there for a reason.

When Biehle began his professional career in textiles, he used his paint kit to produce patterns that range from the apparently simple to the complex.

Biehle describes one pattern he created. To the casual observer, it appeared to be a simple plaid, but Biehle says it had just the right size lines and just the right gradient of each color, and it took time to figure out these details.

The designer credits an eye for detail with his ability to design. "I was a good observer. That's something that I learned. That's what I meant with how to see. To see in little thingsunimportant thingssomething beautiful, something positive, something that you can use and can make something out of it."

Biehle's observational skills have allowed him to design in a way that captures something special about each era, a knack he attributes to his training with Itten in Zurich.

"[He] taught you a lot of other things: how to act, even how to breathe, how to think. Put things in question, analyze, be critical, build up something from nothing," recalls Biehle,

Other pieces were perhaps bolder statements: his designs for striped pants that appear to be colored by pastels or watercolors, for example. It was the training he had as a painter that allowed for him to be able to capture these moments.

In those days, Biehle said, designers did it all. They could sew. They could design. They could complete the whole process. At his lecture in IU's student union, he encouraged students do the same by experimenting with collaging effects. Use pencils, he said. He encouraged the students to not rely on their computer too heavily because one of the most important parts of design happens internally. This is the internal processing of the world, he explained.

Having observed fashion in context for over five decades, BiehleÂ recognizes how apparel has jibed with social values.Â Â "You know," says Biehle, "you had kind of a breaking point in fashion that happened with Dior. This was ending the period after the Second World War. It was a new look. It had to do with women in society in the future. The women that became active, they were working, they became part of the business world. Yves Saint Laurent- pantsuit, Pier Cardin- taking from couture to ready-to-wear, make it affordable. The distribution: the boutiques, then in department stores. It's reality. That's how life, how society changed. It was not aristocracy anymore or dictating, it was more about the people, about ordinary people. That's why fashion is so fascinating and interesting, because it reflects something that is happening, that will happen or has happened. It's there for a reason."

Erich Biehle's new book is called Patterns. It is scheduled for release later this year.