Duo Sonidos: A Pairing By Chance, A Mission By Design 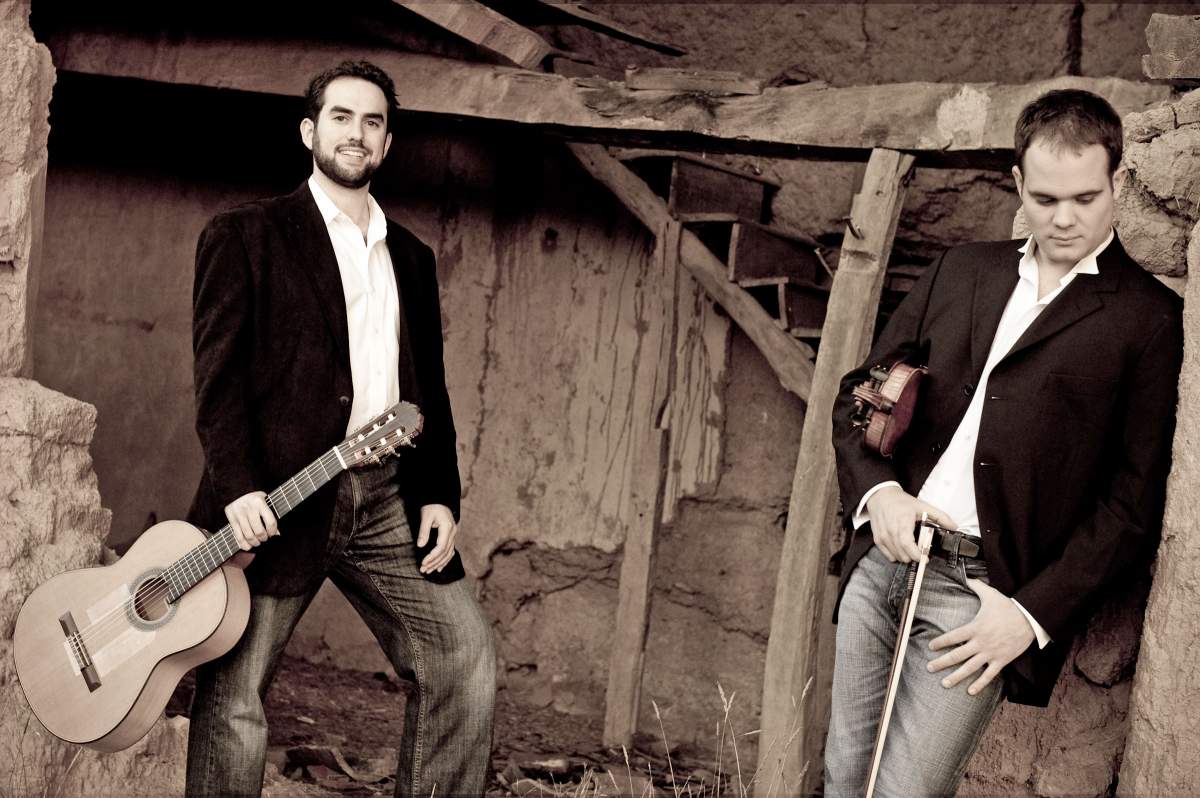 Violinist William Knuth and guitarist Andrew Levin call themselves Duo Sonidos and they have a CD of music of Astor Piazzola, Salvador Brotons, Eduardo Morales-Caso and Manuel De Falla on their own label.

The two met in graduate school at the New England Conservatory. "I had just moved back from Europe and Adam was from Chicago, so neither of us knew anybody," says Knuth. "So we just signed up for chamber music class and were put together. I was excited to be playing something a little different from string quartets and string trios."

Levin was equally positive about the opportunity. "For a guitarist, it's a real honor to be playing with instrumentalists other than guitarists. To enter into the world of strings, which has a much vaster repertoire than that of the guitar was very interesting to me. From the outgo we just got along, we understood one another and we tried to forge a friendship and musical relationship that works on the stage."

The More Familiar, And The Less

People may have heard the music of Astor Piazzola and the music of Manuel De Falla, which form an anchor of familiarity on the CD, but the work of Salvador Brotons and Eduardo Morales-Caso is less familiar.

"Salvador is a friend of ours from Barcelona," says Knuth. "He's a conductor and composer. The Tre Divertimenti were actually written for flute and guitar, but work very nicely with the violin. It's a very interesting piece, a little different from the standard rep' that people play with guitar. It's kind of our idea to take the staples on the CD and to introduce some new things that we think are great as well."

Music From A Web Encounter

Another of those new things is Volaverunt: Homenaje a Francisco Goya by Eduardo Morales-Caso.

"Actually our relationship with him began because of a piece we heard on iTunes," says Levin. "We e-mailed him, he was intrigued by us and we were intrigued by his musical language. It was immediate friendship and he wrote us this fantastic piece for violin and guitar."