David Miller: WFIU's Artist Of The Month for July 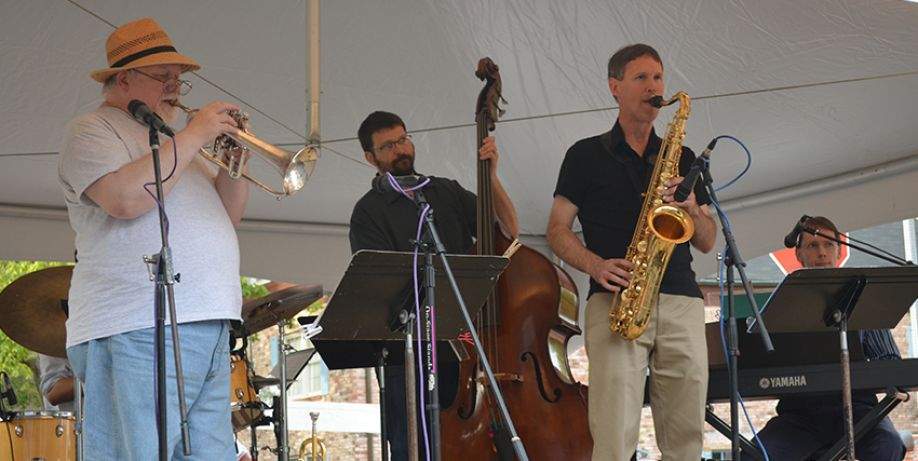 WFIU's Featured Artist for the month of July is jazz artist and impresario David Miller.

From ensembles as diverse as the straight-ahead jazz styles of the Milestones Quintet to the avant-garde sounds of Üt Haus, jazz trumpeter David Miller has been at the forefront of South Central Indiana's jazz scene.

Originally from Greenfield, Indiana, Miller came to Bloomington in 1966 to study biology and later sociology at Indiana University.  Although his intent was not to focus on music, after auditing a jazz history course taught by IU Jazz Professor David Baker, Miller began to play regularly with other area musicians.  After graduation in 1971, he continued to perform jazz locally and began working in various record shops. Beginning in the 1980s, Miller became a music promoter at the Second Story nightclub, bringing jazz artists into Bloomington from across the country, including Woody Herman, Slide Hampton, Maynard Ferguson, and Sun Ra.

In 1977 Miller formed the Jazz Fables group with pianist Michael Weiss and tenor saxophonist Jerry Weldon. Over the years the Jazz Fables have become a Bloomington institution, performing a mix of original modern jazz compositions as well as arrangements of modern jazz classics and standards. The Jazz Fables Quintet currently consists of Miller on trumpet and flugelhorn alongside IU faculty members Tom Walsh on saxophone and Luke Gillespie on piano with current IU jazz studies students and alumni playing bass and drums.

The Jazz Fables Concert Series, founded by Miller in 1989 at Bear's Place in Bloomington, regularly features jazz faculty and students from the IU Jacobs School of Music as well as internationally renowned guest artists.  The Concert Series will celebrate its 25th Anniversary at Bear's Place this September and will begin its current season on Thursday, July 3 with New York City virtuoso  pianist and IU alum Cory Smythe. The concert will also feature the Kyle Quass Group with bassist Jeremy Allen and drummer Ben Lumsdaine along with Miller on the pocket trumpet.

"David Miller's Jazz Fables has meant a great deal to the jazz scene in Bloomington," pianist Luke Gillespie commented in a 2002 interview with the Indiana Daily Student. "Miller has been a constant supporter and promoter of jazz music over the years, and his Jazz Fables performances with many visiting jazz artists, especially at Bear's Place, have helped to expose jazz to a wider audience, including students, faculty and the extended Bloomington community."

Recognized for his many contributions to the cultural community in Bloomington, Miller received the 2003/2004 Al Cobine Award, given annually in recognition for outstanding services to the jazz community of South Central Indiana. He is currently serving as the Jazz Booking Committee Chairman for the 2014 Grant Street Jazz Festival, which will take place in Bloomington on Grant Street between Kirkwood and Sixth Street on Saturday, August 23.

WFIU will feature performances by David Miller in our jazz music programming throughout the month of July.