From Fred & Ginger To Dancing With The Celebrities 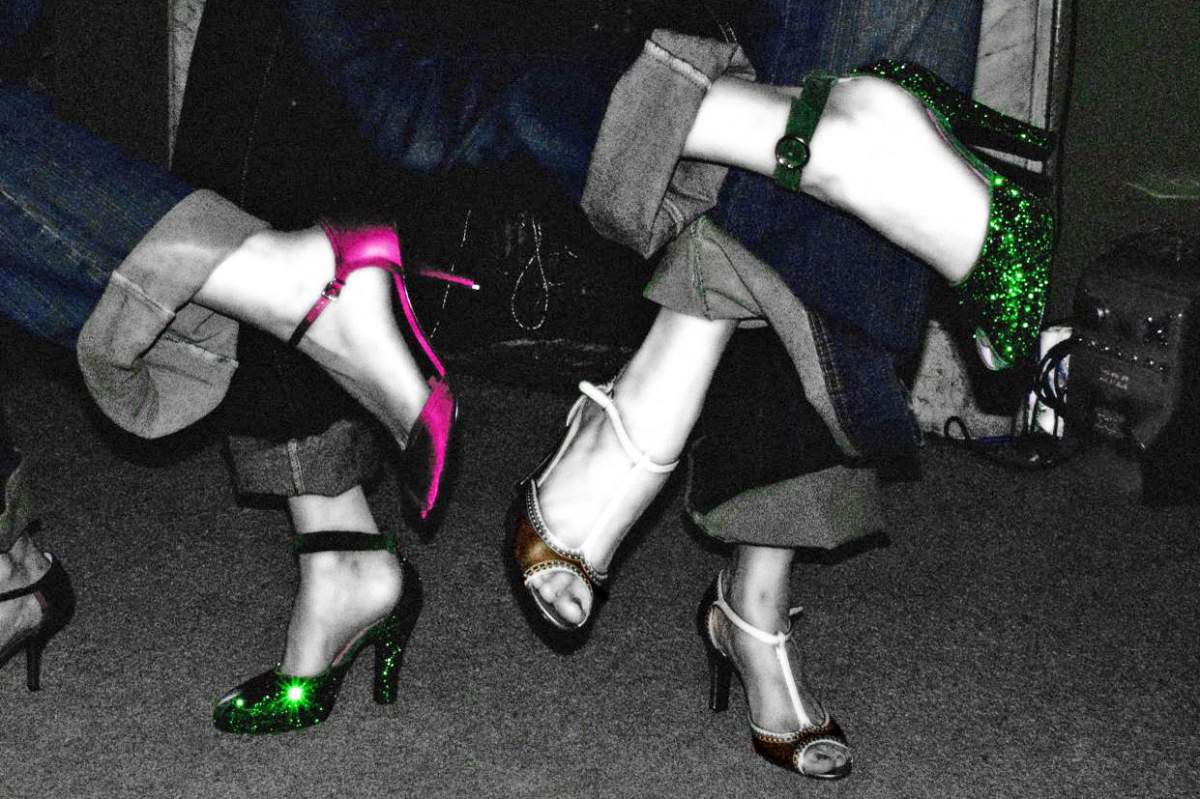 It's Thursday night at the Arthur Murray Dance Studio in Bloomington. This is the weekly dance party where students get to try out their moves. A couple dozen people have paired up for a foxtrot.

I'm not brave enough to jump in. I've been taking dance lessons for about three months, but as I watch Benjamin and Meredith Wendell float around the dance floor with such ease, I'm reminded that I am a novice.

The Wendells have been dancing together for 15 years. It was Benjamin's idea to start lessons at Arthur Murray. He came into it with zero ballroom experience.

"I did have a one-month unit in dancing in fifth grade," says Benjamin. "Does that count?"

No, Benjamin. That doesn't count.

Foxtrot, swing and Viennese waltz. Those are the three dances I've learned this summer as part of my involvement with Dancing With The Celebrities. Just like the Wendells, I had no dance background when I started. That very first lesson, we all remember it well.

"Everyone remembers their first lesson. Everyone gets the same lesson," says Benjamin.

Meredith jumps in, "Everybody's lesson is foxtrot, and it starts with slow-slow-quick-quick."

That's what my first session sounded like back in May, as I learned the forward basic. With this step, we're making a beeline to the other side of the dance floor. Ryan Rud-Cloud is my dance partner. He's an instructor at Arthur Murray. He teaches foxtrot to beginners all the time.

You can dance a slow foxtrot or a quickstep, as it's called. You just need music that's in 4.

I meet with Ryan three times a week to cram as much ballroom knowledge into my feet as I can. In today's lesson, he's teaching me how to change directions in the foxtrot.

Hard to visualize, but if you've seen a Fred Astaire and Ginger Rogers movie, you've seen this move.

They don't necessarily maybe connotate (foxtrot as) young and fresh and that it's a dance for everybody.

The 1935 movie Top Hat, for instance. They dance a basic foxtrot as Fred Astaire sings "Cheek To Cheek." They glide around the floor. They rise-and-fall together. It looks so effortless.

People have been dancing the foxtrot since it was introduced in 1914 by Broadway performers Vernon and Irene Castle. It was perhaps most popular in the 1930s, the decade when Fred and Ginger made most of their movies together. Mary Alice Powell wonders if this could be why some of her new students think of the foxtrot as old-fashioned.

"They don't necessarily maybe connote (foxtrot as) young and fresh and that it's a dance for everybody," she says. "They really end up loving it actually and it surprises them, and that makes me happy as a teacher."

She's also an instructor at Arthur Murray. She cues up "Sexy Silk" by pop singer Jessie J from 2010. This is a foxtrot, too, she says. She grabs Ryan, and they're off, improvising a foxtrot together.

"A lot of twinkles," says an out-of-breath Mary Alice. "It's a wonderful way to move around the floor because you go up and down, and it gives you that Fred and Ginger look. Definitely not your mom's foxtrot."

My performance is today, and I feel pretty confident. I know the basics. I know my routines. I ask the pros Meredith and Benjamin for any last-minute suggestions on my technique or my timing with the music. They keep it simple.