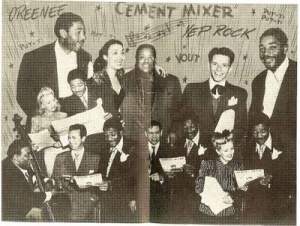 The Night Before Christmas 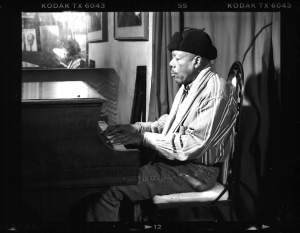 Not Afraid To Live: Frank Hewitt

The best pianist you never heard: the story and posthumous musical legacy of Frank Hewitt. 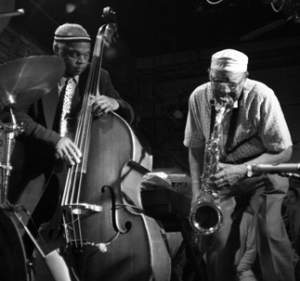 Bassist Henry Grimes played with everybody from Benny Goodman to Albert Ayler and appeared on some of the 1960s' most significant jazz recordings before vanishing for more than 30 years. Long rumored to be dead, he was discovered living in Los Angeles in 2002. William Parker, a bassist who'd been strongly influenced by Grimes' work, donated an instrument to Grimes, who began to play again...

Baritone singer Johnny Holiday performed with some big bands in the 1940s (including a brief stint filling in for Johnny Desmond in the 1945 edition of the Glenn Miller Orchestra) and went on to release several albums in the 1950s, two of them made with West Coast jazz musicians, that received good notices but failed to sell well. Holiday spent the next few...

In the late 1970s tenor saxophonist Dexter Gordon returned to the United States after a fourteen-year-long sojourn in Europe; a series of wildly successful gigs and a new contract with Columbia Records persuaded him to stay. We'll hear music from the live double-album Homecoming, as well as... 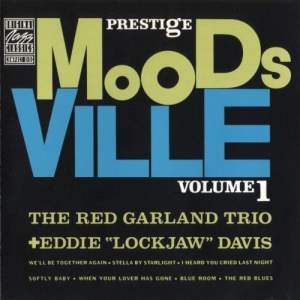 Jazz for jazz-loving lovers: the first of a series of shows looking at the Moodsville releases.

Peter Gunn was a hit TV crime show with jazz at its center that ran from 1958 to 1961, with Craig Stevens (described as "a poor man's Cary Grant") as the stylish, jazz-loving private detective title character, and often directed by Blake Edwards, who would go on to make The Pink Panther several years later.

In the autumn of 1962 three jazz giants-Duke Ellington, Charles Mingus, and Max Roach-met for an album session that has become legendary. (So legendary, in fact, that it's inspired an audio storyboard). Years later, Roach observed...

Composer and film scorer Victor Young received more than 20 Oscar nominations for his film work, and he authored some of the most frequently heard melodies in the jazz canon. 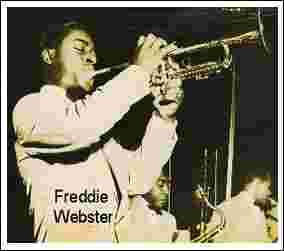 The Man Before Miles: Freddie Webster

Trumpeter Freddie Webster is one of the great lost-legend stories of jazz, significant because he influenced both Miles Davis and Dizzy Gillespie, little-known because he recorded only a few scattered solos and because he died at the age of 30 in 1947. 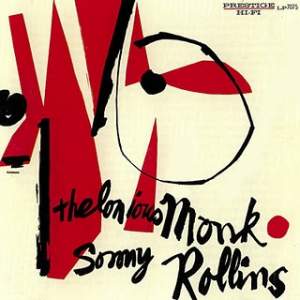 When Rollins met Monk: the saxophonist was a hip, humorous, and musically expert foil for the brilliant corners of the pianist's mind.

At The Birth Of Bop

Count Basie: The 1950 Octet And Combo

In January of 1950, beleagured by the business woes that had afflicted so many other big bands around this time, Count Basie broke up the orchestra that he had been leading for 14 years. The small group that he formed in its wake featured younger, bop-oriented musicians such as tenor saxophonist Wardell Grey, baritone saxophonist Serge Chaloff, and clarinetist Buddy DeFranco.

This week on Night Lights it's "Alexandria the Great," a program devoted to the late 1950s and early 1960s recordings of the little-known singer Lorez Alexandria, who left a Chicago gospel background behind for the world of jazz, recording with Ramsey Lewis, Wynton Kelly, and others. Often compared to Sarah Vaughan and Carmen McRae, Alexandria also liked to...

In the early 1970s trumpeter Lee Morgan was striking out in new directions, incorporating elements of modality, free jazz, and fusion into his music. Tragically, his life and career were cut short when he was shot to death at the age of 33 by his longtime lover in a New York City jazz bar. We'll hear music from Morgan's final...

In the early 1950s vibraphonist Teddy Charles made a series of records with Shorty Rogers, Jimmy Giuffre, and others, that still escapes easy definition today-was it Third Stream? Was it West Coast? Was it cool jazz? We'll hear selections from his albums...

Although there had been tribute LPs to other artists before Billie Holiday-Bix Beiderbecke and Fats Waller among them-the concept really took off in the two years before and after Holiday's death in 1959, as six albums dedicated to the iconic singer...

This week on Night Lights it's "Jazz Studio 3 &amp; 4: John Graas and Jack Millman," two more entries in Decca's mid-1950s Jazz Studio series. John Graas was a classically-trained French horn player who worked with several famous big bands in the 1940s and who studied with both Lennie Tristano and West Coast music guru Wesley La Violette. In the 1950s he...

In the early 1950s Decca responded to Clef/Verve jazz impresario Norman Granz's Jam Sessions releases with a series of "Jazz Studio" titles. We'll hear "Tenderly" from Jazz Studio 1, which featured lengthy numbers much in the manner of the Granz records; soloists include tenor saxophonists Frank Foster and Paul Quinichette (aka "the Vice-Prez," so called for the...

But I Was Cool: Oscar Brown, Jr.

This week on Night Lights we honor the memory of singer-songwriter and activist Oscar Brown Jr., who died on Sunday, May 29 at the age of 78. Brown, the son of a well-to-do South Side Chicago businessman, participated in the labor movement and progressive politics of the 1950s before trying his hand at composing and performing...

Turn Out The Stars: Jazz Elegies

Pianist and composer Andrew Hill burst onto the jazz scene in the early 1960s with classic albums such as Black Fire and Point of Departure on the Blue Note label. Hill continued recording for the label throughout the 1960s, but many of the sessions went unreleased. After listening to the tapes last year with Mosaic producer Michael Cuscuna, Hill...

Jazz Goes To The Cold War

"Jazz Goes to the Cold War" takes a look at the U.S. State Department's sponsorship of international jazz tours during the 1950s and 1960s. In 1956, as both the Cold War and the civil-rights movement heated up, the American government asked Dizzy Gillespie to assemble a new big band to promote the image of American freedom around the globe.

In the mid-1950s Art Pepper had already served two prison terms on narcotics charges and was struggling to re-ignite the promising solo career he'd started several years earlier after leaving Stan Kenton's orchestra. 1956 was a spectacular year for Pepper, and the recordings he did for the Aladdin label, featuring West Coast greats such as...

Music For Peace: The Sacred Jazz Of Mary Lou Williams

Mary Lou Williams, the pianist, arranger, and composer whose career in jazz traced a line all the way from the Kansas City scene of the late 1920s through the swing era, bop, the 1950s jazz expatriate community, and an academic job at Duke in the late 1970s, also helped to pioneer sacred jazz in...

Why Don't You Do Right: Una Mae Carlisle And Lil Green

Una Mae Carlisle and Lil Green both were popular jazz-and-blues singer-songwriters in the 1940s; both spawned hits for Peggy Lee; and both are largely forgotten today. Carlisle, a teenage piano-playing protege of Fats Waller, wrote and recorded the hits...

Even White Girls Get The Blues

"Even White Girls Get the Blues" is a look at three late-1950s blues-concept LPs by white female vocalists. Selections are included from Lee Wiley's 1957 RCA album A Touch of the Blues (backed by Billy Butterfield and His Orchestra), Julie London's 1957 "blues noir" LP About the Blues, and Jo Stafford's 1959 concept record...

On this edition of Night Lights it's "Word From Mingus," a program of Charles Mingus' 1950s spoken-word collaborations with poet Langston Hughes, monologuist Jean Shepherd, and actor Melvin Stewart. We'll also hear Mingus' own performance of his piece "Chill of Death," written when Mingus was...

On this edition of Night Lights it's "Meet the Jazztet," a program of recordings taken from the recent Mosaic collection of Benny Golson and Art Farmer's work for the Argo and Mercury labels between 1960 and 1962. Some of the players who passed through the Jazztet included McCoy Tyner, Harold Mabern, Cedar Walton...

Not long after bassist Charles Mingus' death in 1979, three men who had played frequently with him throughout the 1970s-pianist Don Pullen, tenor saxophonist George Adams, and drummer Dannie Richmond-began a group of their own, adding bassist Cameron Brown.

Ken Burns' new documentary about Jack Johnson, the first African-American heavyweight boxing champion, is not the first film about the boxer; in 1970 William Cayton made a documentary as well, with a soundtrack by Miles Davis. This edition of Night Lights features music taken from the Sony/Legacy box-set MILES DAVIS: THE COMPLETE JACK JOHNSON...

Several recent Pacific Jazz re-issues of Chet Baker are the focus of this edition of Night Lights, including Chet Baker Ensemble, Chet Baker Sextet, and Chet Baker Sings and Plays. These recordings were all done between 1953 and 1955, when Baker's star was ascending and he was relatively untroubled by...