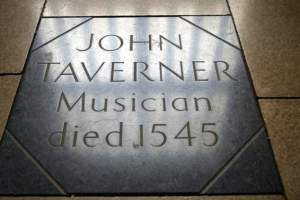 Let’s take a quick look back in time...to the year John Taverner died. 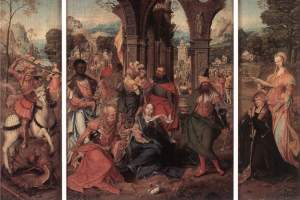 This week, a little holiday cheer a la Charpentier. 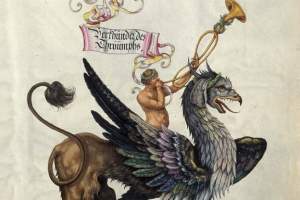 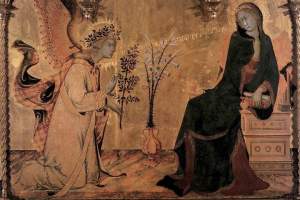 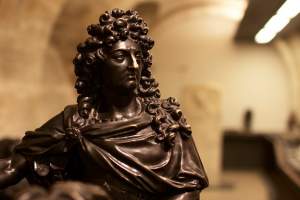 Dancing In The Court Of The Sun King

We’ll dance at the court of Louis XIV to works by Jean-Baptiste Lully, and sound the bagpipe across time and space! Plus, a featured release by Anonymous 4. 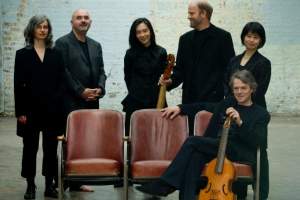 Fretwork's Reinterpretation Of The Goldbergs

This week, Bach's influence continues to spread to the string instruments. 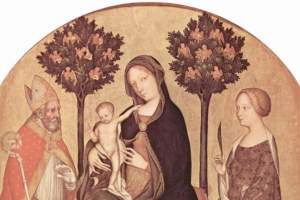 Let’s take a quick look at the history of an icon of the Christmas season: jolly old Saint Nicholas. 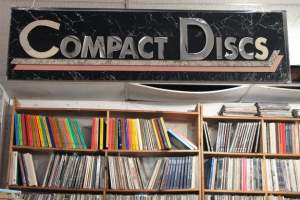 We’ll hear from Theatre of Voices, Gloriae dei Cantores Schola, The Choir of Westminster Cathedral and more. Maybe you’ll discover something for your wish list! 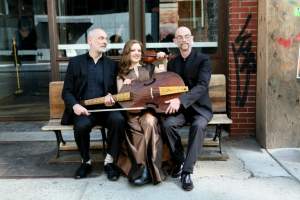 An ensemble stops off in France after their exploration of other European centers.

A further list of holiday CDs for your perusing pleasure! 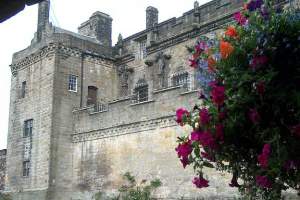 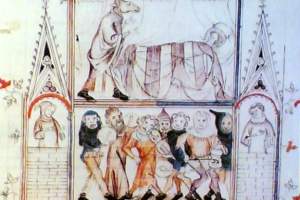 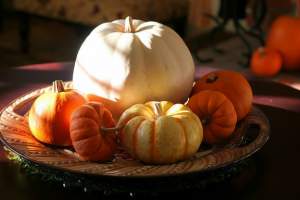 We'll hear merchant cries from London, witness the marriage of music and ritual, and dine at a Musical Banquet. For dessert: a featured release from A Chantar. 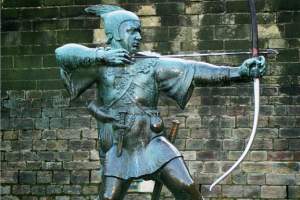 Robin and Marian before Nottingham and the Merry Men. 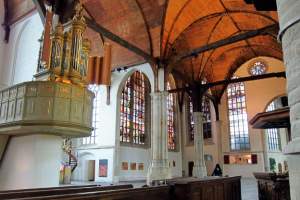 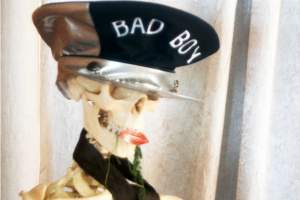 We're investigating a line-up of musical bad boys from the Renaissance. Plus, music by Scottish composer Tobias Hume on our featured release, Alas Poore Men. 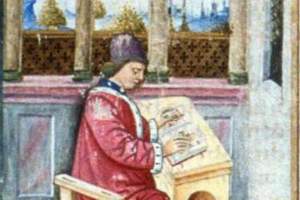 This week, organ work by one of the original masters.

The Far Side Of The Veil

We’re exploring the veil between this life and beyond through music.

This week, a fresh look at Bach’s Goldberg Variations.

A sampling of music from Anonymous 4's newest album.

A Spotlight On Harry Christophers

We’re honoring the work of Harry Christophers – conductor, singer, and founder of The Sixteen. Plus, highlights from EMA’s Young Performer’s Festival and more.

Music And Dance Together In Seventeenth-Century France

A composer who could coordinate more than just his fingers.

Let’s take a quick look back in time… We spun the wheel, and it landed on 1578…a year of news and a year to remember.

A live performance by Ensemble REBEL from the 2011 Indianapolis Early Music Festival…plus, recorder music from a featured release by Nina Stern.

This week, music from one of the many English Henrys.

An all-too-short summary of what happened at the 2011 Bloomington Early Music Festival.

It's a mini-early-music tour of Rome. We'll visit Vatican City, sample some Roman Carnival music, and more. Plus a featured release by The Cardinall’s Musick.

Thank You For Supporting Harmonia Online!

Many thanks to everyone who pitched in. We made our goal, raising over $1000 for Harmonia's online services!

Some theorists heralded the arrival of new musical eras; others chose to reflect on the musical achievements of past generations and peers.

Could You Spare A Dime For Early Music?

We're getting closer to our goal of $1000 by Labor Day. If you appreciate our Harmonia archives, please let us know by giving now. Any amount is helpful!

This week, getting back to the basics of church music.

Let’s take a quick look back in time…in a special Harmonia Time Capsule tracing the history of one of the world’s most well-known cathedrals.

We don't mean to beg, but we need your support to continue this educational service.

What Do You Know, Chalumeau?

Music for the chalumeau. Plus, some chant from the early Maronite Christian tradition, and we'll hear from the Gregorian Ensemble of Notre Dame de Paris.

Let’s take a quick look back in time... Diaries, conspiracy theories, and the death of an artistic genius: 1669…a year of news and a year to remember.

A Spaniard In The Papal Court

A family dynasty that makes the Sopranos look like the Cleavers.

Let’s take a quick look back in time…featuring the most significant arts patrons in Rome during the second half of the 17th Century.

A Bohemian violinist walks away from one employer for the hope of greener grass on the other side.

Let’s take a quick look back in time . . . in a special Harmonia Time Capsule featuring a famous bestiary.

Harmonia goes where the wild things are as we delve into music inspired by the beasts within.

Let’s take a quick look back in time…to the year 1455…a year of news and a year to remember.

Power To The People!

A look at some musical manifestations of people taking their lives into their own hands.

Let’s take a quick look back in time to the year 1599…a year of news and a year to remember.

Revisions to an old tradition make for some great early music in the 20th century.

From France, To Italy, To China: Highlights From The IEMF

Let’s take a quick look back in time. Cupid shot his arrow, and it landed on 1493…a year of news and a year to remember.

Recorder music with an eastern twist by artist Nina Stern.

We're revisiting a CD of American music with its roots in the old country.

Who Is Shakespeare's Dark Lady?

An excerpt from Angela Mariani's conversation with Lawrence Rosenwald about an upcoming world-premier concert at the Amherst Early Music Festival.

Let’s take a quick look back in time…to the year 1789…a year of news and a year to remember.

Music you might have heard in the homes, churches, taverns, and theaters of the North American colonies, around the time of the American Revolution.

Let’s take a quick look back in time…to 1759…a year of news and a year to remember.

A Spanish town with a French king and Portuguese daughter.

The first British colony in the US, the oldest church in the Philippines, and a cutting-edge opera – 1607… a year of news and a year to remember.

An obscure composer from the end of the sixteenth century

Looking for an early music festival in your area this summer? Check out this schedule!

Ronn McFarlane And His Indigo Road

This week, an ancient instrument serves as the muse for new music.

The noble falcon, a crazed cyclops, and music imitating the sounds of battle - an exploration of of birds, beasts, and battles in Renaissance and Baroque music.

String Quartets In The Eighteenth Century

A Renaissance woman during the late seventeenth century.

We asked our listening audience to tell us their favorite pieces of early music.

This week, a recording where east meets west and the old and new blend together.

This week, music from one of the many Bach children.

On our podcast this week, praise to a different kind of mother.

This week, a turbulent relationship with an Italian institution.

A look at flower themes in music, with a special focus on the rose. Plus, we’ll hear a featured release of Christopher Simpson’s “The Monthes.”

This week, necessity is the mother of a new vocal genre.

This week, a look back at a land before time: the music of Ancient Greece.

A composer makes a bad political move and almost makes off with some musical gems!

Film, Harp, And Dance In Cincinnati

I recently attended an art film in Cincinnati and wanted to share my thoughts.

One of the most versatile Renaissance composers revisits a versatile format near the end of his life.

A look at the poetry behind some of the most popular Renaissance vocal music. Plus, Nigel North performs in a featured release of music by Robert Johnson.

This week, the keyboard music of a child prodigy takes center stage but this time, in the form of a French girl born in 1665.

A Springtime Celebration With Early Music Song And Dance

It's a celebration of Springtime with songs and dance music from the Middle Ages, Renaissance, and early Baroque.

We’re featuring the music of an early baroque composer whose compositions were considered unusual-if not downright quirky.

One of the 17th Century’s most famous women—her life, arts patronage, and historic accomplishments are explored as well as music associated with her court.

German, French, and Chinese Music from the 17th Century

Harmonia marks the 25th anniversary of Early Music America with a look at its past competition winners. Part two looks at the accomplishments of the Concord Ensemble, Masques, and Plaine &amp; Easie. Jordi Savall continues his exploration of traditional music from Scotland and Ireland in the featured release Celtic Viol II.

You Gotta Have (Renaissance) Love

Help us put together a program of listener favorites.

A continuation of the Orpheus Chamber Orchestra’s commissions of new works inspired by the Brandenburg concertos of J.S. Bach, The Cardinall’s Musick completes their Byrd Series, and Jordi Savall explores music around Dimitrie Cantemir.

Two recordings of Renaissance and Baroque music from Spain with Jan Willem Jansen and Poul Pock-Steen.

Music of the Americas with the Boston Camerata

Patriotic and devotional music from early America as well as music from New Spain.

Harmonia marks the 25th anniversary of Early Music America with a look at its past competition winners. Part one of two looks at the accomplishments of Ensemble La Rota, Asteria, and the Catacoustic Consort. Jordi Savall and Le Concert des Nations perform in featured release of music from the time of Louis XV.