The Ghosts of Harmonia Past

Mr. Scrooge won't be the only one revisiting history in December. 2006 marks 15 years of Harmonia programs, and this week we'll be celebrating by traveling back in time with a retrospective of holiday shows from the past 5 years. Also, new releases by the Orlando Consort as well as Paul Hillier and the Estonian Philharmonic Chamber Choir.

On Harmonia this week, the second half of a two-part program featuring an interview with viola da gamba virtuoso Jordi Savall. Also, a new release of sonatas and partitas from John Holloway.

Renowned Catalan viola da gambist Jordi Savall remarked that people of Cervantes’ time would have “heard a soundtrack in their minds while reading" Cervantes' Don Quixote. This was the inspiration for a recording project by Hesperion. This week and next week, Jordi Savall will tell us more about this and many other recent recording projects.

On Harmonia this week: The Broken Consort repertoire was unique to Elizabethan England. Its varied yet limited instrumentation yielded very beautiful results. This week on Harmonia, we'll explore the repertoire and its different guises.

As we know from pop culture’s fixation on Corleones and Sopranos, there is a fascination with powerful Italian families. Politics and gangsters aside, Italian families in the Renaissance were also some of music’s most generous patrons. This week we look at the musical contributions of the Gonzagas, who ruled Mantua for nearly four hundred years.

Baroque composers were notorious for ingratiating themselves to people of power, wealth, and influence. One way they usually did this was to dedicate a composition to a person who had something they wanted. We'll look at dedication pages and their results. 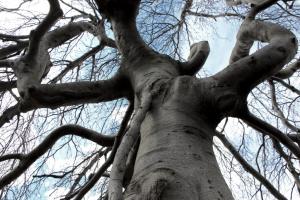 Witchcraft and black cats, horror and death. We'll provide these and more with spooky, scary, and strange music from the past. And after you've gotten a good dose of chills appropriate to the season, we'll give you a treat with a new recording from Stephen Stubbs and Teatro Lirico.

On Harmonia this week: Music performed during funerals normally has little direct significance for the deceased. Yet in the Baroque Era, a person of high profile would be honored with music especially composed in their honor. This week on Harmonia, we'll look funeral music of the Baroque.

On Harmonia this week: The most popular 17th-century music that came from the New World to Europe was usually based on dance types. Every emotion could be expressed through movement, from the Chacona to the Xacara. This week we'll look at New World dances.

Heinrich Ignaz Franz von Biber’s pieces for violin, as well as a sampling of his vocal and larger instrumental works.

Music for political unions, peace treaties, and other cessations of hostility.

A mix of music and food, as well as compositions about food.

The word opus has several meanings. In Latin, it simply means work. In music, it refers to a single composition which has been given a number usually indicating its publication order. This week on Harmonia we'll look at the opus 5 from the 17th and 18th centuries.

The Ill-Tempered Klavier: A Brief History of Keyboard Tuning

The world of temperaments and tunings, and what they mean.

A sampler of early music in movies, as well as a recent release of music dedicated to Lady Penelope Rich.

Much Ado About Mozart... in Vienna

On Harmonia this week: When Wolfgang Amadeus Mozart moved to Vienna in the early 1780's, he knew very well where he was going. Vienna was the center of the Hapsburg Empire which supported a wealth of music and musicians. Although preeminent, Mozart was not the only composer with an excellent reputation.

Early-Burly: Dance Music from the Renaissance and Baroque

Music for dancing from the 16th through the 18th Centuries.

Jefferson the Musician: Works From His Personal Library

Da Vinci a la Mode: Music from the Time of Leonardo Da Vinci

Composers and music from the time of Leonardo da Vinci.

Rustic musical instruments and compositions in imitation of birds.

Suggestions to lend a wedding ceremony some early music flair.

Plays Well With Others

This week on Harmonia we take a look at the evolution of the Orchestra as we know it, and the trials and tribulations of its creation.

Eighteenth century composer Georg Phillip Telemann may be best known for his orchestral suites and sacred cantatas, and as a professional rival of J.S. Bach. But he definitely had a lighter side. This week we explore Telemann the storyteller, with character pieces that were written strictly to make the audience smile, or even giggle.

Harp music from England, Wales, Scotland, and Ireland was known throughout Europe for its beauty and technical brilliance. Harmonia will sample harps with gut strings and harps with metal strings and hear how each contributed to the flowering of these unique instruments. Also, two recent releases from Harmonia Mundi.

A Tenor is Not What You Think

A “tenor” is not what you think. No, this week won’t feature popular Irish singers or famous opera stars. Much music from the middle ages and Renaissance employs a foundation melody called a tenor. It’s not quite the bass line, and not quite the tune. We’ll explore the various ways composers have used tenors to create all kinds of music.

What’s so special about music from Spain? Is it just the sound of a strumming guitar or the exciting rhythms of folk dance? Or is Spain’s unique musical history more complex than that? Harmonia will explore the sounds and influences that give early Spanish music a flavor distinctive from all other European music.

Have men and women ever really understood each other? In honor of Women’s History Month, this week’s program will explore songs composed from the woman’s point of view, some written by women, and some by men, on themes ranging from true love and its loss to revenge and beyond.