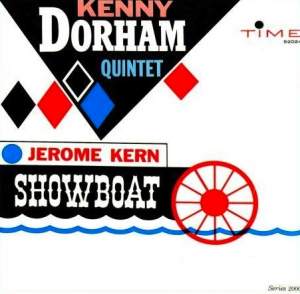 This week on Afterglow it's "Jazz Impressions of Showboat," where we pay tribute to the 80th anniversary of the Jerome Kern-Oscar Hammerstein musical's launch.

Songs of the Season: Christmas 2007

This week on Afterglow it's our annual "Songs of the Season: Christmas" program, with more music from the new Buselli-Wallarab Orchestra CD Carol of the Bells, as well as recordings by Nat King Cole, Al Hibbler, Peggy Lee, Dianne Reeves, and many more. Happy holidays from all of us at WFIU!

Let It Snow on Afterglow

This week on Afterglow we commemorate the holidays, including music from the new Buselli-Wallarab Christmas CD, Carol of the Bells.

This week on Afterglow it’s “Joni + Jazz: Joni Mitchell,” with a program highlighting both jazz interpretations of the singer-songwriter’s work, as well as some of her own jazz-influenced recordings.

This week on Afterglow we continue our recently-founded annual tradition of playing the music of Hoagy Carmichael on the Friday after Thanksgiving. We’ll feature interpretations of Carmichael classics from performers such as Art Blakey, Benny Goodman, Nat King Cole, Frank Morgan, Nina Simone, and many others.

An 80th-birthday tribute to the singer critic Larry Kart once described as “a dominating vocal presence whose music is full of hard-earned wisdom and truth.”

Ghost of a Song: Otherworldy Songs For Halloween

This week on Afterglow we get into the “spirit” of things, so to speak, with “Ghost of a Song,” a program of otherworldly songs in honor of the upcoming Halloween holiday. Prominent among our ethereal cast are Fred Astaire, Nina Simone, Lambert, Hendricks and Ross , Leon Redbone, Billie Holiday, Peggy Lee, and many more musical apparitions.

This week on Afterglow we’ll feature the mid-1950s American songbook recordings of Sarah Vaughan, featuring the singer in mostly orchestral settings performing songs by Irving Berlin and George Gershwin, as well as her hit duet with Billy Eckstine, “Passing Strangers".

The Songwriter Sings: A Celebration of Johnny Mercer

A lyric writer for many American-songbook standards, Johnny Mercer was also the co-founder of Capitol Records, and he frequently appeared as a singer on the label’s sessions throughout the 1940s; his wry, laid-back, and jazzy delivery helped create even more hits for the young company. 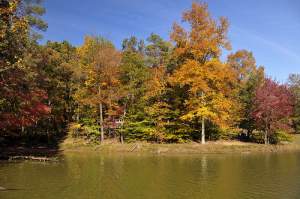 Songs of the Season: Autumn

This week on Afterglow it’s our annual songs-of-the-season ode to autumn, with music for the fall from many classic performers of jazz and American popular song. We’ll also feature the rarely-heard 1950 Indianapolis Symphony Orchestra’s performance of Hoagy Carmichael’s “Brown County in Autumn".

This week on Afterglow we’ll feature the 1940s vocal recordings of Johnny Mercer. A lyric writer for many American-songbook standards, Mercer was also the co-founder of Capitol Records, and he frequently appeared as a singer on the label’s sessions throughout the early and mid-1940s.

This week on Afterglow we'll feature music from the last five years of Nat King Cole's career. We'll devote an entire set to his masterful late-night torch-ballad record Where Did Everyone Go , and we'll hear Cole's collaborations with George Shearing and Billy May, plus more music drawn from the new Bear Family collection, L-O-V-E .

It's Magic: Abbey Lincoln on Riverside

This week on Afterglow we'll feature the early recordings of singer Abbey Lincoln, made for the Riverside label in the late 1950s, that showcased her jazz vocal chops before she went on to make social-message albums such as We Insist! with husband Max Roach.

Mark Murphy: Love Is What Stays

This week on Afterglow: new release from singer Mark Murphy, Love Is What Stays. We'll also hear a newly-released live 1977 duet between Ella Fitzgerald and Stevie Wonder and new music from Sonny Rollins, Joe Lovano and Hank Jones, and Larry Willis, and more.

This week on Afterglow we’ll feature a recent collection of Judy Garland’s late-1950s and early-1960s Capitol albums. Though Garland has sometimes been branded as a showbiz belter, we’ll be highlighting some of the torch ballads that she recorded for Capitol with arrangers like Gordon Jenkins and Nelson Riddle. 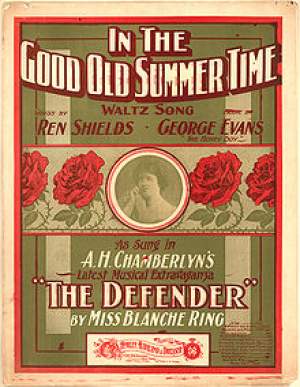 Songs of the Season: Summer

This week on Afterglow it’s “Songs of the Season: Summertime,” as we greet the arrival of June with music from Helen Merrill, Irene Kral, Nat King Cole, Louis Armstrong, Astrud Gilberto, and much more, including a set of songs devoted to that favorite summer pastime, fishing.

A look at the music of World War II, featuring topical songs, radio broadcasts, and an interview with historian Michael McGerr.

This week on Afterglow it’s “Sinatra in Hollywood,” with music from the many movies of Frank Sinatra, including Pal Joey , Anchors Aweigh , High Society , Guys and Dolls , and more, as well as unreleased recordings from The Man With the Golden Arm and an aborted 1954 animated production of Finian’s Rainbow (which features, among other things, a Sinatra-Ella Fitzgerald duet).

This week on Afterglow it's "Stardust Melodies," a program based on Will Friedwald's book about 12 of America's most popular songs. We'll hear some of the stories behind these American classics, as well as performances by Sarah Vaughan, Louis Armstrong, Frank Sinatra, Billie Holiday, and more.

This week on Afterglow we feature songs from The Erteguns’ New York: New York Cabaret Music . Compiled by Atlantic Records co-founder Ahmet Ertegun, this collection chronicles the cabaret jazz singers that he and his brother Nesuhi enjoyed seeing in the world of 1940s and 50s Manhattan. 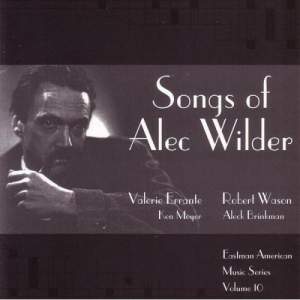 This week on Afterglow it’s “The Alec Wilder Songbook,” in honor of the composer’s centennial. Wilder wrote “A Child Is Born,” “I’ll Be Around,” “Who Can I Turn To,” and many other songs that have achieved status as minor classics in the Great American Songbook canon.

Songs of the Season

This week on Afterglow we feature music from the late singer Susannah McCorkle, subject of a new biography by Linda Dahl. She began her career as an interpreter of the Great American Songbook when such music was far from fashionable, and she developed a style that fell somewhere between cabaret and jazz.

This week on Afterglow it’s “Ballads By Brownie,” featuring music from trumpeter Clifford Brown, including his collaborations with vocalists such as Sarah Vaughan and Helen Merrill, as well as recordings from his With Strings album.

This week on Afterglow it’s “Southern Style” as we feature reissues of two of torch-jazz singer Jeri Southern’s 1950s Decca LPs. Jeri Southern was a singer and pianist who retired in 1961 while she was still in her prime; known for her intimate, direct vocal approach (one critic called it “conversational”).

This week on Afterglow we celebrate the 75th birthday of jazz singer Mark Murphy. Murphy is one of the most hip and enduring jazz singers on the scene today, and he remains active, with a new CD from the Verve label on the way. On this program we look back at recordings spanning the length of his career, which began in the mid-1950s.

This week on Afterglow we feature Roberta Gambarini. She came from Italy to the US in the late 1990s on a scholarship to the New England Conservatory of Music. After finishing third in the Thelonious Monk International Jazz Vocal competition, she moved to New York City and came under the tutelage of musicians such as jazz great Benny Carter.

This week on Afterglow we'll feature selections from a new collection of Duke Ellington's late-1930s small-group recordings. Ellington had started out as a small-group leader in the 1920s, and had done such recordings on an occasional basis before beginning this series in 1936, partly in an effort to reach out to the jukebox trade.

This week on Afterglow it’s “Rene Marie Just Has to Sing", featuring jazz vocalist Rene Marie. Influenced by classic singers such as Sarah Vaughan, Ella Fitzgerald, and Betty Carter, Marie has developed her own voice and approach, and her performances—particularly in concert—have a compelling electricity about them.

The Decca recordings showcased Holiday in larger-ensemble, somewhat more commercial settings (as opposed to her previous small-group work with jazz greats such as Teddy Wilson and Lester Young); she came to the label via Milt Gabler, who had already recorded her for Commodore Records, and who heard an unrealized pop potential in her work. 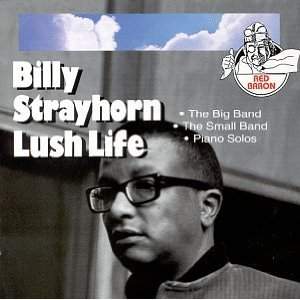 This week on Afterglow it’s “A Portrait of Billy Strayhorn.” In recent years two books—David Hadju’s biography Lush Life and Walter van de Leur’s musical study Something to Live For —have shed much light on the life, times, and art of the man who played such an important part in Duke Ellington’s sound from 1939 on.

This week on Afterglow we’ll feature the music that pianist Bill Evans recorded in late 1961 and early 1962, following the death of his bassist Scott La Faro. The two of them, along with drummer Paul Motian, had made recordings in the summer of 1961 that would eventually set the template for the sound of the modern piano-jazz trio.

This week on Afterglow it’s “Frank Sinatra on V-Disc.” . These were non-commercial recordings that were made for, and distributed exclusively to, soldiers, sailors, and other American military personnel serving in World War II.