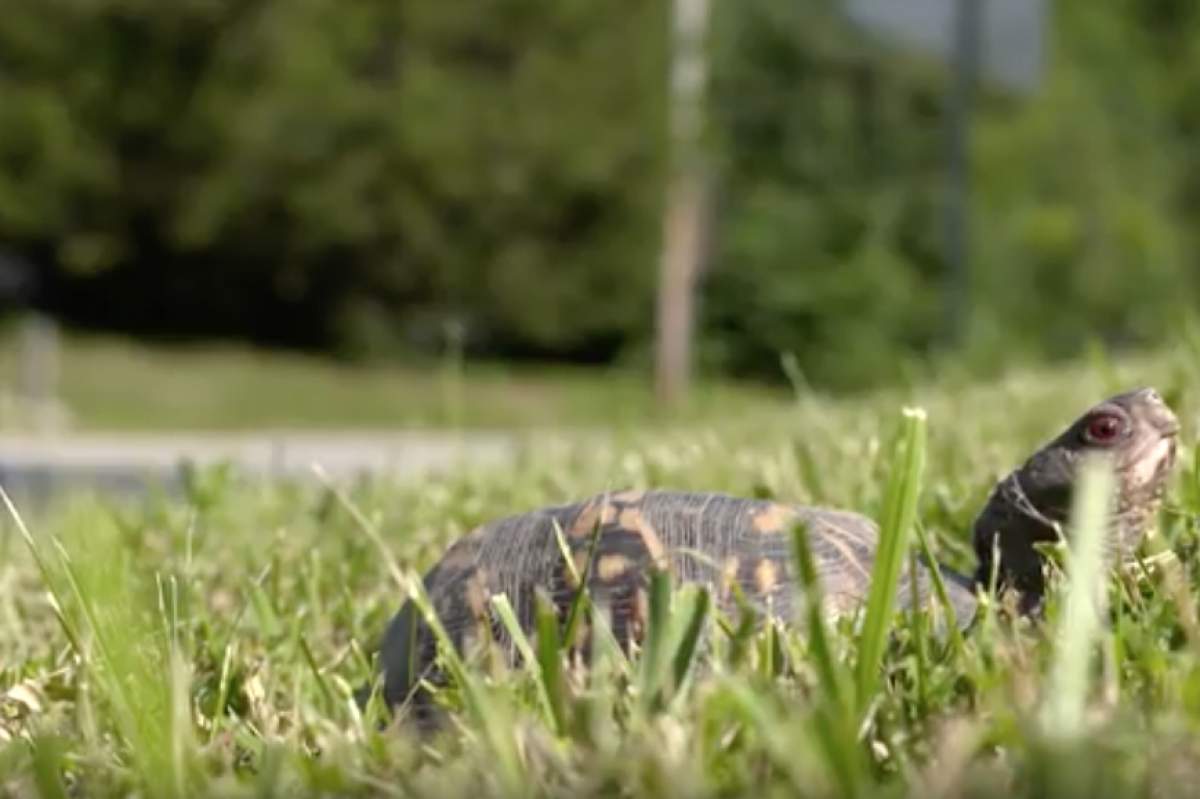 On this episode of Wild Science, meet the Eastern Box Turtle ( Terrapene carolina ).

Eastern Box Turtles are incredibly cool. They use geo-imprinting navigation. Their brains can capture the exact GPS location of where they find food. So, for example, some Eastern Box Turtles really like morel mushrooms. In April when the morels begin to appear, they know the location of every single morel mushroom that grows within their 1/4 of a mile square territory.

The geo-imprinting navigation that Eastern Box Turtles use means that if they're born in the wild, they need to stay in their territory. So, if you see one of them crossing a road, yes, you should help it get across.

But only help them cross the road. Taking Eastern box turtles out of their territory, and away from that quarter of a mile they have geo-imprinted can put their lives at risk.