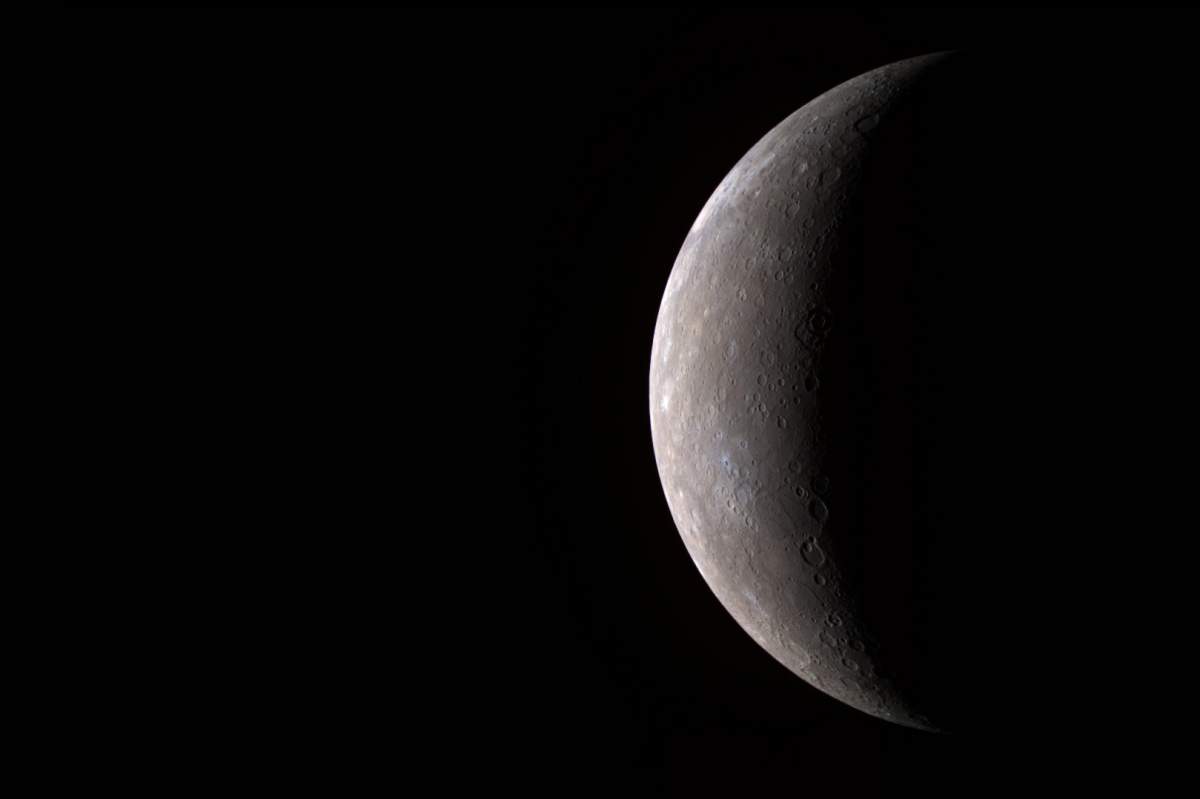 The great astronomer Carl Sagan used to say that if he were transported anywhere in the solar system he would know which planet he was on just by looking around. Here's what life would look like on Mercury:

You're standing at the equator on Mercury just before sunrise. We'd better put you in a protective shelter, because it's mighty cold--something around 300 degrees below zero, Fahrenheit. That's cold enough to freeze methane. But things are looking up--by midmorning it should be a balmy 80 degrees outside. Of course, because of its rotation and orbit, midmorning on Mercury comes 20 Earth days later, so you have a long wait.

When it finally arrives, though, you step outside in a protective suit and bounce around in the low gravity. The ground is rocky and covered in craters. There's no atmosphere at all, so the sky overhead is black, even though the sun is perfectly visible. In fact, the sun is far bigger, and brighter, than you've ever seen it on Earth-- a sun 11 times as bright! Not only that, the temperature is still climbing. By high noon it will be up to 800 degrees Fahrenheit, hot enough to melt zinc. Clearly this is no place for humans, so you better get out of there!

Every Mercurial day, which lasts 176 Earth days, the planet undergoes the same unbelievable temperature fluctuation from super-cold to super-hot. Makes you glad to have a nice, temperate planet like Earth to come home to.